Racism and Fraud in Orthodoxy 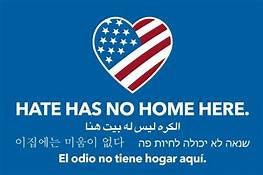 In light of the recent attacks by a black couple in Jersey City and a black man in Monsey, there might be a propensity for some of us to express racist comments about our fellow black citizens.

The question arises, ‘Are Orthodox Jews racist? Unfortunately the answer to this questions is not an unequivocal no. I wish I could say otherwise. But there are some Orthodox segments among us that (generally speaking) are racist.

But that isn’t even the half of it. The greater problem is that there are prominent people in the Orthodox world that know it and prefer to keep it quiet. The truth does not matter to them. The only thing that matters is our reputation as Orthodox Jews.

How do I know any of this? Rabbi Yosef Gavriel Bechhofer has just posted a video lecture (see below) on the subject that is very revealing in this regard. It’s based on a experience he had many years ago. He had written a letter against racism to the editor of the now defunct Jewish Observer (JO) – which was then the mouthpiece of Agudah.

The JO never published anything without the approval of its editorial board. Which based on the Daas Torah of their rabbinic leaders whom they refer to as the Moetzes. The letter was rejected. When Rabbi Bechhofer asked that editor why, he was told that even though they believe racism to be wrong, it would not do any good since those communities would in any case not change – so why ‘air our dirty laundry in public?’.

The answer was not all that shocking to me. I have offered much the same explanations myself for this attitude in the past. Many times. But what was still shocking to me his admission that it not only exists, that he knows it is wrong, and yet  it pervasive and irreversible in those communities. He continued explaining: People who have come here from Hungry and other Eastern European countries believe that ‘Goyim are there to be cheated.’ They were nasty to us over so many years and don’t deserve any better from us now!’

That exchange happened many years ago. Long before the explosion of Orthodox Jews caught cheating the the government in a variety of ways. At that point Agudah finally started speaking out publicly against cheating the government. This happened after a prominent Chasidic Rebbe was convicted of tax fraud and money laundering.  Needless to say that was a Chilul HaShem of enormous proportion. The excuse of not airing our dirty laundry in public no longer applicable.

I recall the Midwest Agudah convention that  year where fraud was finally acknowledged and condemned. If I recall correctly it was the theme of the convention. Sadly the motivation was not sourced in the evil of fraud itself but on the Chilul HaShem that results. In other words, once again the real motivation was about preserving our reputation.

With respect to racism, I have as of yet not seen any such condemnation of it as it exists among us. I suppose that the rationale might still be that in the case of racism we have not yet been exposed that way so, again,‘Why air our dirty laundry in public?!’

I could not disagree more! Wrongdoing must be exposed and forcefully condemned long before someone else does it for us. It does not do us any good to bury the truth because exposing it makes us look bad. The truth always comes out eventually. Wouldn’t it be better to get ahead of it and  condemn it?

The refusal to give Mussar because you believe no one will listen is just plain wrong. The Jewish people whom God has chosen as His treasured people should be leading the charge of decency. Not covering up wrongdoing to make us look good. At the end of the day, it will only make us look worse if we wait until it’s exposed.

In my view hiding the truth is not what God expects of us. It is our mission to bring the light of justice and goodness into the world by teaching - and more importantly - by doing what’s right. Leading by example. It is not our mission to hide an ugly truth and hereby allowing it to be perpetuated.