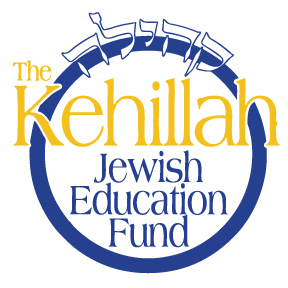 The tuition crisis is not going away anytime soon. In fact as most people who pay tuition for their children’s  Jewish education already suspect, it will probably only get worse.

Whenever I discuss this issue with a tuition paying parent, I can feel the tension in the air. There are two groups that do not feel as impacted by the tuition crisis. The very wealthy who not only pay full tuition for their kids but donate huge sums of money to their children’s schools. The very poor who are on full or near full scholarships are not as affected by it either, although more so than the very wealthy.

It is the vast middle class that is affected. Even those with decent incomes that would normally allow them to live very comfortable lifestyles are often pressed to sacrifice some of that and pay more of their income in tuitions than parents of even substantial but lesser means. If for example one has 5 children at $15,000 per child in tuition (a conservative figure) than a full tuition bill would be $75,000 per year. So people with 6 figure incomes on partial scholarships too. But they are pressed to pay as close to full tuition as they can. One can easily see that an income of $100,000 per year will after taxes be woefully short of the ability to so.

Tuition committees operate on the principle that after certain allowance are made for basic necessities of life (e.g. mortgage payments, monthly food bills, energy and fuel costs - among many other legitimate expenses) the rest of a family’s income is considered money available for tuition up to the full tuition bill. From the school’s perspective, it’s about meeting their budget which for the most part includes paying their teachers a decent wage. You can’t blame the school for insisting that parents pay as much of their tuition bill as they can since tuition generally reflects the cost per child. And you can’t blame the parents for feeling the financial squeeze and resenting it.

One parent I spoke to recently told me that she had an opportunity to get a higher paying job that would entail more work… and she almost passed it up. She told me that as soon as the scholarship committee found out she had more income, it would all go towards her tuition bill. Which to her meant that she would be working harder with no real gain in income. I can’t really blame her.

This is the classic conundrum of Jewish education. We all want the best education for our children, and yet the truth is that we can’t really afford to pay for it.

I’ve written about this problem before. There are some things that can be done to deal with this situation.  I’ve mentioned some innovative ideas here before. Like Dr. Yosef Walder’s idea to hire a top teacher in a given subject, pay them well and let all the day schools share him. Or something like Chicago’s Kehilla fund, where the religious community contributes a monthly amount (in amounts ranging from $5 per month to $500 per month) to a general fund to be distributed equally on a per capita basis to the teachers. (Another Walder idea). Or the Chicago Jewish Federation’s endowment fund for education, where Jewish philanthropists donate huge sums of money that will be invested and whose profits will be distributed to the schools.

Every once in while something unexpected  happens on the financial side of Jewish education that warms the heart. Just before Rosh Hashana, an anonymous philanthropist donated a half million dollars to be distributed to all teachers in the day school system. And by all, I mean not only Rebbeim and Moros, but secular studies teachers as well. Even of they weren’t Jewish. Every one got a bonus based on the number of hours per day that they teach. (I believe the average amount was $1000).

Needless to say the teachers were shocked to receive a check like that as a bonus at the beginning of the schools year. And just when they needed it the most – prior to the holiday season. They were shocked, but happily so.

I don’t know how many schools in the country had anything comparable to this happen. But I haven’t heard of any. And even if there was something like this taking place elsewhere, how many paid their secular studies teachers as well - including the non Jewish ones?

I don’t know who this anonymous philanthropist is, But it would not surprise me if it was the very same Dr. Yosef Walder, who values secular studies and has done so much to improve them in all of the schools. He is a man of great humility and shuns the limelight. Which would explain the anonymity.

But whoever it is, as a member of the Chicago Jewish community, I want to personally thank him or her for helping to make Chicago the great city that it is.

Of course this will not solve the tuition crisis. Parents will still be pushed to pay as much as they can towards their full tuition bill. But it sure is nice to hear some good news about education in light of the dire financial  circumstances Jewish education faces.
Posted by Harry Maryles at 9:48 AM