Kiruv from Without and from Within 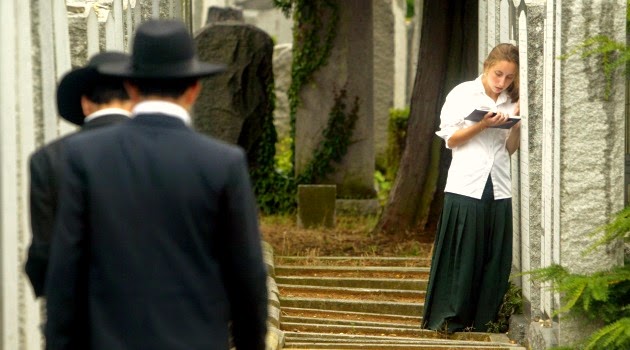 There is a very disturbing story in Kveller about Kiruv. Kiruv is what we generally call reaching out to Jews who are not observant.

First let me say that there are many fine organizations that do tremendous work in this area. They inspire people to become more religious by using honey rather than vinegar. By showing  young Jews with no background the beauty of Judaism instead of focusing on the fire and brimstone, many unaffiliated Jews have become observant and have given meaning to their lives.

But there is occasionally a downside resulting in unintended consequences as the story in Kveller tells us. Sometimes the parents of a newly observant Jew - commonly called a Bal Teshuva  (BT)- or returnee to observant Judaism - become alienated from their children.  There are several possibilities that can explain why this does occasionally happen.

The author of that Kveller story is the mother of a young woman that became a Bal Teshuva. She describes the events that led her to see Kiruv as akin to kidnapping! She talks of the  great lengths she went to accommodate her daughter’s new found religious lifestyle. But to no avail. Her daughter became completely alienated from her. She was obviously very hurt by that and blamed the Kiruv group that reached out to her daughter for that.

Rabbi Avi Shafran has written a response to that article in the Forward.  He basically says that there are several possibilities that might explain what happened which do not necessary entail  ‘kidnapping’.

First he said that there are always at least 2 versions of a story and wonders if the daughter would have described the situation differently. He also mentioned the fact that legitimate Jewish outreach actually encourages BTs to retain and even enhance their relationship with their parents. But in some cases people use their new found religious observance as an excuse to deal with a pre-existing problematic parent child relationship.

There are other reasons that might explain it.  Sometimes a Kiruv organization will insist on its own Chumros without telling them that they are only stringencies and not basic Halacha. Which I find to be unscrupulous. That can cause unnecessary friction between a parent and child.

There is also the possibility that a religious cult like Lev Tahor will use Kiruv as a tactic to gain control over someone’s life. Which of course requires severing all past relationships. Especially those of parents and family. They will convince cult members that the negative influences of their parents home requires them to sever any relationship with them.

These are just a few of the possibilities that might help explain what happened between this BT and her mother.

One thing is clear to me. Any legitimate Kiruv organization will never try to sever the relationship with a parent. The opposite is true. What often happens is that even the parents become observant too. But even if they don’t they will respect their children’s choices and accommodate them.  The love between parent and child remains intact.

This article actually raised a question in my mind involving Kiruv of another kind. One that usually takes place in Israel during what has come to be known as the gap year. Which is the year a religious high school graduate takes to study Torah before he comes back to continue his education. The phenomenon is sometimes referred to as ‘Flippng out’.  A child will go to Israel with one Hashkafa and comes back with an entirely different one.

The reaction by some parents to this is similar to the reaction by the mother of the BT in the Kveller story. If a parental home is one with a Modern Orthodox orientation where for example higher education is valued along with Torah study - and the child now rejects higher education in its entirety opting instead to continue Torah study only -  does a parent have the right to feel that the values he taught that child have been rejected by him because he was in fact ‘re-eductated’  by his Torah teachers in Israel?

Is that the same thing as a non observant parent dealing with a child that became observant?

There are similarities. But I think there is a major difference that justifies a religious parent being more upset by the move to the right than there is for a non observant parent being upset that their child became a BT.

One might argue that the opposite is true since the break from the past is greater in the latter than it is in the former.  But if one looks at it from a Halachic perspective (of all Jews being responsible for each other) convincing a fellow Jew to become observant  is far more important than convincing him to be more Machimir. Or worse changing his Hashkafa and in the process denigrating the Hashkafos of his parents.

But what happens in far too many cases is that young people coming back from Israel adopt an entirely different set of values that are anathema to the values with which they were taught at home. And if they go far enough to the right - these values that can harm them. Even though their children might see these values as the ultimate expression of their Judaism.

For example what if a child had always aspired to any given vocation or career because of an aptitude and interest in it. And therefore sought the higher education required to achieve it. But while in Israel he is convinced to abandon those aspirations as secondary to the ‘true calling’ of every Jew to sit and learn 24/7. And he is also encouraged to have as many children as humanly possible.

That child will be harmed. He will miss his true calling. He will lack a decent well rounded education. Aand perhaps most importantly he will be unable to support his large family. He will have to rely on charity, free loan societies and the generosity of their parents that in many cases bleed themselves dry financially to help that child. (Who wants to see their children starve?)

So it is quite understandable to upset at ‘Flipping out’.  Because that can very easily lead to a life of poverty. And worse a dysfunctional family where children go OTD.

So when it comes to ‘Kiruv’ by the right of children from Modern Orthodox backgrounds I behooves us to know the score.  Parents must do their due diligence and find out where recruiters from Israeli Yeshivos are coming from. They should find out what their real intentions are… and what the actual Hashkafos being taught there are. Recruiters can often mislead parents about their real intentions.

Look  at their products. What are their ‘graduates’ like when they come back? Was there any change? What was that change?

They should also talk to parents whose Hashkafos are similar to their own that have sent their children to a Yeshiva in Israel. Ask them if they are happy with the result… and see what that result actually is.

The gap year can be a very positive and productive period of growth in ones Judaism. Nothing wrong with becoming more serious. But when it leads to a radical departure from the Hashkafos you tired to instill in your children. The consequences could be devastating.