Does This Make Me Open Orthodox? 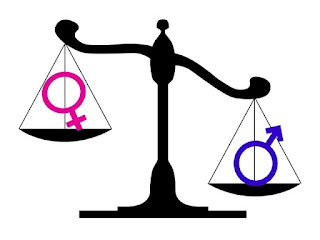 Once again, Rabbi Avrohom Gordimer has written a critical essay in Cross Currents about Open Orthodoxy which is difficult to disagree with. The thrust of his critique is based primarily on the words of Rav Yosef Dov Soloveitchik (hereafter called the Rav). If one adheres to the Rav’s words one cannot possibly accept the ‘credo’ Rabbi Gordimer attributes to them. Which is as follows:

As Rabbi Gordimer makes abundantly clear later in his article, this is something that is fully rejected by the Rav. Who goes so far as to say the following:

Even those who admit the truthfulness of the Torah Shebe’al Peh (the Oral Law) but who are critical of Chachmei Chazal (the Talmudic Sages) as personalities, who find fault with Chachmei Chazal, fault in their character, their behavior, or their conduct, who say that Chachmei Chazal were prejudiced, which actually has no impact upon the Halacha; nevertheless, he is to be considered as a kofer (denier).

Based on some of the examples cited in that article (and many of the views I have seen espoused by some of them), I believe it safe safe to say that Open Orthodox rabbis adhere to the credo Rabbi Gordimer ascribes to them. Just as it appears that the Rav would have considered that credo kefira (heresy).

That said, there is one point that I think needs clarification. It is something mentioned in Rabbi Gordimer’s article and something I have written about in the past, but bears repeating in this context. It is the bracha I say every day of shelo asani isha – thanking God for not making me a woman.

Unlike those in Open Orthodoxy who want to either dispense with this brahca entirely – or even if they don’t - imply that chazal were guilty of misogyny, I don’t do that. I believe that chazal had a good reason for composing this bracha. These were great people whose compassion, integrity, and sense of justice and fairness had few is any peers. Not then, and not now. I just never understood what that reason was. I have never heard a satisfying explanation of it. Not that there aren’t answers available. There are.

That partially explains it. But in the case of women, I have to ask, since both men and women are a part of God’s chosen people, why are women given less opportunity then men to do mitzvos? Does that God gave men an unfair advantage over women?

The answer is of course, no.

One explanation I've heard is that is men and women are considered equal in the eyes of God. But men have to work harder to get where women already are spiritually. By their more spiritual nature women don’t need as many Mitzvos as men to rise to the same level of spirituality.

But that in and of itself creates a God given inequity between men and women – placing women above men. And even if I were to accept that inequity, why would I thank God for not making me a woman which would place me on a higher spiritual plane? I would think the opposite would be the case. Women should make the bracha ‘shelo asani ish’  - thanking God for not making them a man!

The response I have heard to that question is that automatically being on a higher spiritual level is not necessarily a good thing. It is much better to earn it through mitzvah observance than to have it given to you automatically.

But that too is not satisfying to me. Are women to be compared to the mentally impaired with respect to mitzvah observance?

Besides even if  were to accept that explanation - doesn’t that restore the question? Why is it fair to women to not have the same opportunity as men to earn a high spiritual level instead of just being granted one automatically be virtue of their gender?

So even as I respect chazal’s motives as being altruistic, I still cannot understand this bracha. Does this make me Open Orthodox – at least on this one issue? I don’t’ think so. The difference is that Open Orthodox rabbis have implied negative motives to chazal calling it ‘a terrible offense to women’. I am simply asking a question. One that has bothered me for a long time. And still does.
Posted by Harry Maryles at 10:47 AM