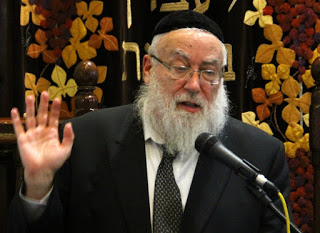 I remember Norman and Bernie Eisenstein. These identical twin brothers were students at HTC back when I was a student there in the late 60s and early 70s.  One of the things that stood out about these two brothers is how stridently anti establishment they were. They were zealots in expressing their negative views about the institution they were attending.

While many fellow students agreed with them about some of the negative things that we perceived back then, they were among the most strident and vocal in their criticism.

It is true that students have every right – and perhaps even an obligation to protest wrongdoing by the institution they attend.  Back then the big complaint was about the yeshiva policy of allowing its ordainees to accept non Mechitza pulpits. Most of us felt it was wrong and we said so. But there was something about the Eisenstein brothers that made their stridency stand out. I remember not feeling very comfortable around them.

Truth is that I did not have much to do with them during our time in the Yeshiva together. They left long before I did. And I had no clue what happened to them after that. I later heard that unfortunately, Bernie passed away.

I was made aware of Norman during the controversy surrounding Rabbi Natan Slifkin. Norman was now known as Nachum. And Rabbi Nachum Eisenstein has made quite a name for himself. Mostly as part of R’ Elyashiv’s inner circle and as his right hand man.

It was Rabbi Nachum Eisenstein that was one of the main conduits for the elderly Rav Elayahiv on matters outside of his immediate environment. Which surely affected the way Rav Elyashiv reacted them. It is not too hard to imagine the kind of spin given to Rav Elyashiv by someone like Rabbi Eisenstein. Which caused him to make the kind of pronouncements he did.

I can’t say for sure – I wasn’t there – but it’s quite possible that Rabbi Slifkin’s books would not have been banned by Rav Elyashiv had Rabbi Eisenstein not been the one to inform him about them.

Rabbi Eisenstein gets a lot of respect now.  I have to wonder though whether that respect isn’t based mostly on his relationship with R’ Elayshiv. There is a phenomenon known as ‘guilt by association’. This usually refers to a negative opinion about someone based on who he ‘hangs out with’. That is a poor way to judge someone though. The great sage R’ Meir used to hang with Elisha Ben Avuyah, a former sage after he broke bad. In spite of that relationship, R’ Meir didn't turn out too bad.

I think the same phenomenon can be applied to respect. Is Rabbi Eisenstein respected because of his association with R’ Elyashiv? I think that might have something to do with it. Does hanging out with great people make someone great? Not in my book.

I for one do not have all that much respect for Rabbi Eisenstein’s views. I remember how he was as a student at HTC. I doubt he has changed his personality much since them. He seemed to revel in controversy then. And he seems to revel in it now.

His latest comments were heard during a radio interview with  Dovid Lichetnstien some of which can be seen on Rabbi Slifkin’s blog, Rationalist Judaism: Here is some of the conversation quoted by Rabbi Slifkin:

Lichtenstein begins by asking Rav Eisenstein if there is a chillul Hashem in the number of charedim who live off government welfare. Rav Eisenstein emphatically denies that there is any chillul Hashem. He explains that the government has a responsibility to its citizens to enable them to live at a certain standard... There is no problem to choose not to work and to live off benefits.

The interviewer asks in surprise, "Is the Gemara's statement that a father has an obligation to teach his son a trade not relevant?" Definitely not, replies Rav Eisenstein, the Gemara is talking about a minor... if a father sends his kid to a school where he can learn the basics, to read and write, that's a trade... all those things you get from grade school. Many people got a higher education and still can't feed their large families of ten children. So getting an education is not the solution…

Well then, asks the interviewer, what is the solution?

The solution, replies Rav Eisenstein, is the one given by Rav Chaim Kanievsky. The solution is not to talk about it. Countless families in Israel marry off their children and provide homes for them. It's a miracle, and once you start dissecting it, it won't happen anymore...

Rav Eisenstein further explains that the problem isn't even that big to begin with. Hardly anyone in the charedi community needs to collect charity door-to-door, he claims. Most people get by, thanks to the miracle.

If the poverty situation in Israel among Charedim wasn’t so dire, this world be funny.

Relying on miracles?! That is his answer?! And hardly anyone needs to collect charity door to door? Really? This is the measure he uses about he financial well being of his community?!

Does he not realize how so many Avrechim manage to support their usually very large families? Has he not heard about the numerous Gemachs (free loan societies) established just to insure that at least they won’t starve? Is he not aware how many Avrechim borrow from one Gemach to pay back a loan from another?

Does he not know that many of them max out their credit cards? And then pay off the minimum balances each month – thus increasing the debt and the massive interest payments they must make every month? Does he not realize how often parents of these Avreichim help them out financially – often doing things like second mortgaging their homes, or selling life insurance policies, or working well past retirement age – just so they can help their children in a Kollel in Israel survive?

Sure, they don’t go door to door. Yet. But what happens when they finally do leave Kollel with absolutely no training for the workplace?  What happens to those that in far too many cases are unable to catch up with their educated counterparts in the work force that were properly educated?

Although there are a variety of programs designed to train Charedim that have left Kollel for the workplace – helping them catch up. Not everyone is capable doing it. Those people are left out in the cold with low paying jobs – unable to pay their bills? There are probably more than a few people like that. Is Rabbi Eisenstein so sure that none of them ever end up going door to door to collect charity for their situations?

I think he actually does know all of this. Rabbi Eisenstein is not stupid. But he is partisan. And if the official line of the Charedi world is that young people do not need an education, by golly he’s going to be the one to trumpet that the loudest. Once a Kanoi, always a Kanoi.


None of this surprises me. That’s how he was as a student back in HTC. When evaluating anyone’s public comments, it helps to know where they are coming from. That is certainly no less true here.
Posted by Harry Maryles at 11:28 AM