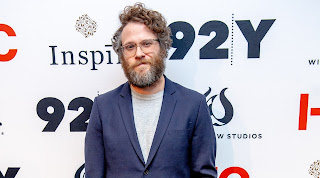 If not for the Torah, the Arabs would be right. I don’t know how many times I have quoted my Rebbe, Rav Ahron Soloveichik saying this. But it’s probably in the hundreds.

Those of us who knew Rav Ahron’s views supporting settling all of Eretz Yisroel might find this comment to be counter-intuitive to say the least. But I heard him say it along with the rest of my class.

Depsite the seeming incongruity this is very in line with his worldview. His views on settlements reflected his staunch view of what Halacha had to say about the Torah's prohibition against giving up any art of biblical Israel. (When I asked him about the Pikuach Nefesh issue his response was that giving up land to our enemies was an even greater  Pikuach Nefesh. (At the time I disagreed with him - instead agreeing with other Gedolim who felt that Pikuah Nefseh argued in favor of making a land for peace deal. But that is beside the point of this post.)

His support for settlements did not diminish his sense of justice and righteousness. Which is why he felt that the only valid argument for supporting Israel is the Torah. Otherwise we had no right to march in there and take control.

What about other compelling arguments for doing that? I’m sure R’ Ahron knew those arguments. He obviously felt that no matter what their need, colonizing land where other people lived was not right.

That being said, I am far more inclined towards the views expressed by Rabbi Yair Hoffman on VIN.  And yet, even there one can poke a few holes into what he said. For example: That our founding fathers did the same thing Israel’s founding fathers did does not make either of them right. There is also the fact that no Native American wants to drive the rest of us onto the sea. Nor do they even use their legitimate argument to insist giving the land our forefathers colonized belongs to them because they were here first. Native Americans simply want to be treated equally, much the same way black people do.

Why bring all this up at all? It is because of a viral video of where comic actor Seth Rogen trashes Both Israel and Judaism. Rabbi Hoffman took Rogin to task by countering his anti Israel diatribe with a well thought out response.

But if you think about it, Rogen’s view of the State of Israel doesn’t differ that much with R’ Ahron’s view - in the sense that they both agree that without the Torah, the Arabs would be right. The fact is that Rogein does not believe in the Torah – or any religion. Thus making our colonization of that land at the expense of the indigenous Arabs unjust. To quote Rogen (from VIN):

“To me it (referring to Israel’s existence) just seems an antiquated thought process. If it is for religious reasons, I don’t agree with it, because I think religion is silly. If it is for truly the preservation of Jewish people, it makes no sense, because again, you don’t keep something you’re trying to preserve all in one place — especially when that place is proven to be pretty volatile, you know? “I’m trying to keep all these things safe, I’m gonna put them in my blender and hope that that’s the best place… that’ll do it.” It doesn’t make sense to me. And I also think that as a Jewish person I was fed a huge amount of lies about Israel my entire life! They never tell you that — oh by the way, there were people there.”

There are two ways to come to Rogen’s point of view. Either because there was a lack of any serious Jewish education about our rights to that land. Or there was a relatively decent Jewish education but he went OTD – especially if it was because of intellectual reasons. Not sure which one applies to Rogen. Apparently he did have some sort of Jewish education but there is no way of knowing whether it was Orthodox, Reform, Conservative or communal.

Either way it leaves Jews like Rogen vulnerable to the anti Israel rhetoric made by Palestinian spokesmen and their sympathizers. Which include leftist academics, certain entertainment figures, and sometimes the mainstream media. Whose spin is almost always not in Israel’s favor.

If you don’t believe in the Torah or any religion, and are a liberal - then you tend to side with the underdog. It is then not much of a leap buying into the Palestinian narrative. I think that explains Rogen’s comments.

If you believe in the Torah that explicitly grants the Jewish people unequivocal ownership of the land, everything else Rabbi Hoffman says follows. It’s just too bad that this particular Jew does not.

Rogen is just another casualty of the trend of secular Jews leaving Judaism. He may still value a tradition or two (as in his example of sitting Shiva). But liking a particular ritual without believing in the Torah, makes it no more Jewish that an Irish wake.