Are 'Critical Race Theory' and Being 'Woke' Racist Terms? 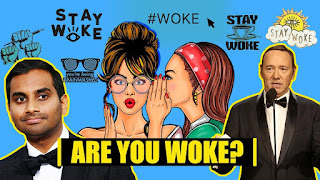 I can’t think of a better time to express my Hakoras Hatov to the country in which I live than on this day, the Fourth of July - America’s Independence Day.  I have said it many times. But it bears repeating in the current climate of America bashing by so much of the left. So I will repeat, the United States of America is the greatest nation on the face  of the earth ever to be conceived by man. It is a country defined by the words etched in the Statue of Liberty - authored by Emma Lazarus – welcoming the ‘wretched refuse’ of foreign nations to come here and thrive.

Although there have indeed been aberrations along the way due to those who refused to honor those words – most notably a major one during the Holocaust - on the whole America has been true to that credo. Which is why some of the greatest rabbinic leaders of our time referred to this country as the Medina Shel Chesed – the nation of kindness. That there are now immigration laws does not contradict that message.

America may not yet be the ‘perfect union’ the founding fathers strove for in Declaration of Independence, it is by far the closest to it than any nation has ever come to. They built into the system the mechanism that today enables anyone living here to achieve unprecedented success by virtue of their own initiative, hard work, and a little bit of luck. Many of today’s multi millionaires achieved financial success that way - without being born with a silver spoon in their mouth. Many have come from modest - even impoverished backgrounds.

That kind of success has not been limited to white Christian America. There are plenty of Jewish, Black, Hispanic, and Asian entrepreneurs and professionals that have achieved that goal. What America provides is opportunity and freedom. The rest is up to the individual. In this sense the US strives mightily to live up to the ideals expressed by the founding fathers that ‘All men are created equal’.

It is with all that in mind that I am so upset with the current obsession by the left that has does it level best to undermine that narrative. They do not see America as the land of opportunity. They do not see the genius or greatness of the founding fathers. They see a America’s founding based on racism. Which they say permeates every aspect of society to this day. The founding fathers are not seen as heroes, but as slave owners that believed black people are an inferior race. A belief that has been perpetuated generationally and fuels every accomplishment this country has ever achieved.

Before the current ‘awakening’ to the racism that has existed and still exists in America, this kind of thinking was relegated to the fringes of academia. One could always find a left wing black studies professor trying to undermine all that America has stood for as a big lie and treating the founding fathers as immoral racist slaveowners who used black people to achieve ideals meant only for white Christian America.  To them the founding fathers have having no redeeming value. They should therefore not be  celebrated but condemned; their statues torn down. They want to change how American history is taught as entirely racist. They might even say that the Fourth of July should be a day of mourning! How could they not feel that way with that kind of narrative?

It’s true that the founding fathers were slave owners. But that does not negate the high ideals they stood for. Even though they did not mean them to apply to slaves it nonetheless set the foundation that eventually give it to them once the world became enlightened to the evils of slavery and racism. Judging the past by today’s standards is unfair and undermines the very ideals they stood for that now applies to all of us.

Is there still racism in this country? Of course there is. But it is not its sum and substance. That is however what left wants us to believe. The truth is that the vast majority of Americans are not racist! Surely they would not do anything to hamper a black individual from achieving success - as the left would have us believe.

And yet is the kind of thinking that is increasing in our world today - in part because the media seems to be buying into it. Why is that the case?

It was Derek Chauvin’s casual murder of a black man that moved this kind of thinking from the fringes of academia into becoming more mainstream. The media seems to be increasingly buying into Critical Race Theory (CRT) having been awakened (i.e. being woke) to systematic racism that the left says defines America, implying that it will be perpetuated unless something radical is done. Like changing the way American history is taught as racist from its very beginnings and remaining so to this day.

What troubles me is that conservatives that use words ‘Woke’ or ‘Critical Race Theory’ are considered the enemy of the positive change - motivated by a core racism on the part of every white American. In other words if you don't buy into CRT you are racist whether you realize it or not.

This new kind of thinking is deeply imbedded into American consciousness these days thanks to the media which accepts it as truth and underlies all their reporting on the subject. the typical reader, listener, or watcher of the daily news may not have the presence of mind to realize it unless they think about what they actually are being fed. .

If we don’t watch out this phenomenon could destroy America as we know it. Instead of a country that believes and promotes equal opportunity for all it will become a country of attempted equal outcomes. That seems to be the way the current administration is going. They see unequal results; blame it on systematic racism and try to pass laws that will assure that results will be equal between all people. Last time that was tried on a major scale it called the Soviet Union. Which proved to be a massive failure.

This does not mean that we should ignore racism in this country whether overt or subtle. It surely exists and must be fought. It should be included as part of what is taught in our schools about American history. But what should not be done is to trash the founding fathers or the ideas they stood for that made America the greatest nation on earth. The last thing we need to do trash them. That has to be fought tooth and nail.

There must be a counter narrative that debunks Critical Race Theory. It must be loud and it must be clear. Those of us who love this country and appreciate all it has done and still does for us must not be deterred  by false accusations of racism. Because that is not what being a proud American Jew is all about.

Hakoras Hatov to this country should be the attitude of every one of us. You can be a patriot and still be against racism in all its forms. This is how I feel and should be the way every American Jew should feel.  God Bless the United States of America.