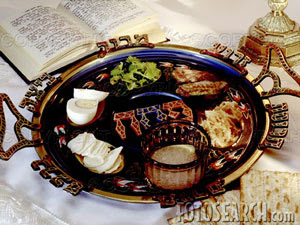 In the next few days before Pesach I hope to write a few short Divrei Torah suitable for the Seder night. One can also see last year’s contribution. We start with this:

The Gemarah in Pesachim (Mishna 116A,B) tells us the famous quote of Rabban Gamliel that we say the night of Pesah during “Magid" portion of the Seder: “Kol SheLo Amar Shloshah Devarim Elu B’Pasach, Lo Yatza Yedei Chovaso. Anyone who does not recite the following three things is not Yotze his obligation: Pesach, Matzo, UMaror.

The Maharsha tells us that we do this is to explain the reason of these Mitzvos as we do them.

The Tzelach asks the following question. Why do we add the word “Chovaso”, obligation? It would seem to be an extra word. In other places in Shas when the Gemarah talks about not being Yotzeh it ends with that word. It does not add the word “Chovaso” as does Rabban Gamliel here. For example: Hakoreah Es Shema VeLo Hishmia L’Aznov, Lo Yatza. Anyone who reads the Shema and his ears do not hear it is not “Yotze”. Not Lo “Yatza Yidei Chovoso”. What exactly is the intent of saying Yedei Chovaso?

There is a Machlokes about how that obligation was fulfilled and among one of them, is the position that it was through the Avodah Kasha. Because of the extreme hardship of the labor of the 210 years, God counted it as four hundred years. That is, it was the equivalent of 400 years worth of labor. And this is why the order of saying it is done out of sequence.

Now since Matzah is is to remind us of the redemption, and Maror of the enslavement, the order of Matzah and Maror, should have been reversed to reflect the actual chronology of events. But the truth is that it was the Maror, the bitterness of the slavery that actually caused our redemption. And this is the intent of Raban Gamliel. It is to tell us that even though our time had not yet been completed and there were still left 190 of slavery to fulfill, we were never the less leaving Egypt. Our Chov, our obligation was indeed fulfilled... Yatza Yidei Chovaso... by the Avodah Kasha as symbolized by the Maror and that’s why we say it last after Matzah. In other words the Maror is the symbol of the completion of our oblgation, and the true redemption from slavery in Egypt.

Taken from Torah L’Daas
Posted by Harry Maryles at 5:47 PM