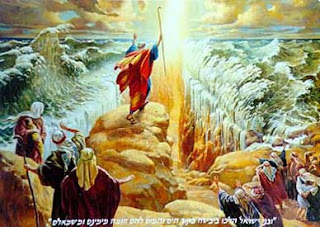 The Gemarah there tells us about a Machlokes between Rav and Shmuel in how we go about this. Rav says we begin by speaking about when our forefathers were idol worshippers and end with our service to God. Shmuel says we start with the fact that we were slaves in Egypt and end with being freed from slavery.

Rabbi Joseph B. Soloveitchik points out that the Halacha of “Maschil B’Gnus U’Mesayim B’Shvach” is a Mitzvah unto itself and not part of Sipur Yitzias Mitzrayim. It is learned out from the portion in the Torah that is said when one brings the “first fruits” to Jerusalem…the Bikurim. Upon doing so we say the portion of the Torah: Arami Oved Avi. Lavan (the Arami) tried to destroy our forefather (Yaakov). This is a G’nus (negative).

The primary issue between Rav and Shmuel is the following: According to Shmuel the purpose of this thankful praise is for delivering us from physical slavery and that is why he says to begin with Avodim Hayinu… we were slaves, and end with our freedom. According to Rav it is about the spiritual redemption of the soul. So we begin with our idol worshipping ancestors (Terach’s era) and end with our servitude to God.

It can be concluded that the omission of “Maschil B’Gnus U’Mesayim B’Shvach”. is not at all part of the Mitzvah of Sipur Yitzias Miytzrayim at all but a separate Mitzvah… a Din in Hoda’ah… the laws of thankfully praising God.

The answer is that of course Rav holds that one must mention that we were slaves in Egypt etc. That is indeed the fulfillment of Sipur Yitzias Mitzrayim. But the fulfillment of the requirement of Hoda’ah… the thankful praise requires “Maschil B’Gnus U’Mesayim B’Shvach” and that is only fulfilled with the by mentioning the idol worshipping ancestors and ending with service to God. That, Rav says is the entire purpose of the Yitzias Mitzrayim.

Taken From Harirei Kedem
Posted by Harry Maryles at 5:47 AM