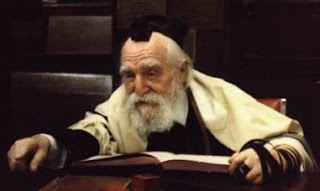 One often hears talk about ‘The Gedolim’. Gedolim is the plural form of the word Gadol, which means big or great. As a noun it refers to a great person. But what does it mean to be a Gadol BaYisroel – a great person among the Jewish people – great enough to be considered one of the Gedolei HaDor – one of the leaders of our generation? There has been little discussion about the qualifications for that position.

What makes someone a Gadol? That seems to be one of the most difficult questions to answer. I’ve written in the past about what I think the qualifications should be for that. They include but are not limited to encyclopedic knowledge of Shas, Rishonim, and Halacha and at least a working knowledge of Mada. They must also have a high level of Yiras Shamayim, a refined character, and highly developed degree of personal ethics.

Additionally they should have leadership capabilities, a certain type of wisdom that usually comes with age, and the willingness to unselfishly serve Klal Yisroel with great humility. Perhaps the most important characteristic of all is acceptance by their peers and their people - Klal Yisorel.

Occasionally one can become a Gadol without some of these traits - or at least greater strength in one area over another. But in the vast majority of cases all of the above traits are found in Gedolim at some level - perhaps excelling in one or two of them.

There is another category of being a Gadol BaTorah. His area of expertise is mostly Torah knowledge. But these giants in Torah are not necessarily leaders.

When looking at the leaders of the past, one can see these traits in spades. Just to name a few obvious names who have lived during my lifetime (in no particular order), Rav Moshe Feinstein (pictured), Rav Yosef Dov Soloveitchik, Rav Ahron Soloveichik, Rav Aharon Kotler, Rav Yaakov Kaminetsky, Rav Avroham Pam, Rav Yitzchak Hutner, Rav Yoel Teitelbaum, and Rav Menachem Mendel Schneersohn. There are many more but I believe these are representative of them. (For purposes of simplicity I have limited my selections to Americans.)

Unfortunately some among us would eliminate a few of those names based on their Hashkafos. That is sad but it is beyond the scope of this essay to discuss why that is the case.

The question arises - who today qualifies as a Gadol? Do they have the qualifications listed above? All of them? Some of them? Any of them? What are their qualifications exactly? Who recognizes them as such? Everyone? Most of us? Some of us?

I ask this in all sincerety with absolutely no rancor or intent to disparage or slight anyone. There are many fine Talmidei Chachamim in the world today. But are they Gedolim? If so, who are they and why? Who recognizes them as such and why?

It seems to me that today the qualifications for being a Gadol are somewhat more amorphous than they were in the past. How are they defined today? Justice Potter Stewart’s famous phrase comes to mind. To paraphrase: “I know one when I see one”. But what exactly does that mean? Is it membership in a ‘club of Gedolim’ that makes someone a Gadol today? Do people ascribe merit to people by association? In other words does an organization’s conferring the status of Gadol upon someone make others see him as a Gadol without knowing anything about them?

Agudath Israel has an entity called The Council of Torah Sages – better known as The Moetzes Gedolei HaTorah. They are a self perpetuating group that from time to time invites various people to join. Joining the Moetzes automatically confers upon them the title of Gadol.

Such a person may in fact be a Gadol. However, selections by an institution that wants to cater to many constituencies will - no matter how sincere – make political choices choosing someone because of his affiliation - lowering the standard of Gadlus to allow his entry into the ‘club’.

Often politics works in an opposite direction eliminating great people. Some are never considered for membership. For example the most prominent name missing in Agudah is that of Rav Hershel Shachter because of his association with Yeshiva University. I’m not sure he would accept if offered. But I am equally sure he would never be invited.

Agudah more than any other organization in the Jewish world are concerned with who the Gedolim are. Their very existence is predicated on obedience to the Gedolim. Their Gedolim are those whom serve on their Moetzes.

These gentlemen are all huge Talmidei Chachamim. Some are Poskim. Some are Roshei Yeshiva of major Yeshivos. Some are Chasidic Rebbes. I believe one of them is a Sephardi Rav or Rosh yeshiva. Their common features are that they were chosen by Agudah Moetzes members and they are all more or less Charedi. I ask in all sincerity without any attempt to slight any of them - what makes them each the greatest men of our generation?

I want to again emphasize that I ask this without any rancor or agenda. I respect them all as big Talmidei Chachamim who are willing to serve Klal Yisroel. I also believe – as I’m sure the members of the Moetzes themselves do – that the previous generation of Gedolim were on a much higher level.

I recognize that every generation by default has their own Gedolim. The Gemarah in Rosh HaShanah (25b) tells us that Yiftach, the ninth Shofet of Israel and a flawed leader of his generation was nevertheless its leader serving in the same capacity as a Shofet that Shmuel HaNavi did in his own generation. So by default we have Gedolim today. But… who are they?
Posted by Harry Maryles at 11:10 AM