Why Do They Do It? 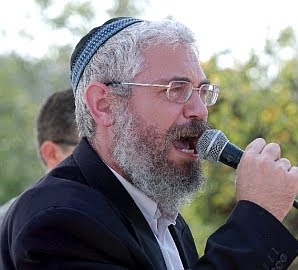 What is it about people of accomplishment that makes so many of them sexual criminals?

We are used to looking at the entertainment industry and seeing all kinds of immoral sexual conduct – Illicit sexual affairs seem to be business as usual there. But I don’t think Hollywood is unique anymore. Politicians seem to have taken the lead in sexual misconduct. The list seems endless and it didn’t start yesterday. JFK’s illicit sexual exploits while President are legendary. Even the most prestigious of founding fathers, Thomas Jefferson, fathered a child out of wedlock with one of his salves.

Even respected clergy are not immune. Dr. Martin Luther King, Reverend Jesse Jackson are both known to have had affairs. And there are several very prominent evangelical preachers who have been caught doing immoral sexual acts.

It is all too easy to just label them as evil sexual deviants. But these are all men of great achievement. Men who otherwise led decent lives. And yet all have succumbed.

The Jewish people are certainly not immune. Not even religious ones. Two of the more prominent ones are Israel’s former President Moshe Katzav an observant Jew who was accused of rape - and one very respected Israeli Rosh HaYeshiva who had an affair with a married woman many years ago. (He shall remain nameless since I am not sure how well known that sad story is.) And of course there is the recent story about Leib Tropper.

And now there is Rabbi Mordechai (Motti) Elon. He has been accused of sexual misconduct by the organization Takana. From the Jerusalm Post:

The Takana forum posted an announcement Monday warning that Elon was dangerous to the public and demanded he step down from all rabbinical, teaching and community responsibilities.

As would be expected Elon denied it and called the whole thing a "terrible blood libel, a complaint without foundation".

But I seriously doubt his claim considering who comprises the rabbinic committee of Takana: From the Muqata:

Rav Aharon Lichtenstein has unfortunately been threatened by one of Elon’s supporters. Again from the Muqata:

In an emotional lecture to his students, often breaking into tears, R' Aharon Lichtenstein announced that he has received death threats by a student of R' Motti Elon in retaliation for his participating in the Takana forum which labeled R' Motti as a "dangerous person."

How sad. I guess violence doesn’t only belong to the people of Meah Shearim. It belongs to all those whose first recourse to the solution of a problem is a fist. Or a death threat. But that is not my issue. Hopefully Rav Lichtenstein is being given police protection and this individual will be caught. In any case this is not my issue here.

My issue here is the following. Yes, what they all did is digusting. No argument here. But these are all men of great achievement, very popular with their constituents. What makes them do this kind of thing? Why spoil what in many instances may have become a great legacy? Why take the chance at destroying one’s family, and ultimately ruining one’s life with this kind of risky behavior?

I have no answers, just questions. Elon’s family are superstars of Israeli politics. Ha’artez called them the Kennedys of The Religious Zionist Camp in a recent article. That gives him charisma and fosters trust in his constituents. That all adds up to opportunity.

Perhaps it is as simple as that. Opportunity. Charismatic people or people with power have ‘fans’ and therefore far more opportunity to have affairs or to be in positions to take advantage of the vulnerable. Perhaps a lot more of us would succumb to temptation given the opportunity. Maybe that is what Chazal meant by Ain Apitropus L’Arayos. No one is immune from temptation.