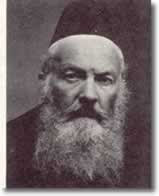 Is there anyone among Charedi Gedolim of yesteryear who thinks along the same lines I do with respect to the current generation of rabbinic leaders? I think there might just be one. His name is Rav Elchanan Wasserman, HY’D (pictured).

Rav Elchanan is one of the most uncompromising Charedi Gedolim of the generation prior to the Holocaust. He was in fact the only Gadol invited but refused to give a Shiur at Yeshiva University (Yeshiva College in those days) on theological grounds. Rav Aharon Kotler gave Shiur there. As did Rav Shimon Shkop –who in fact became Rosh Yeshiva there for a year before Rav Chaim Ozer Grodensky asked him to return to his Yeshiva in Europe.

But Rav Elchanan did not want to set foot into YU. He said he was not going to compromise his ideals. He strongly held that a Yeshiva Gedolah may not offer any secular studies and YU clearly violated that principle. I think it was not only YU’s loss but Rav Elchanan’s as well. I agree with the other Gedolim who did give a Shiur at YU when they were invited to do so. Be that as it may, I bring it up only to show just how Charedi he was. He unfortunately lost his life at the hand of the Nazis during the Holocaust.

Rav Elchanan is also known for his theory that we are currently living in pre-Messianic times. He wrote about it in something he called Ikvasa D’Mishicha – In the Footsteps of the Messiah. This is not the same thing as the Aschalta D’Geulah of religious Zionism. Religious Zionism holds that we are in the first flowering of our redemption - Reishis Tzmichas Geulatenu. They believe that our Messianic era redemption has already begun – albeit in the very earliest of stages. Ikavasah D’ Meshicha does not see us in that time yet. But it does see our era (or more correctly his era which probably still includes our own) as being shortly before it.

In learning the daily Daf today (Sanhedrin 97a Perek Chelek -our group is a bit behind) we dealt with Messianic issues. The Gemarah talks about what it will be like in the era just before Moshaich’s arrival. Many descriptions are mentioned about what those pre-messianic times will be like. One very famous phrase mentioned in a Braisah – and one that has been repeated in many comments here - is the following: U’Pnei HaDor K’Pnei HaKelev – and the face of the generation will be like the face of a dog!

There are many interpretations of this phrase. Rashi takes it literally. People during the times of Moshiach will have faces that look like dog faces or alternatively will act like dogs who have no embarrassment one from another.

ArtScroll provides a few additional interpretations. The Mahrasha says that it means that people will act hypocritically and like dogs. They will only seem to be loyal to others when truthfully they will be loyal only to themselves.

The most common interpretation however is the one offered by the Chida and Yad Ramah. The Chida interprets it to mean: insolence - and Yad Ramah: brazenness. I am often accused of having those traits by my detractors. Especially when I speak about today’s rabbinic leadership.

One of the recurring themes here is indeed that in our day there is a precious lack of any leadership. I keep coming back to something mentioned by Jonathan Rosenblum when he tried to explain why leaders fail to respond to certain serious issues of the day. Jonathan mentioned that the response of one unidentified Gadol was that he feared being called a fake Gadol! Many issues have thus been ceded to Askanim – lay activists who now control much of the religious agenda of the Charedi world.

That kind of statement is indicative of what I mean when I say that our generation of rabbinic leaders are so lacking of leadership. It turns out that Rav Wasserman agrees. Apparently he believed that we are in pre-Messianic times. As such we are in a time where “U’Pnei HaDor K’Pnei HaKelev” applies.

How does he interpret that? He stated his explanation in the name of R’ Yisroel Salanter (Lipkin) The phrase refers to the leaders of the generation. In pre-Messianic times leaders will be like dogs that trot ahead of their masters and seem to lead but in reality always look back to their master who chooses where to go.

Need I say more?
Posted by Harry Maryles at 3:00 PM