YCT and the Psycho-Social Method of Psak 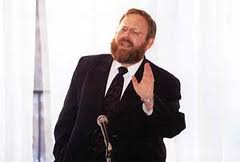 Rabbi Bechhofer is the former Magid Shiur of the Daf Yomi I attend. He is a huge Talmid Chacham with a depth and breadth of worldly knowledge to match. In many ways he is hard to peg Hashkafically. As an adherent of Rav Samson Raphael Hirsch’s classic “Torah Im Derech Eretz” perhaps he could be classified somewhere between Moderate Charedi and Right Wing Modern Orthodox.  Not sure he would agree with me. But that is how I see him. Either way I believe that he  would qualify as a rabbinic leader for those I call the “New Centrists”.

One of the things so remarkable about Rabbi Bechhofer is his tenacity to stand by the truth - regardless of how others see him. He is a valiant ‘fighter’ for Emes as he understands it. A trait I very much admire.

An example of his determination to seek Emes is his willingness to debate controversial figures in public. About 10 years ago - in such pursuit - he debated Rabbi Dov Linzer, Rosh HaYeshiva of Yeshivat Chovevei Torah  at Lincoln Square Synagogue. This kind of engagement is healthy for Judaism. And a far cry from the way some on the right want to boycott rabbinic figures with whom they disagree Hashkaficaly.

The following post was submitted to me by Rabbi Bechhofer. It follows unedited in its entirety.

Seeing the schedule for the “alternative” Siyum HaShas, I noted Rabbi Dov Linzer's topic for the shiur he will be giving at the event. The topic is the very one that he originally proposed for a public debate that we held at Lincoln Square Synagogue some ten years ago.

I believe a brief synopsis of that debate can shed light on the controversy that surrounds YCT. I will try to refrain from superfluous elaboration and embellishment. V'ha'mevin yavin.

We ultimately discarded that topic. The topic we debated instead was the influence of his cultural background on the psak of a posek. The issue that we chose to focus upon was whether it is permissible to enter a mosque. This issue is the subject of a machlokes between the Tzitz Eliezer, Rabbi Eliezer Yehuda Waldenberg zt”l andlbc”c, the Yabia Omer, Rabbi Ovadia Yosef shlita. The Tzitz Eliezer rules that it is forbidden to enter a mosque, while Rav Ovadia rules that it is permitted.

Rabbi Linzer explained the machlokes thus: The Tzitz Eliezer was of Ashkenazic background, with greater affinity to the prevalent Ashkenazic inter-religious issue with Christianity and the undisputed prohibition on entering a church; whereas as Rav Ovadia is of Sepharadic background, and therefore removed from the issue with Christianity, allowing him to take a distinct and more sympathetic stance towards Islam. Accordingly, the Tzitz Eliezer extended the prohibition on entering a church to a mosque, while Rav Ovadia did not.

(I also noted that the psycho-sociological analysis is flawed, as, on the one hand, the Tzitz Eliezer was born and bred in Yerushalayim, and, on the other hand, Jews from Arab countries often harbor more animosity to Islam than do Jews of Ashkenazic background.)

In the course of the debate, as a further example of his methodology, Rabbi Linzer discussed the permissibility of women reciting berachos on mitzvos aseh she'ha'zman grama. This is the subject of a machlokes between Rabbeinu Tam, who permits, and the Rambam, who forbids. This machlokes is formalized in current practice, in which women affiliated with Ashkenazic communities do recite berachos on mitzvos aseh she'ha'zman grama, while women affiliated with Sepharadic communities do not.

I countered that the machlokes is very straightforward: Whether the nusach of asher kideshanu b'mitzvosav v'tzivanu applies to the individual – in which case it does not apply to women, and who therefore may not be – or whether it applies to the nation as a whole, in which case a woman may recite this nusach on a mitzvas aseh she'ha'zman grama.

(I also noted that the psycho-sociological analysis is flawed, as Rabbeinu Tam is responsible for the most regressive “anti-feminist” law in our system [overturning, in the process, the law as hitherto established by the Gaonim] – viz., that a woman cannot compel her husband to give her a get on the basis of the simple her assertion that she finds it impossible to live with him, for perhaps she is lying and only initiated the divorce proceedings because eineha nasna b'acher.)

Posted by Harry Maryles at 7:37 AM