He Murdered His Daughter 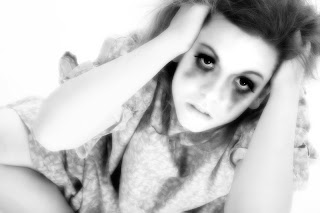 Mental Illness is one of those subjects that is still pretty much taboo to talk about in the Orthodox Jewish community. And that can lead to tragic consequences. No more tragic than what happened in Cheyenne, Wyoming almost 80 years ago.

I think it is high time we start the conversation. I can think of no better time to do so than during the Aseres Yemei Teshuva. The following was sent to me by Catherine Goldberg whose opening words introduce Suzanne Handler. She wrote a book about her Orthodox grandfather -  a man who murdered his own daughter.

My name is Catherine Goldberg. I'm a big fan of Emes Ve-Emunah and look forward to learning something new everyday every time you post. It always makes me think. I just wanted to share something I'm working on and I thought your community may be interested in.

I found this book called The Secrets They Kept. (It is) about an Orthodox Jew who murdered his youngest daughter who was schizophrenic instead of having her committed.

I got in touch with the author (whose) name is Suzanne Handler and she's fabulous. We talked about how there's a big stigma in the Jewish community that bad stuff like schizophrenia or abuse doesn't happen to us. We both agreed this is not a safe way to think. There's a lot of guilt and shame associated it with and when that's internalized that can be really dangerous.

Secret keeping especially throughout generations is devastating. (T)his book… says it's OK to talk about this, and by sharing your story we can begin to move forward.

We also talked about what this has to do with forgiveness and Yom Kippur. Suzanne had to forgive her family for keeping this horrible secret from her. I think once she did forgive her family her quality of life improved significantly.

Maybe Yom Kippur is a good time to talk about this and how it relates to mental illness in the Jewish community.

In hopes of raising awareness Suzanne sent me a little piece that she wrote about her story. She's hoping that her story will get people talking.

The reason why I was so drawn to this is because a good friend of mine was schizophrenic and committed suicide during our senior year of college. He was Jewish too and I was really torn between this idea that Jewish law says you can't mourn a suicide and realizing this kid was sick. We've made a lot of progress on how we approach mental illness but not enough. It would be amazing if by spreading Suzanne's story I could raise awareness and money for schizophrenia research or something.

The following was written by  Suzanne Handler:

What would compel a devout Jewish father to take the life of his own child?

On June 28th of this year, The Intermountain Jewish News (IJN) ran a feature article detailing the dramatic events contained in my book, The Secrets They Kept: The True Story of a Mercy Killing That Shocked a Town and Shamed a Family. For your convenience, I have provided the link to that piece below. Chris Leppek, assistant editor of the IJN and the person who wrote the article, has granted permission for his story to be reprinted, with the caveat that his name and that of the paper be appropriately cited. He does so in the hope that thoughtful discussions regarding the stigma of mental illness in our society will follow.

Here is a brief summary of the story: In 1937, in Cheyenne, Wyoming, my maternal grandfather, Sam Levin, shot and killed his 16 year-old daughter. The girl, Sally, had been diagnosed with dementia praecox (mid-century term for schizophrenia) and was to be sent to an insane asylum, presumably for the rest of her life. Declared incurable and a danger to herself and others, Sally begged her father to end her life, as well as his own, in a joint murder/suicide pact. On August 16,th of that year, my grandfather, exhausted and desperate from grief and indecision, finally agreed to Sally’s last wish. The girl died within the hour; my grandfather lived and carried the burden of his shame and sorrow to his grave.

Due to the stigma of mental illness then, as well as now, and the nature of my grandfather’s unimaginable crime, this story remained a secret in our family for over 7 decades. Following years of research and soul searching, I have now, at long last, come to the place where understanding meets forgiveness.

I am humbled that The Secrets They Kept: The True Story of a Mercy Killing That Shocked a Town and Shamed a Family, has sold over 8,000 copies and is currently #1 in Mental Health and #7 in Jewish Interest in the Amazon Virtual Book Store.