The Good News and the Bad for Orthodoxy 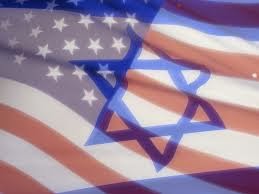 Is there any better evidence that American Jewry is in the midst of a crisis? The Pew Research Center has released the results of a comprehensive study on Jews in America  that has some startling statistics.

Among their findings are the following:

Fully 22% of all Jews do not consider themselves to be Jewish – even if they had two Jewish parents. Judaism has absolutely no meaning whatsoever to them. 90% of those do not raise their children as Jewish in any way. Not even culturally! 79% percent of those Jews do not have a Jewish spouse!

Of all Jews who have gotten married since 2000 nearly six out of ten married a non Jewish spouse!

Reform Judaism is still the largest segment of American Jewry comprising 35% of the whole.; Conservative Jews 18%; and Orthodox Jews 10%. Smaller denominations such as Reconstructionist or Jewish Renewal comprise about 6%; and about 30% are unaffiliated.

These are scary statistics. But one has to be careful about how to interpret them. Taken at face value we might as well close up shop right now. With every successive generation it seems that increasingly more Jews abandon Judaism. The Conservative movement will  certainly tell you that. They used to be the largest denomination. Now their numbers are about half that of Reform.

Intermarriage is at the highest level in the history of this country. They might take solace from the fact that Reform has basically redefined Judaism by including non Halachic Jews into their numbers. But that should hardly make them feel any better about their failure. Which is ironic since the Conservative movement was founded to conserve Judaism by making it more palatable via compromises in Halacha. This was a major blunder and they know it - in that the exact opposite happened.

But what about Orthodox Jewry? Orthodox Jews are increasing in numbers. That should be a no brainer to understand for anyone that is paying attention. The are several reasons for that in my view. Orthodox Jews are more inclined to marry and marry young. They generally have larger families, and the nature of Halachic observance – which is the hallmark of Orthodoxy - tends to keep them more in the fold. And there are many Orthodox Jews who come from non Orthodox backgrounds.

The report suggests that Orthodox Jewry has a high attrition rate at. It has been noted that more Orthodox Jew leave the fold, than come into it. According to Pew, even though 10% of Jewry identifies as Orthodox, 14% to 17% say they were raised Orthodox. That suggests a rather large attrition rate. Probably a lot more than Jews who have become Orthodox via outreach. Orthodoxy should be shrinking rather than growing. But I strongly dispute that notion. First of all as the report says the greater attrition rate is among older Jews. Younger Jews tend to stay put: From the Pew report:

I interpret that to mean that in America - younger people are better educated Jewishly and more committed to observance than in the past. But I think it is more than that. I believe there is a flaw in the way this survey was conducted. I do not believe that Orthodoxy is accurately defined. The way they defined it was by asking those polled if they were raised Orthodox.

I think a far better measure is to poll all those who attended an Orthodox day school and high school and see what the attrition rate is there. I am willing to bet that it is a lot lower than the Pew survey results indicate.

This does not mean to say that there is no attrition rate by Jews who attended these Orthodox schools. We all know the sad statistics of Orthodox Young people who attend the finest religious schools and ye6t still go OTD. This is one of the hottest topics in Orthodox Judaism today.

But I believe that as bad as it is, the growth far exceeds the loss. And that this trend will continue. Orthodox numbers will increase while other denominations will either decrease or keep redefining themselves in more inclusive but not Halachic ways in order to maintain their higher numbers.

I am not being triumphalist. There is a lot of work to do. And even though the Pew report may be flawed, I don’t think it is arguable that we have a very serious problem. One that Orthodoxy needs to tackle head on. We cannot allow the Jewish people to be lost in such big numbers.

Perhaps as I said yesterday we Orthodox need to review our relationship with non Orthodox denominations. In fact I am aware that this is being done quietly by some mainstream Orthodox Kiruv groups. There has been cooperation with them for the purposes of outreach. And this with the full approval of right wing Poskim.

But even that is not enough. Outreach efforts by organization like NCSY, Aish HaTorah, and even Chabad with its wide and successful reach are only a drop in the bucket. I think we all need to be involved somehow.

One things we can do that is to fulfill our mandate to be a light unto the nations by displaying exemplary public behavior at all times. When identifiably Orthodox Jews make a Kiddush HaShem it has an impact. Non Jews are not the only ones who will be impressed by the light of our highly ethical Torah based behavior and laud it. So too will non Orthodox Jews. We need to keep sending those kinds of messages. And not the kind of messages that are all too frequently being sent by our Orthodox miscreants.
Posted by Harry Maryles at 11:24 AM