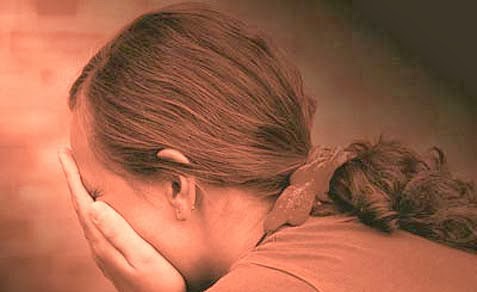 Ha’aretz had an article yesterday that reported on 2 suicides of ex-Charedim. (The Ha'aretz article is behind a paywall  and is available on Failed Messiah.)

By ex-Charedim I mean those who were raised in Charedi homes but not only stopped being Charedi – they stopped being observant altogether. They have gone what is now commonly called ‘Off the Derech’ (OTD). They have left their homes and their environment. Why do they do it? Unfortunately the answer is all to easy to see, as two recent editorials by Rabbi Moshe Grylak  in Mishpacha Magazine have shown. (A third one is to follow).

People who leave their homes and their heritage do so for a variety of reasons. Sometimes it’s because of family dysfunction or abuse (either physical or sexual).  Sometimes it’s because they just don’t live up to religious or scholastic expectations and feel a sense of rejection by their teachers, parents, and peers. Sometimes it is because they have questions on matters of faith that have been poorly answered, or worse treated as though they were heretics for simply asking.  Sometimes it is a matter of undiagnosed and untreated clinical depression.

There are many reasons. I’m sure I only scratched the surface.  The point is that it seems to be an increasing phenomenon. I see it a lot more now than I ever did.  It used to be something I would just hear about. Now I actually have friends who have these kinds of problems.  These are people that are otherwise exemplary parents. They are role models of parenting whose other children are quite mainstream, well adjusted, and successful.

Clinical depression can all by itself cause people to commit suicide or to become victims of substance abuse. The mental anguish of depression can be so severe and relief from it feel so hopeless that drugs or death seem like the only way out of that mental pain. If a child suffers from depression and his parents do not know how to deal with it properly he or she can easily become OTD. For example a depressed personality might not want to Daven every day. An Orthodox parent might be overbearing in demanding that they do. The resulting impression on the part of the child might cause them to reject religion entirely.

If a child is clinically depressed, the only thing that can help them is a trained mental health professional. Most often clinical depression is a physical disease having to do with abnormal brain chemistry and requires medication.

But a bad parental reaction to clinical depression is not the only cause of a child’s rebellion. When a child is rejected by parents and community for whatever reason, that will  be devastating to them. They feel a tremendous amount of pain and guilt. What kind of rejection? The kind where a parent actually asks a rabbinic leader to pray for their child’s death. Lest anyone think this is extreme and doesn’t happen, here is the pertinent quote from Rabbi Grylak’s 2nd Mishpacha editorial:

Rav Steinman (was) asked… if anyone had come to him yet to ask him to daven that their son should die. The rav was taken aback by the question, naturally, and then Rav Steinman told him, ‘This week, 15 fathers came to me with this request regarding their sons who had gone completely off the derech.’

How is it possible for a parent to be so disappointed in a child that he actually prays for their death? The answer was given by Rabbi Yair Nahari the heroic Rav who has established a home for Charedi girls who have been ejected from their homes that Rabbi Grylak introduced us to in his first editorial:

(T)he shame these parents have suffered because of their daughter. They feel that she’s betrayed them. She’s humiliated them in public, because everybody’s talking about how their daughter went off the derech. This is what she does to us, she puts us to shame in front of the whole world? After we sacrificed so much for her, after we nurtured and raised her, she turns around and spits in our faces? Feeling betrayed… is the worst feeling. A person who feels betrayed is capable of anything.”…

“(It’s a feeling of) revenge. When that feeling is burning inside, all other feelings are extinguished. At that moment, it doesn’t matter that this is his own child. All he feels is the wrong that’s been done to him and his whole family. The lust for revenge is harsher than the grave. And in extreme cases… they’ll just put her out of the house. You betrayed us? All right, then — let’s see you get along on your own!

Of course not all parents react this way. But my sense is that Charedi parents who live in tight knit insular communities do have that kind of mindset. Is it any wonder that a child like this has gone OTD and feels that drugs and ultimately suicide is their only option?

The question is what do we do about it? What kind of society is it that produces this kind of mindset in any of its members?! Is it hopeless?

I don’t think so. The one thing that we need to do a religious community is to change the mindset of the prototypical parent described by Rav Nahari. Expulsion of a child from a home should never be an option unless lives are physically endangered by their presence. And even then, a child should never be simply abandoned to the streets. Professional help should always be sought.

In most cases the rebellion does not endanger the rest of the family. A rebellious child just makes everyone uncomfortable. It seems to me however that the real reason a child is thrown out to the wolves is because a sense of betrayal to family values, to God, and because of the fear of what your peers will think. The idea is that abandoning observance is so intolerable that it requires abandoning the child.

And what happens to the child when they are abandoned to the streets? They will often turn to sex, drugs, and even suicide. Or they become victims of sexually abusive predators who roam the streets looking for vulnerable victims.

Is this the price some parents are willing to pay for removing a rebellious child? Apparently so. And the next step for a parent like this might be to pray for their child’s death!

The one thing we can’t do is allow our children to think that we have abandoned them. That requires a sea change in attitude about what is important in the life of a religious Jew.  Rejection has to be replaced with tolerance and understanding and even love. One must love the child even if they do not love the behavior. That is the ultimate goal. Abandonment is never an option!

In the interim we have to be far more proactive in reaching out to these young abandoned Jews. We need to let them know  that the religious community cares about them – even if their own parents do not.

There is an organization in America called Footsteps and one in Israel called Hillel (...not affiliated in any way with Hillels on university campuses.) They help expatriate Charedim adjust to their new lives.  Many accuse these groups of being anti religious.  Based on conversations with some of their clients, I don’t think that is the case. They are not anti or pro religion. It is my understanding that they simply teach people with an insular past how to adjust to the modern world without any reference to religion.

This is where we as an Orthodox community fall short. We need an Orthodox Footsteps or Hillel that does the same thing. But with the added benefit of letting these people know that the religious community has not abandoned them. We need to show them a positive caring view of the observant community… and hopefully leave the door open just a crack for a possible return to observance.  If we don’t do that, the the situations described in the Ha’aretz article and the 2 Mishapcha articles will only get worse.
Posted by Harry Maryles at 9:48 AM