Can Orthodox Judaism Exist without God? 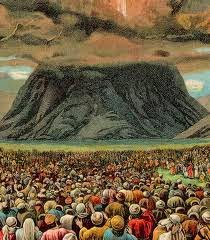 ‘The fear of God is the beginning of wisdom.’ This verse from Proverbs (Mishlei - 9:10) is a fundamental tenet of our faith. In order to ‘fear’ God, one has to actually believe in Him. And this is where I profoundly part company with Jay Lefkowitz who wrote an article in Commentary about something called ‘Social Orthodoxy’. Therein he claims that a belief in God is not necessary in making one a practitioner of the Jewish faith – even in an Orthodox sense.  His proposition is that if one practices, one belongs. And that focusing on faith is becoming increasingly irrelevant.

He in fact questions the very existence of God, not to mention the belief that the Torah is His Divine word. And yet he practices the tenets of Orthodox Judaism devoutly - listing many of the common Mitzvos that he and all observant Jews practice. He allows that this is a phenomenon of Modern Orthodoxy which is based on rational thought which leaves many of the ‘doxies’ in Orthodoxy up for question.

Modern Orthodoxy is indeed the only future any Jew has if he is to participate in the culture while remaining a Jew. While admitting that the Charedi world is by far the fastest growing segment of Orthodoxy - it is only Modern Orthodoxy that will carry that forward. Charedim reject the culture as anything other than utilitarian with no value to us in any other context. And secular Jews are hardly replicating generationally and are currently marrying out at a 70% intermarriage rate.

His choice of historical role models for Modern Orthodoxy are R’ Samson Raphael Hirsch, R’ Ezriel Hildesheimer, and the Rav, R’ Joseph B. Soloveitchik. These are the progenitors of integrating the culture into our lives without compromising Halacha.

R’ Hirsch for example believed that many aspects of the general culture actually enhanced our belief in God and his Torah – and should be studied for that purpose. And that non Jews who displayed character traits in line with the Torah were to be admired and praised. Although Jewish German followers of R’ Hirsch today deny that his philosophy has anything to do with modern Orthodoxy; it cannot be denied that his views are seen as an entry into secular knowledge and culture. Which defines Modern Orthodoxy today.

But then Mr. Lefkowitz goes off the rails. He uses Professor Mordechai Kaplan as his guide to Social Orthodoxy. Kaplan  was an observant Jew all of his life and yet ended up rejecting belief in God as a necessity for being a Jew. He founded Reconstructionist Judaism which does not believe in God’s existence as traditionally understood. Mordechai Kaplan felt that in the modern world where rational thinking is king, there is no way to rationally believe in God… and thus Judaism should not be based on that belief. It should instead be based on a sense of community where there is a commonality of practices in adherence to Halacha. For Kaplan following Halacha was important. But only as a means of identifying as a group. How on earth can anyone who claims to be Orthodox say that Mordechai Kaplan’s model is what the Orthodoxy of the future should be?!

Ironically he mentions Dr. Eliezer Berkovits as a model too. Because of Dr. Berkovtis’s philosophy of questioning the rigid acceptance of the Shulchan Aruch. Dr. Berkovits felt that the oral law of the Torah was never meant to be written down and codified in a book – to be followed as rigidly as the written Torah itself. His purpose in mentioning Dr. Berkovits is to bolster the acceptance of innovations currently found among the Orthodox left. Like ordaining women, partnership Minyanim, and women wearing Teffilin.

While one can certainly feel justified in using Dr. Berkovits to advance these innovations, one cannot question his belief in God. Dr. Berkovits was a devout believing Jew, despite some of his controversial personal convictions about how we should follow Halacha in the modern era.

I do agree with him that modern Orthodoxy is the only segment of Judaism that has any real hope of surviving into the future as a participant in the culture. Modern Orthodox Jews do participate fully in those aspects of the culture that do not require violating Halacha. Their growth rate is far greater than their non Orthodox counterparts. And there is little to no intermarriage. Comparing that to the 70% intermarriage rate among non Orthodox Jews and their small reproductive numbers - it is a no brainer. The only real segment of the Jewish population as a participant in society at large that has any hope for a future is Modern Orthodoxy.

Although as Jay Lefkowitz fully admits – Charedi Jews are by far the largest and fastest growing segment of Orthodox Jewry, they have little to no interest in participating in the culture. (altough many moderate Charedim do participate – they do not do so as a Hashkafa – but more as matter of giving in to their Taavos  – something they would Hashkafically prefer not to do since they do not place any value on secular culture.)

But at the same time, I do not believe that a Modern Orthodoxy bereft of a belief in God, has any real meaning no matter how seriously one adheres to Halacha. And if that skepticism is transmitted to their children, then in most cases, they will not even be Orthoprax. They will instead follow the spirit of the times in the particular environment in which they find themselves. Like the campus life at the univesity they attend.

I will agree that ‘Social Orthdoxy’ is a step above those who simply observe by rote or because that’s how they grew up. I have in the past called them Orthodox Lite. Socially Orthodox Jews may in fact be very serious in how they practice their Judaism. They see it as a necessary building block of Orthodoxy – defined as a social grouping. But in the end, I don’t see how the very essence of Judaism – which is serving God can be a part of anyone who defines themselves as a Jew. How can one Daven 3 Times a day, as Mr. Lefkowtiz  does and at the same time be skeptical about the existence of God? Who is he praying to?

This does not mean that in order to be a Jew in good standing – one may not ask questions. That would be intellectually dishonest. One would be lying to themselves if they said they said they never had a doubt. I certainly have. But the point of Judaism is not proving the fact of God’s existence. It is a about believing in it. Belief by definition is not proven  fact. If something is a proven fact, you don’t need to ‘believe’ in it. It’s there for all the world to see. But that is a lot different than being skeptical about His existence and thereby rejecting it as a necessary component

Without God, one is merely practicing Judaism for social reasons. That is clearly not Judaism. Without God, there is no Judaism at all. It is just a bunch of made up nonsensical rules that make life difficult.

Now some might say that despite ‘nonsense’ like keeping Kosher’ it is important to do so as a means of identifying with the group. But can anyone honestly say that they are religious any real sense of the word? If there is no God, who are you serving? What is the point? Are you not in essence living a lie? Is that the value that you want defining your life and your everyday existence from womb to tomb?

That said, I do not for a moment think that Orthoprax or Social Jews should give up following Halacha. MiToch SheLo L’Shma, Bah L’Shma. My hope is that at some point they will realize that there is a God and that they are indeed serving Him by doing His will as defined in the Torah – both written and oral as defined by the sages.