Why Are You Orthodox? 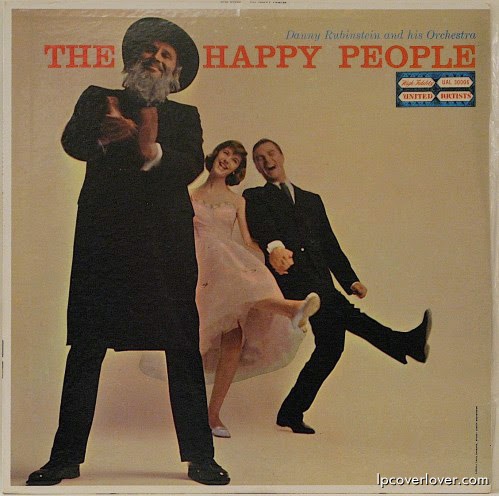 I hear him… but at its basic level I have to disagree with him somewhat. Rabbi Eliyahu Fink has written a thoughtful essay about why people leave – or stay in Orthodox Judaism. His primary reason is not because of one’s beliefs, but because of one’s comfort level.  Meaning  that if one enjoys ‘doing’ Orthodox then he will be Orthodox. If they don’t enjoy it, they won’t. Beliefs have little if anything to do with it. Here is how he states it:

Rabbi Fink says that believing in something is not enough to motivate people to act on it. At least not in the long term.  He uses himself to demonstrate this point:

I started working out at the gym. I knew it was good for me so I was willing to give it a shot. But I stopped after a little more than a year. Despite the fact that I was seeing results, I just stopped going. Why did I stop going to the gym? Because I didn’t like it. I didn’t enjoy it enough to make it worth the effort. The intellectual justification was only able to keep me going for a little while.

His bottom line can be summed up in the following statement. If an activity does not bring you any joy, you will not be doing it very long – if at all. If it does, you will keep doing it. That, says Rabbi Fink, is why people stay in Orthodox Judaism. If on the other hand Orthodoxy brings them no joy, they leave. This is why for example young people who have been abused by rabbis or other religious figures tend to leave. It is because they now associate Orthodoxy with pain… those abusive rabbis being their reference point for Orthodoxy.

While I believe that there is a lot of truth to what Rabbi Fink says, I do not believe that this is the sum and substance of why people stay or leave Orthodoxy. Yes, there is truth to the fact that for those who are Orthodox there is a  sense of joy in that lifestyle. But without the underpinnings of belief, that joy will fall far short of being fully observant. Which is the hallmark of Orthodoxy.

If one is an atheist for example, but loves the Orthodox lifestyle and community in which he lives, there is still absolutely no reason to fast on any of the fasts, even on Yom Kippur. One can easily go home during the break and sneak a drink of water without anyone being the wiser. There are probably hundreds of ways to violate Shabbos without anyone being the wiser. There are some Orthoprax that are meticulous about their observance, but I doubt that they are anything but a very small and exceptional minority. More about them later.

There are many Mitzvos that I do not particularly enjoy, as in the aforementioned fasting. And yet I do it. Not because I enjoy it. But I don’t because I believe that this is what God requires of me. If enjoyment is my only motivation, why bother being fasting? I don’t think there are too many Orthodox Jews that enjoy fasting on any fast day. Even on Yom Kippur. But we all do.

Now it is true that there is a lot about Orthodox Judaism that does bring me joy. But much of that is based not on the essential Halachos themselves, but on the by-products derived of those Halachos. Without getting into detail, Shabbos is a weekly family day like no other. That is the enjoyment I get. In theory I could have the same setup without observing Shabbos at all.  I can dress up, have a four course leisurely meal with my family and friends  at a set table covered with fine linens every day of the week if I choose. But as lovely as that is, it is not the essence of Shabbos. Observing the Halachos of Shabbos that is. Like refraining from the 39 Melachos as outlined by Chazal. If looked at by themselves, there is no joy in refraining from. I get not a scintilla of joy in say… not carrying an item in the public domain.

The real motivating factor for being religious is something called Yiras Shomayim. Fear of Heaven. We believe the Torah when it tells us (in this week’s Parsha) that if we observe the will of God, things will be good for us. In this world and the next.  If we don’t, things will be bad… very bad. In this world and the next. This does not take away the higher level observing His will because of Ahavas HaShem – Loving God. But I think for most of us, being in awe of God’s infinite power over us is the real motivating factor.

I will concede that being raised in an Orthodox environment gives us an Orthodox Jew a huge head-start in being Orthodox. If that is how you are raised -baring any traumatic experiences related to that Orthodoxy  - that is probably how you will lead your life. The intellectual component is developed later.   But it will be a natural transition in motivation, not in lifestyle.

I should add that Yiras Shomyim does not eliminate sin. Those of us who have it still sin even knowingly and on purpose. We are human and subject to our Yetzer Hara (evil inclination). But when we do, we know we are wrong. And usually regret it after the fact. That is what this season of Teshuva is all about.

All this being said, I do think that Rabbi Fink is right about why people leave Orthodoxy. It is usually because they associate something really bad with it. Like being abused at a very young age when observance is based more on being raised that way than it is on the more compelling motivation of Yiras Shomayim that is develops much later in life.

There are some people who leave Orthodoxy for intellectual reasons. I think that part of the equation is increasing. The free flow of information in our day is planting seeds of doubt into many minds about the existence of God and the truth of Judaism. It is these intellectual ‘dropouts’ that probably comprise the majority of Orthoprax Jews. – Those who continue to observe Halacha despite dropping their beliefs. But I believe that most people like this observe the Mitzvos only where it shows. In private, they ignore them.

As I mentioned above, there are some non believers that are meticulous in their observance. Jay Lefkowitz comes to mind. He explained his motivation as desiring to belong... and that entails following the rules. Why do they want to belong? I think it might just as well be for emotional reasons as it is for intellectual ones. It is for intellectual reasons that they stopped believing.  But their resons for staying Orthodox is anything but intellectual.

On the other hand for those who leave Orthodoxy because of trauma, I doubt very much that they observe anything at all.

How we deal with all of this is beyond the scope of this post. But in the final analysis, except for Orthoprax Jews, I do think that there is a lot more to being Orthodox than just liking it. It isn’t that belief will automatically make you Orthodox, Of course it doesn’t. As Rabbi Fink points out there are a lot of ‘true believers who can’t even be in the presence of Orthodox Judaism’.  But with rare exception - without its underlying beliefs I don’t think that ‘enjoying it’ is enough of an explanation of why people stay in Orthodoxy.
Posted by Harry Maryles at 11:07 AM