Will We Make it to Heaven? 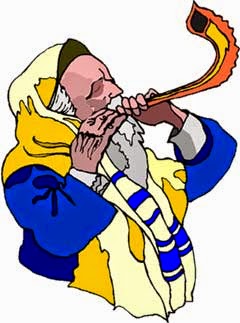 On this day of Erev Rosh Hashana, where Teshuva is uppermost in my mind, I am envious of the Baal Teshuva. The Gemarah says (Brachos (34b):

B'Makom She'Baalei Teshuvah Omdim, Ein tzaddik Gamur Yachol Laamod - In the place where the Baal Teshuva stands, even the most righteous among us cannot stand.

The truth of the matter is that we should all be Baalei Teshuva. We all need to commit to doing the will of God better than we have in the past. And stop doing the things that are against His will. It is the Baal Teshuva - someone that came from a life of non observance to observance - who is most cognizant of that fact. And as I said, I am envious of his or her lofty position on this day.

One of the most famous Tannaim - rabbis of the Mishnaic era - was a Baal Teshuva. His name was Rebbi Akiva. He was not religious and quite ignorant of Jewish law until he was 40 years old. And he became one of the most prominent and important figures of his time. There is a fascinating story about Rebbe Akiva related in the Gemarah (Chagiga). It tells us the story of Pardes (sometimes translated as paradise). Four great rabbinic figures of that time wanted to study Kabbalistic secrets about the Maaseh Merkava, the ‘chariot’ vision that the prophet Yechezkel had.  Which the sages discourage from study in any kind of depth. They entered Pardes (an exalted and pure state of mind) in order to do that.

The story ends with one of them dying, one of them going insane, one of them becoming a heretic and one of them meriting to be strengthened by it. That person was the Baal Teshuva, Rebbe Akiva. I can’t help concluding that at least in part - the reason he came out OK while the rest did not had something to do with his lofty status as a Baal Teshuva.

The one who came out as a heretic was Elisha Ben Avuya. He was one of the brightest lights of his time. His knowledge of Torah was paralleled by few. And yet he went astray after contemplating this Kabalisltic event. The Gemarah also tells us why he was predisposed to become a heretic. One of those reasons was because he studied heteritcal works. In the light of my recent post on belief (where I was challenged by commenters who would not accept my arguments, and therefore were disposed to more heretical explanations) that is kind scary. I hope that my intent to spread more Emunah did not backfire into spreading more Kefira (heresy). May God forgive me if I did!

There are several interesting things about Elisha Ben Avuyah that pertain to this season of Teshuva. The Gemarah tells us that Elisha Ben Avuyah was so evil that a Bas Kol ( a heavenly voice) came out  and said that God would not accept his Teshuva.  That’s because his level of Torah scholarship was so high that his fall was too great. When he heard  that - he immediately went to the local prostitute. When she heard what he wanted and asked him who he was, he told her he was Elisha Ben Avuya. She couldn’t believe it about a man whose reputation in Torah was so great. So she said you must be another person. Which is what the word ‘Acher’ means.  That’s how he came to be called Acher.

But even someone as wicked as Acher, eventually made his way into Olam Haba, that’s because of his great Torah knowledge.  Elisha Ben Avuyah inherited Gehinom. In fact his gravesite elicited smoke for many years, until the great sage R’ Yochanan died. At that monet the smoke from the grave stopped. R’ Yochanan had promised that he would extract Elisha Ben Avuyah from Gehinom and bring him to his final reward for all of the Torah he studied.

We can see from this that even the greatest heretic of Mishnaic times - a Shana U’Piresh like Elisha Ben Avuyah can inherit Heaven for his Torah.

How great was his Torah knowledge? It was great enough for Rebbe Meir, the prime student of Rebbe Akiva to follow him around and learn from him. So much so that he is often referred to as Acherim because he was found learning Torah from the heretic, Acher. What about the heresy? R’ Meir said that he took the fruit of the ‘inside’ and threw out its shell (of heresy).

The point here is that all is not lost even to someone who is now a heretic. Although a heretic like Elisha did not get to do Teshuva, other heretics can. God will accept it if it is sincere. And if Acher can eventually get his portion in Olam Haba after such a big fall, certainly those of us whose Torah knowledge doesn’t even come to his toes can.

It’s been a rough year for Klal Yisroel. This was not a summer of peace for our Israeli brethren. Three  innocent teenagers in Israel were mercilessly slaughtered. Rockets rained down upon our fellow Jews in highly populated cities and towns that had never been in range of our enemies in Gaza before. A few Isaerli civilians were killed; and soldiers died and were wounded, some seriously whiledefending our true homeland. May it be the will of God that the New Year brings to all of our people a year of peace, good health, and prosperity.

At this point, I ask Mechila from anyone I may have hurt with my words, whether intetntionally or unintentionally. Please accept my Mechila for same. May God forgive us all our sins. And may we all merit a Shana Tova Umesuka… a sweet new year.


Ksiva V’Chasima Tova
Posted by Harry Maryles at 10:28 AM