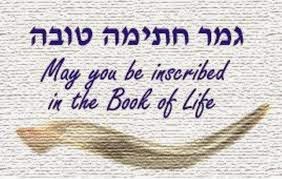 Last week’s issue of Mishpacha Magazine carried a very poignant editorial by Rabbi Moshe Grylak about the days of awe - otherwise known as the Yomim Noraim. The Aseres Yemei Teshuva (the ten days of repentance between Rosh Hashana and Yom Kippur) are days where we are supposed to focus on regretting our sins and  resolving to not do them again. And yet, as Rabbi Grylak points out, right after Yom Kippur, most of us go back to old patterns of behavior. Which include doing the same sins we have always done. How- asks Rabbi Grylak - does that merit for us any real forgiveness from God?

Is it not the height of insincerity to ask for forgiveness knowing in the back of our minds that we will likely not change our bad behavior? Can this be considered real repentance?

Rabbi Grylak answers that question with a quote from Alei Shor, the Mussar Sefer written by one of the foremost Baalei Musar of the 20th century, Rav Shlomo Wolbe. Rav Wolbe’s credentials on that subject are enhanced (at least for me) by the fact that he is a Baal Teshuva and was not raised Frum from birth.

I find his perceptions about appropriate Jewish behavior to be exactly on target. As demonstrated by one of his more famous essays in Alei Shor about the false ideology of Frumkeit.

Rabbi Wolbe answers Rabbi Grylak’s question by citing the special nature of Yom Kippur. If one is sincere in their regret over the sins they have committed even knowing that he very well may relapse, his slate is nevertheless wiped clean. God knows that we are not Malachei HaSharies - His ministering angels. And he gave us Yom Kippur in order to forgive those of us who sincerely regret our sins.

Of coarse this only applies to the sins Bein Adam L’Makom – between man and God.  Those that invlove Bein Adam L’Chavero  - between man and his fellow man - first require Mechila (forgiveness) from those we have sinned against. God will not touch those sins until we do that.

It is worth contemplating all of this as we are about to enter the holiest day of the year where Jews all over the world will be fasting and praying for forgiveness. It is heartening to know that God has taken into consideration our own humanity in granting us forgiveness.

’mar Chasima Tova.
Posted by Harry Maryles at 12:01 AM