Confronting Abuse in the Frum World 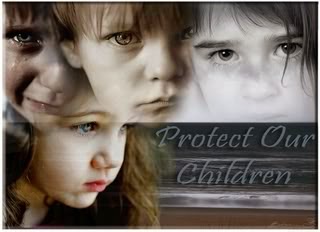 Mr. Saker is the  Director of Marketing and Communications for OHEL Children’s Home and Family Services

Last week I was one of 600+ attendees at a 3 day international conference in Jerusalem entitled “The Jewish Community Confronts Violence and Abuse.”

Organized by Debbie Gross who heads Tahel in Israel  - The Crisis Center for Religious Women & Children – I believe it was a watershed event in the Jewish religious world.

A telling and multi-colored picture of how far we have come and where we need to go.

Hundreds of participants from communities across the Jewish religious world were in attendance – many of whom are the quiet unsung heroes who work exhaustively 24/7 on the front lines dealing with the tragic and complex cases of abuse in our community – and specifically child sexual abuse.

Was every type of religious individual, representing every religious community there?

Of course not. Welcome to the Jewish world.

But the conference did bring together for the first time, a cross spectrum of mainstream religious mental health professionals and community leaders from the Hassidic, Yeshivish and Modern Orthodox community,  and who importantly joined some of the world’s leading child sexual abuse experts, sharing three intense days of the latest research, community programs and treatment modalities.

I would argue there were three main messages to come from this conference.

They center on: Communications, Community, and Collaboration.

Headlines correctly scream abuse, possible cover-ups, and certain failures of leadership. No question, the print media and social media has done much to foster greater awareness, accountability and stimulate robust action for the better. And not least, it has empowered victims. To loudly broadcast into every community, home and synagogue, a voice of horrific abuse - crime and tragedy, ignored or denied by so many.

But at the same time, within this vital discourse, there is often much knee-jerk reaction, and superficial analysis and recommendation to very complex problems – many facets of which are not unique to the Jewish religious world.

Perhaps in large part, this can be attributed to the deep-seated frustration that many in our community have felt, by the lack of universal Rabbinic leadership to proclaim the importance of reporting abuse to law enforcement authorities - and the resultant anger that has then sometimes clouded coherent understandings and best practices in moving forward.

To be clear, this conference was not about the validity of reporting. It was an absolute given. As Rav Dovid Cohen made clear in his keynote address - anyone who reports a child molester is indeed following the tenets of the Shulchan Aruch.

Rather this conference dealt with the heavy lifting, looking at the multi-faceted challenges in helping victims of child sexual abuse - and trying to prevent it.

Many of the sessions addressed the horrific consequences of incest, of justice denied to victims, of the nightmares that never dissipate. How in one dysfunctional family, it took years of therapy for the victim to bravely verbalize the abuse – and then, only through the playing of the song “Demons” by Imagine Dragons. Unspeakable abuse where words failed for over a decade.

Juxtapose this reality to a story shared by a therapist at the conference who spoke of a mother, who to her credit took her daughter to a therapist on learning of sexual abuse, but who remarked at the initial session, that she hoped ‘all would be fine and speedily resolved’, so that the family could enjoy their annual vacation in the Catskills in 6 months.

Another session addressed the work of treating pedophiles within the criminal justice system. The therapist spoke about the personal crisis he faced after his client conveyed that he would be spending an upcoming holiday alone because no family or friend would have him over. And what was that crisis? He felt guilty for a sudden morsel of compassion he had for someone who had committed such heinous abuse.

Practical and effective solutions to child sexual abuse are not to be found in greater piety, nor in instantaneous fixes, be they building more walls to surround our children (based on paranoia) or in locking away perpetrators for life (based on a naive understanding of the law).

Like most ills in the community, they are complex and as difficult as it can be at times, we have to look beyond the raw emotion and sometimes sensationalist headlines.

(Just to be very clear, investigative reporting is to be commended. One of the reasons that many sometimes feel the community is not receiving a fair hearing in media is because of its own reluctance to take public ownership of a ‘negative’ story from within the community and control the narrative. With this avoidance or any reference or commentary, there is a vacuum created, and others take ownership of story and drive their own narrative. This is a significant and on-going challenge -  to cultivate in-depth reporting, commentary and reflection on important news items - that many would otherwise wish away)

Individual Communities: A Call to Action

Wherever religious Jews live, delegates came from. From New York to Johannesburg, Jerusalem to Calgary, they brought not only their insights as to local instituted programs, but the unyielding demands of their local communities to drive further and immediate change.

Yes, it would be good for leadership to take a monumental role everywhere, but, and especially where lacking, concerned religious communities are doing it themselves.

Communities will no longer tolerate nuanced judgments or half-hearted responses from community leaders. They have one message to convey, “We are taking it upon ourselves to protect our children.”

These individual communities realize that their children are only as safe as the degree of vigorous prevention in their community – which includes awareness, school prevention programs, working with law enforcement and community-wide support of heroic victims who bravely come forward in the pursuit of justice (and greater community security) through pressing charges with law enforcement authorities.

The diverse expertise shared by participants addressing the same problem of child sexual abuse was an eye-opener. Similar dynamics, similar cultural sensitivities - lessons we can all learn from.

So to, the belated gathering of mental health data across the Jewish world is something all acknowledge that will only make for better mental health treatment programs and modalities that are based on empirical data, rather than common subjective criteria.

In closing, it can certainly be argued that the religious Jewish community has in certain ways lagged behind and worse still, has failed in certain ways to proactively confront child sexual abuse.

David Mandel, Chief Executive Officer of OHEL asked the audience at the conference to imagine if 1 in 5 girls and 1 in 7 boys were abducted or hit by a car chas v’shalom. There would be tehilim and fasting in stadiums with worldwide hookups. Police would blanket the community.

It is certainly a hope that this past conference can serve as a new foundation where the religious community can more comprehensively and aggressively tackle the menace of child sexual abuse - in all its many shapes and forms - and serve as a role model to others – a real Kiddush Hashem.

The 600+ attendees at the conference cannot do it alone.
Posted by Harry Maryles at 10:03 AM