Education – the Key to Transitioning Out Poverty 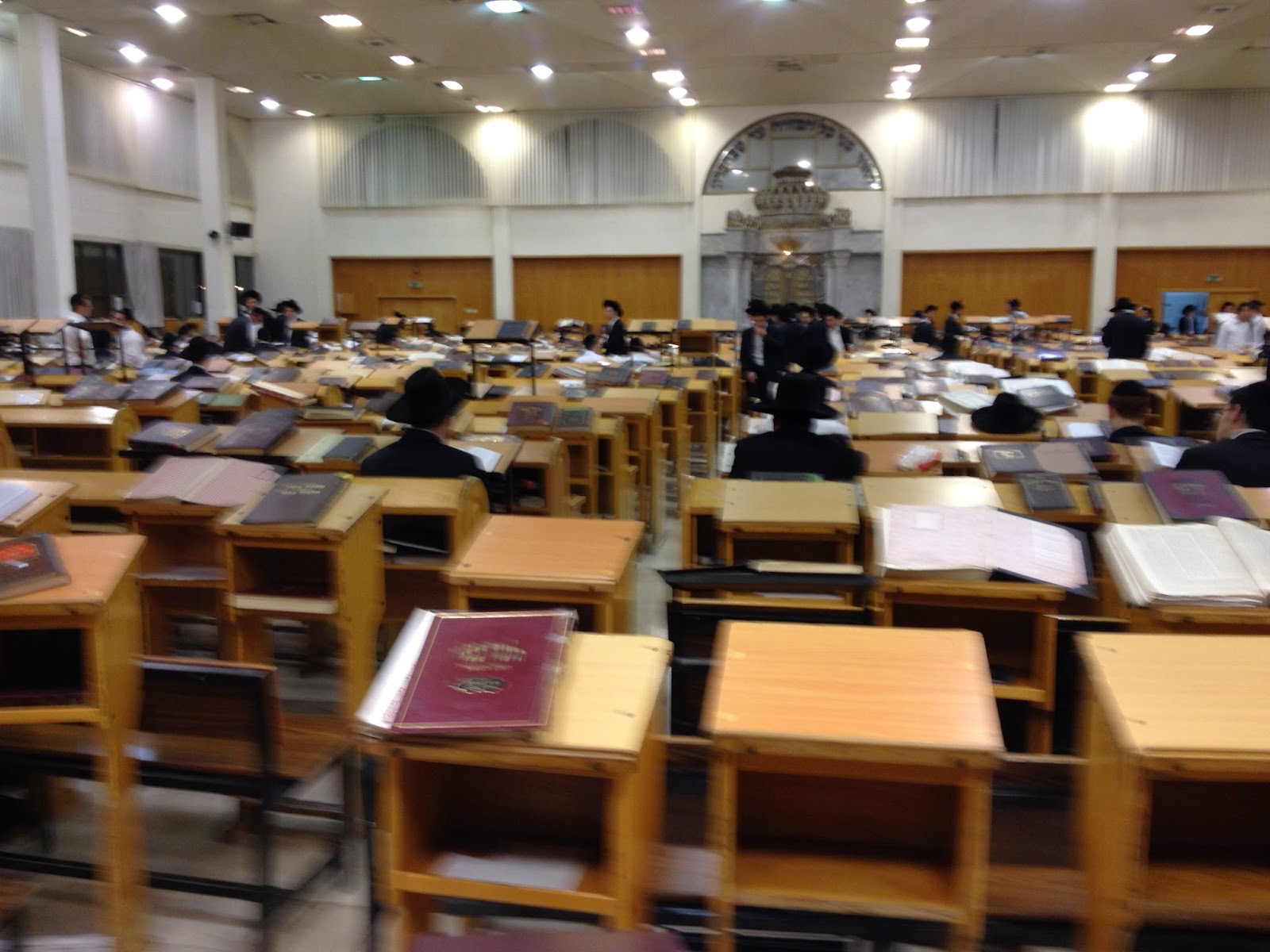 It seems so simple to me.  So Logical. It makes so much sense. And yet it seems that logic is thrown out the window when it comes to the ways in which Charedi leaders in Israel view it.

The ‘it’ I’m talking about is economically integrating itself productively into Israeli society without sacrificing its core principles or way of life. Primarily by changing its educational paradigm of full time Torah study with virtually no secular studies of any kind. And doing so for as long as possible - well into an adulthood that includes large families.

This leaves those who ultimately feel the need to work with no real marketable skills at an age where learning those skills far more difficult – if not impossible. While it is true that thetype of  study skills acquired in the course of their Talumd study are quite valuable and proably surpass those of the average Israeli – there are other basic study skills that are ionored which are essential to the success of  the higher learning needed for better jobs. Those skills are better absorbed when learned at an early age.

Aharon Ariel Lavi has written an insightful analysis of the situation in Mosaic Magazine where he essentially makes this very point:

A cherished belief in the haredi community holds that someone steeped in a decade or more of Talmud study is mentally well equipped to excel in any program of higher education. There’s a grain of truth in that. But while a background in Talmud can impart a relative advantage in the area of logical reasoning, it is no substitute for mathematics or basic science, or the ability to read and write in Hebrew above an elementary-school level. Moreover, as anyone who has studied in a university knows, even those skills will not take you far if you lack a reasonable command of English, now more than ever an entry point to almost all disciplines.

One of the Charedi counter claims to this is that there are schools increasingly being created that are designed to overcome this disadvantage. And that they have been successful in producing Charedim with the skills to compete better jobs in the workforce.  According to Mr. Lavi that has been less than a stellar success:

For the most part, current programs for haredi employment in Israel take too literally a verse from the book of Ecclesiastes: “that which hath been done is that which shall be done; and there is nothing new under the sun.” They supply single-dimensional training, usually for low-paying jobs. In addition, instead of offering even moderate exposure to the outside world, most programs have created cloistered, haredi-only training environments—even separate campuses—and have persuaded potential employers to continue this practice with those they hire. This might make sense in the short term as a means of attracting young haredim, but in the long run it will prevent the creation of successful networking, cripple flexibility, and constrict job opportunities.

The bottom line is what I have been talking about for years now. Without a basic secular studies program  Charedim are ignorant in all areas beyond Talmud study. To the extent that any have any education at all beyond that – is to the extent that they are self motivated to seek it. And even for those that are highly motivated to do so, such study which is extra-curricular and extremely is limited by the little free time available to them. It is no substitute for the years of formal study that they would receive in the classroom.

And yet implementation of the most basic core secular curriculum is fiercely opposed by Charedi leaders. The pushback is harmful both to the State and to themselves. And yet they are blinded to the the obvious repercussions of such opposition. They argue that any government forced implementation of secular studies into the Charedi schools system is anti Torah.

As I have said in the past, to say that it is anti Torah to have a curriculum that includes secular studies is to paint the entire Diaspora which has had secular studies programs in the most Charedi of schools since their earliest days as anti Torah. This is pure nonsense. It casts aspersions upon the Gedolei Torah that endorsed it. And sent their own children to those schools.

When confronted by this contradiction between 2 worlds, their response is typically something along the lines of ‘What’s right for America is not what’s right for Israel’.  I have always questioned that assertion. We do not have 2 Torahs. We have one. If secular studies programs are valid here, they should be just as valid there. So when the Israeli government tries to impose such programs in Israel American Charedi leaders tend to cast it in the same terms as their counterparts in Israel as anti Torah using the same vitriolic language about it. To me this makes absolutely no sense.

Meanhwhile the poverty rate of Charedim keeps increasing because of their fertility rate, the influx of Charedi immigrants to Israel, those in the Dati Leumi (Modern Orthdox) world that have gravitated towards Charedism, and the increasing number of Baalei Teshuva that choose the Charedi path.

When the status quo agreement was created that allowed Charedim – almost of all whom studied full time in Yeshivos and Kollelim, there were 400 such people. Today Charedim comprise over 1 million people. These numbers will surely multiply exponentially as time passes.  These increased numbers of Charedim will suffer the same impoverishment that so many of them do now.  And as their numbers increase with the attendant increase in the number of uneducated and unemployed people their  proportion of the entire population will increase… and everyone will suffer. As I and many others have said, this situation is unsustainable.

But Charedi leaders aren’t budging. This was recently manifested in their announcement that they would not join any governing coalition until all the ‘draconian’ anti Charedi legislation is reversed. Including restoring to previous levels the funding of Charedi schools that do not offer a core secular curriculum.

Mr. Lavi seems to acknowledge what many Charedim say. That government coercion of of a core secular curriculum is doing the exact opposite of its intended effect - because of the strong opposition by the Charedi leadership. He doesn’t think it’s helpful for the government to keep insisting on a program that is being fought tooth and nail.

He has a few intriguing suggestions that he feels might work in their stead. They are surely worth pursuing.  But I do not agree with abandoning the determination of the government to condition funding of Charedi schools on the implementation of a core secular curriculum. Because only a universal program that has the force of the government behind it will have any chance at countering the massive Charedi opposition to it. Eventually the unsustainability of continuing the ‘ways of old’ will kick in. There has to be an educational infrastructure in place for them to pick up the pieces.

Mr. Lavi ends by saying we should be ‘Increasing haredi integration in a way that does not undermine the community’s way of life’. I agree with him. But I do not think that taking a few hours out of the school day to study a core secular curriculum will change their way of life. What it will change is their economic status from one of poverty to one of self sustenance.
Posted by Harry Maryles at 11:20 AM