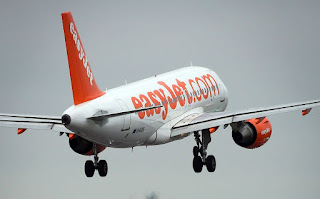 There is only one word that can capture the behavior of certain religious looking Jews: Uncivilized. These are Jews that are raised in a bubble. A bubble that sees everything outside of it as either evil or beneath them. And therefore have no clue how to interact with fellow human beings that are not like them.

Those who are a bit wiser among them tend to hide this attitude when in public. Sometimes they succeed. But often they do not.  By the way they lead their lives they believe themselves to be the most devout of Jews. Sacrificing the world of materialism for a life of spirituality. Their Jewish education is limited to what their leaders deem worthy of teaching them in terms of their relationship with God and their relationship with man. What they learn about the latter does not extend to non Jews. Who are treated accordingly.

I cannot begin to describe how embarrassed I am by the behavior this attitude generates. That they end up making a Chilul HaShem does not occur to them. If confronted they will deny it. They actually believe their behavior towards non Jews is normal, reasonable, and appropriate. In that sense their leaders that have failed them miserably!

This is not the first time I have discussed this. And unfortuntely it probably won’t be the last. There seems to be precious little anyone can do to change things. But I want to make clear my disgust with an attitude that produces the kind of Chilul HaShem that was described in the Jewish News:

Desperate easyJet staff called police from 30,000ft during a “nightmare” flight from Tel Aviv to Luton, after a group of strictly-Orthodox Jewish men refused to take their seats for religious reasons.

During the incident on Monday afternoon, which one air steward described as “the worst flight in 11 years”, one passenger also plugged a mobile phone into the plane’s control panel in a “foolish attempt to charge it”, causing the exit light to switch on.

According to one witness, the chaos began at boarding in Tel Aviv, when a group of male passengers refused to take seats next to women.

Eventually a “bemused” female passenger offered to swap her seat.

“I chatted to her later on. She just couldn’t believe the whole thing and they didn’t even say thank you. That was something the staff mentioned as well, that they did not say please or thank you.”

The perplexed passenger also noted the group – a wedding party, which made up more than 50 percent of the flight – kept using the call button, causing disruption to the other passengers.

They were constantly ringing the bell for the steward. I’ve never heard it go off so many times. It was dinging constantly and to the point it was really intrusive if you are trying to read or something.

I wish I could say that this is an anomaly. Although not quite as egregious, I have personally witnessed similar behavior by a group of passengers like this on a fight I was on. From the moment they boarded the plane they treated the flight attendants like personal servants. As Kipa wearing Jew, I was embarrassed by it. I tried to apologize  to one flight attendant - saying that I hope she didn’t think all religious Jews behave this way. She was very gracious and said no, she knows we don’t adding that she was used to this kind of treatment by these people. She added that in her experience, most Orthodox Jewish passengers were very respectful of others and were among the best behaved.

That people raised this way don’t even realize how bad their behavior is - is what makes this so upsetting. It’s true that every group has people that misbehave making innocent fellow members of that group look bad. But in those cases, those who act badly know it. They are just sociopaths who care about no one but themselves.

But these people are not sociopaths. They think they are acting normal. That can only happen if you live in a bubble and never learn how to interact in civilized ways with people outside of your group.

I understand that their religious ideals see the mingling of the sexes as a violation of their modesty standards. Although I don’t agree with the their extreme interpretations, I respect their right to view it as they understand it. Which requires them to avoid contact between the sexes as much as humanly possible.

This is what generates the desire for their men to avoid sitting next to a woman on an airplane. I have no issue with their motives. My issue is only in how they try and honor that standard by imposing on others. And if they can’t get what they want one way, they will do it another - no matter who or how many it inconveniences or disturbs. They believe they are being true to their ideals. Are they all like this? I don’t know. But there have been too many instances of it for it not to be the norm at some level.

What generates this behavior is the severity of sexual sins. They therefore believe one must go to the greatest lengths to avoid male female interaction – let alone contact. Sitting next to a woman on a long flight in the sardine can situations of economy class may very well result in some inadvertent physical contact. This, they see as so unacceptable that they will use any and all means necessary to avoid it. It does not matter that the rest of the Orthodox world doesn’t see it that way. They believe their superior level of sensitivity to sexual sins requires them to inconvenience other passengers if necessary.

What they don’t realize is that whatever heavenly reward they think they will reap by going to such lengths will be more than nullified by the Chilul HaShem it creates.

There are those among mainstream Orthodoxy that will go to their own great lengths to defend them as a group - even if they reject the kind of behavior that took place on this flight.

In my view that just adds to the Chilul HaShem. We – the rest of Orthodox Jewry - ought to all stand up together in unity and reject not only this behavior but what generates it. We should recognize that no matter how religious someone appears to be - behavior like that is not Jewish behavior. Orthodox condemnation of this behavior and it what causes it ought to be complete, universal, and without the slightest hint of apologetics. Not that it will change anything. But at least we can let the world will know that what passes for Judaism on their part is the furthest thing from it!
Posted by Harry Maryles at 11:41 AM