Will ‘A Jewish Father’ End Up with Jewish Grandchildren? 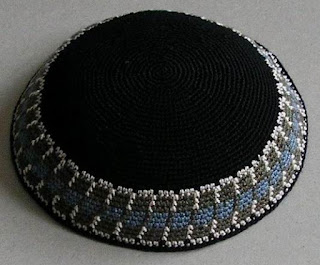 I literally do not know where to begin. I don’t know whether to feel sorry for this fellow or to just be angry at him.

An anonymous individual  that calls himself ‘A Jewish Father’ just wrote an article in the Times of Israel ‘crying bitter tears’ about his financial plight as a modern Orthodox (MO) Jew. A ‘plight’ he has since ‘corrected’ claiming victory over the financial oppression he felt. A victory that may end up being Pyrrhic. Unless he doesn’t care that much about his children’s Jewish future. More about that later.

His complaint is that Orthodox Judaism costs too much. And then goes about demonstrating that even someone like him - a practicing Jew that has an upper middle class income (well into six figures) is basically living from check to check. He says that after many years of working and living the (expensive) life of a religious Jew, he doesn’t have two nickels to rub together for his retirement.

His primary expense is (was) tuition for the religious education of his 4 children. At $20,000 per child he was paying $80,000 per year in pre tax dollars. Which he said was half of his post tax income. And because of his rather substantial income he was not given any financial assistance by the school.

Of course tuition expense wasn’t the only problem. There was the yearly expense of Pesach vacations for his family; summer camps for his children; and the cost of Kosher food amounting to as much as $12,000 per year. And various and other and sundry Jewish things - such as Shul dues and charitable contributions.

This is not to say that some of his complaints weren’t valid. They were… and still are. As are some of his suggestions for improvement.

There certainly is a tuition crisis. Everyone that now has – or has ever had - a child in the religious educational system knows that all too well. This is one of the most serious problems Orthodox Jews currently face. It is existential in nature. Without the benefit of a formal Jewish education, history has shown that Jews will not necessarily remain religious – or in some cases even care to be.

Their Judaism is easily overtaken by the sweet lure of a secular lifestyle. Being raised in a modern Orthodox home where in many cases immersion  in the culture is placed on a higher plane than religious practices, it should come as no surprise that once a child leaves home to a top university - which  in most cases does not have any Jewish infrastructure - he might easily shed his Judaism. ‘Jewish Father’ actually alludes to that. (I should hasten to add, that although a lot of MO homes are ‘lite’ in this way... that is NOT the definition of modern Orthodoxy. Which is beyond the scope of this post.)

Yes, it’s possible to remain a committed and observant Jew in this environment. There are some pretty famous examples of that. But it is no secret either that a lot of young college age Jews from modern Orthodox backgrounds end up dropping observance altogether under those circumstances. And these are Jews that in most cases attended a modern Orthodox day school and high school. Going to a public or private non Jewish school will surely not change that trajectory. It will enhance the probability of it.

‘Jewish Father’ decided to pull his children out of a religious school and send them to a private school at 1/3 the tuition of his former school. That - as well as tightening his belt in other areas  such as quitting his expensive Shul, ‘eating’ more frugally, and not going on Pesach vacations has helped to reduce his ‘Doing Jewish’ expenses. Although he thinks he can restore that last item under his revised financial plan.

All of that has helped him achieve his goal of beginning to put money away for his retirement (as well as for his children’s expensive ivy league education no doubt). His kids are doing well and he’s happy.

I wonder how he will feel if any of his kids end up abandoning their observance. They no longer have a daily religious environment in their school. They have a totally secular environment. Does ‘Jewish Father’ really believe that this will not impact their religious observance? That he recently hooked up with Chabad, is no guarantee that his kids will - when comparing them to what a secular lifestyle has to offer. Which they now experience on a daily basis.

Yes. Tuition is high. Most Orthodox Jews can’t afford to pay full tuition. Even Jews who make an upper middle class income like ‘Jewish Father’.  There is, however, one glaring thing that stands out in this fellows narrative. It is the fact that his school insists that half of his income be available for tuition.

Having spent many years on a scholarship and tuition committee of an excellent religious day school, I can attest to the fact that we never insisted that any parent spend anywhere near half of their income on tuition. We also had an appeals process that parents could avail themselves of that in most cases would yield additional financial aid when justified by a parent appeal.

Tuition - even with generous financial aid from a school can still be a burden. But the solution is not, pulling your children out of the school and sending them to a private secular school.

What about ‘Jewish Father’? Were his‘religion’ expenses legitimate? Were they real? Let’s take a closer look.

Pesach vactations?! Really?! In what world is that not a luxury? He only now realizes it?! And thinks it can eventually be restored and justified over a religious education for his children?

That he quit a Shul whose dues were too high in favor of a Chabad shul was indeed a way to reduce his ‘religion’ expense. As was buying cheaper food. And certainly eliminating Pesach vacations.

However, I am absolutely convinced that he could have achieved his financial goal with his children remaining in a religious school. Maybe not the one they were attending. But certainly one that would provide a religious environment for his children on a daily basis and give them a relatively decent religious and secular education. Furthermore, in my view, any school that thinks 50% of one’s income is a legitimate tuition expense ought to be shut down!

None of this solves the high cost of Jewish education. It is clearly becoming an increasing burden. Communal Orthodox Jewish organizations like the OU realize this. If I remember correctly, they have made solving the tuition crisis is a top priority.

The truth is that we need good people to teach our children. And you aren’t going to get good people unless you pay them well. Which is the primary reason tuition is so high. And I agree with ‘Jewish Father’ that in some cases, a school is top heavy with well paid administrators. (Are 5 principals – as is the case with his children’s former school - really necessary?). These are all things that should be looked at.

But one thing should be made abundantly clear. Taking your children out of a religious school and placing them in a secular school - even a good one - should never be an option. Because if you care about their religious future at all – you may end up with something you never wished for.
Posted by Harry Maryles at 11:10 AM