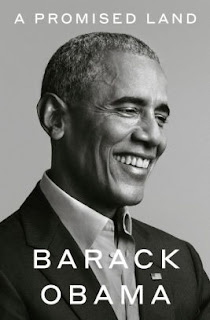 *Rabbi Dov Lipman was there when it counted. A few years ago, extremist Charedi inhabitants of Ramat Bet Shemesh Bet were flexing their muscles in a contentious battle with their Modern Orthodox neighbors over a school building.
Recall how some of the more zealous extremists taunted a 7 year old girl trying to attend classes there calling her a prostitute (or some such insult). Rabbi Lipman stood up for that community and fought off those extremists.  Long story short - the favorable publicity he received from that got him a seat in the Keneset.

But he eventually lost gave up his seat and membership in the party that put him in that seat. I have no idea what the circumstances were that caused him to do that. But I missed his courageous voice in the Israeli Kenesset supporting the same Jewish ideals I believe in - in the face of a strong opposition and pushback from the Charedi world.

But he has not gone away. In what I believe is an accurate critique of former President Barack Obama’s new book, A Promised Land. His critique is limited to Obama’s discussion about Israel. And it is not flattering to say the least. In fact it’s a pretty scathing attack against the former President which might explain some of his policies towards Israel. Especially near the end of his term.

Please understand that I still believe that Obama’s polices with respect to Israel were mostly very positive. I believe he meant it when he said that America would always have Israel’s back. But I have also come to believe that his policy was based more on pragmatism than the idealism usually associated with him. Israel was (and is) the most important US ally in the Middle East.

Obama realized that it was in  America’s interest to keep her strong. But as Rabbi Lipman points out his heart seemed to be with the Palestinians. Using much the same narrative one constantly hears from Palestinian leaders. That Israeli pioneers were a bunch of opportunistic colonialists with strong militias that marched in and took over Palestinian land; that Israel was always the aggressor in all its wars; and that Israel’s tactics during some of them indiscriminately killed many innocent Palestinian civilians.

Rather than using my own words to describe what the former President said and Rabbi Lipman’s indisputable (in my opinion) rebuttals let me excerpt some of them. Although a bit lengthy I would suggest reading it in its entirety. It is quite eye opening.

Obama relates, for example, how the British were “occupying Palestine” when they issued the Balfour Declaration calling for a Jewish state. But labeling Great Britain as an “occupier” clearly casts doubt on its legitimacy to determine anything about the future of the Holy Land—and that wasn’t the situation.

While it is true that England had no legal rights in Palestine when the Balfour Declaration was issued in 1917, that changed just five years later. The League of Nations, precursor to the United Nations, gave the British legal rights over Palestine in its 1922 “Mandate for Palestine,” which specifically mentions “the establishment in Palestine of a national home for the Jewish people.”

The League also said that “recognition has thereby been given to the historical connection of the Jewish people with Palestine and to the grounds for reconstituting their national home in that country.”

The former president’s noted omission of the internationally agreed-upon mandate for the British to establish a home for the Jews in Palestine misinforms the reader, who will conclude that the movement for a Jewish state in Palestine had no legitimacy or international consent.

“Over the next 20 years, Zionist leaders mobilized a surge of Jewish migration to Palestine,” Obama writes, creating the image that once the British illegally began the process of forming a Jewish state in Palestine, Jews suddenly started flocking there.

The truth is that Jews, who maintained a continual presence throughout the 2,000 years that most were exiled from the land, had already been moving to Palestine in large numbers way before then; considerably more than 100,000 immigrants arrived in the late 19th century and beginning of the 20th century. Then, in the 1920s, high numbers fleeing anti-Semitism in Europe could only find safe haven in Palestine, due to the United States having instituted quotas in 1924 on the number of Jews who could enter America.

The number of immigrants rose even more in the 1930s, when Adolf Hitler rose to power and began his conquest of Europe while the world remained silent.

His claim that the new immigrants “organized highly trained armed forces to defend their settlements” is also misleading. A more accurate way to describe it would have been: “Because the Arabs in the region mercilessly attacked the Jewish areas, the Jewish refugees had no choice but to take up arms to defend themselves.”…

(In talking about Israel’s founding) Obama’s use of “Zionist leaders” instead of “Jewish leaders” plays right into the current international climate, in which it is politically correct to be “anti-Zionist,” while unacceptable to be anti-Jewish…

Obama tells the story of the establishment of the State of Israel in two sentences, which are nothing short of outright revisionist history: “As Britain withdrew, the two sides quickly fell into war. And with Jewish militias claiming victory in 1948, the state of Israel was officially born.”

(But the) two sides didn’t “fall into war” when Britain withdrew; the two sides had been fighting for decades, with the Arabs—who rejected more than half-a-century of efforts to establish a Jewish state in the region—attacking the Jews, and the Jews defending themselves. When the British then left the area in May 1948, the Jews made a very difficult decision to declare their independence based on the U.N. Partition Plan, which gave the right for a Jewish state alongside an Arab state.

There were no “Jewish militias claiming victory.” There was a unified Jewish army that formed the Israel Defense Forces, which knew that the surrounding Arab countries would begin an all-out assault to destroy Israel the moment its Jewish leadership declared an independent fledgling Jewish state. And that is exactly what the Arab armies did…

The most disingenuous sentence of Obama’s history of Israel is in his description of what happened during the 30 years following Israel’s establishment: “For the next three decades, Israel would engage in a succession of conflicts with its Arab neighbors…”

Israel did not “engage” in any conflict with the surrounding Arab countries. The Arab armies and their terrorists attacked Israel again and again, and Israelis fought to defend themselves.

Rabbi Lipman describes many more instances of former President Obama’s biased understanding of the conflict. Constantly blaming or even villifying Israel (directly or by implication) while having treated Palstinians as victims of Israeli aggression from the very inception of Zionism as a movement back in the late 19th century.

Unfortunately the former President is widely respected as an idealist who speaks the truth. There is not a doubt in my mind that Obama’s biases so aptly exposed by Rabbi Lipman will nonetheless be taken as gospel by his many admirers on the left. That does not bode well for the kind of bi-partisan congressional support we are all hoping for.

That doesn’t mean that the left will abandon Israel. They understand Israel’s strategic value. And they will continue to support her. But once you damage Israel’s image by painitng her as a colonialist aggressor whose use of power (much of which was supplied by the US) has caused over a century of pain to its indigenous Arab residents – that support will dwindle rather quickly should they for some reason not need her anymore as an ally. At least that is how the left might act if as I suspect they see Israel as the unmerciful aggressor painted by Obama.

Which is why I am grateful that there is a strong two party system. Conservative Republicans are far more sympathetic to the truth about Israel’s history and more supportive of her. Just as they have increasingly been for quite some time now. They will surely reject the false impression made by the former President. Thank God for that.

For the time being, we have a new President. Biden has been around a while and I don’t think he sees Israel in quite the same way Obama does. At least I hope he doesn’t.

*Update: Based on confidential information provided to me, I have altered the post for accuracy.