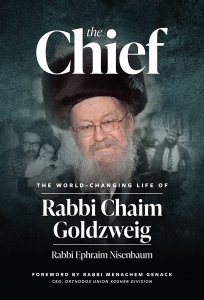 It’s been a slow news day. In fact it’s been a slow news week! Finding something new and excicting to talk about every day can be very challenging under any circumstances let alone one like this. Especially when half the stories reported in the media are either about COVID or politics. And frankly, I am a little tired of taking about either of those subjects. So I thought I would address an issue that continues to bother me.
There is a perception by some people that I am prejudiced against Charedim in general and Chasidim in particular. In a recent post I was critical of a Chasdic fellow that had somehow gotten a hold of COVID vaccines for his clinic and began inoculating people not yet eligible to receive them. I was criticized by one fellow  for not pointing out that two of the ineligible recipients were YU Roshei Yeshiva. As he more or less put it in his comment: ‘If they had been wearing long beard and long jackets (Kapotehs), I would be singing another tune.’

I responded that it was not true, I am not anti Chasid and that some of the people I have admired most in life had long beards and long jackets.

This is not at all the case with me. It may sound self-serving and disingenuous when I have written so many posts critical of Chasidim of late. But that doesn’t make it any less true. This can be demonstrated by numerous posts I have written about people like that looked up to as teachers and heroes. Among them, R’  Gedalia Dov Schwartz,  R’ Yaakov Perlow,  R’ Yakov Horowitz and no less my own Rebbe, R’ Ahron Soloveichik. There are others that I know prefer to remain anonymous and would probably be embarrassed being looked at as heroes. Which they are despite their humility.

But perhaps topping them all is the Late Rabbi Chaim Goldzweig, a Chasidic Rav stemming from a long line of Chasidic Rebbes. He passed away a couple of years ago.

Rabbi Goldzweig exemplified all that is good about Orthodox Judaism.  He was a living Kiddush HaShem in his every act; every move. A living examples of what every Jew should aspire to be and few are able achieve. Pure of heart;  dedicated to the service of God and the Jewish people. Without an ounce of Gaavah (arrogance or haughtiness). He did not know the meaning of the word. His humility was legendary.

His acts of Chesed done privately could fill many volumes. Often done without the recipient even knowing it was a Chesed. He would take as much money as needed out of his own pocket to help a fellow Jew - without them realizing where the money came from.

Like the time he encountered a woman in a drug store unable to afford some medication she needed. He told her that there was a special fund for these kinds of situations. And then paid for it with his own money while she believed it was from that fund.

Or the time a Meshulach lost an envelop filled money he collected. Rabbi Goldzweig quietly filled another envelop with the exact amount of money and bill denominations described by the Meshulach, placed it into the Meshulach’s open briefcase, and said, ‘Look!’ ‘I found your envelope.’ ‘It was here in your briefcase all along.’

Rabbi Goldzweig worked for the OU. That was his only source of income. He was not a wealthy man. Money meant nothing to him.

His Shteibel (located in the basement of his house) was home to all sorts of people. Some of them prominent members of the community. And some on the fringes of the community that were mostly ignored by their fellow Jews. And some in between those two extremes. He paid attention to them all and made every single one of them feel like they were part of his family.

There was also no such thing as labels in his mind. To him it did not matter what your Hashkafa was. His Baal Koreh was a modern Orthodox Jew whose wife does not cover her hair.

It was his humility that allowed him to have a wonderful sense of humor. He was almost as well known for that as he was for his knowledge of Kashrus. Which he was an expert in.

This is the role model for what constitutes a hero in my eyes. A book has just been released about this great man entitled ‘The Chief’. That is what the attendees of his Shteibel called him. Although some called him Chaim, which was what he preferred being called.  I can’t wait to read it.