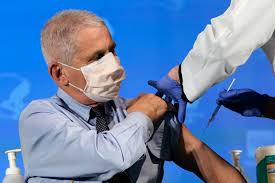 In yet another moment of reflection about the Orthodox community, Jonathan Rosenblum tries to reconcile commitment to it with the contradictions he sees within it. He made note of this in an essay he contributed to Beyond Teshuva, a blog that deals with issues facing the newly religious:

I received (a call) this week from a baal teshuvah of decades’ standing. He told me that he finds himself terribly disillusioned by those whom he most respected, and that he is hearing the same from many friends who, like him, are baalei teshuvah of longstanding, and even from those who were born into religious families.

My caller — someone whom I have never met — and his friends were particularly upset by the communal response to COVID-19. He had a particular grievance, as he is a doctor who has treated many of the Torah scholars in his community and their families. And he has grown increasingly exasperated at being told, “The doctors don’t know what they are talking about [with respect to urging people to wear masks, especially inside, or maintaining social distancing].” He had always been taught that the halachah pesukah is to act in accord with the best consensus among doctors at that particular moment in history.

I wish I could say I am surprised by such a phone call. But I’m not. The phenomenon that doctor describes is not limited to the Charedi world. It involves the entire Orthodox community. The plain fact is that being religious does not make one more likely to make good health choices in life. In that sense religious Jews are no different than non Jews. Some of us make good decisions and some of us don’t. That is the reality. It doesn’t even depend on how intelligent one is. Some of the most intelligent people on earth make poor health decisions. Why that is the case is a mystery to me. But it is nevertheless a fact.

The doctor who posed that question apparently assumed that if one is religious and intelligent, one will certainly follow the guidelines issued by the best health experts on earth. Health experts  are after all people whose are educated, trained and experienced in public health professionals. They have spent their lives studying and analyzing all the relevant data to determent the best course of action to stay safe during a pandemic. One one think that is a no brainer. But one would be wrong in making that assessment.

To illustrate, I have spoken to a number of respected doctors who scoff at wearing masks. They claim that studies about their effectiveness in protecting one from contracting the virus is at best inconclusive. When I asked them why the CDC and the vast majority of health experts say it is effective, they say something to the effect that it is a PR stunt for purposes of giving people a sense of doing something about it… adding that the virus is so small that it can easily get past those masks and infect the wearer. When I asked one doctor recently why surgeons wear masks, he said that it is to protect the more patient undergoing surgery from the bacteria the surgeon might be carrying. Not from any virus.

I am dismayed at that kind of rationalizing. But it does not leave me disillusioned about my faith.

I can’t explain why some people trust the best experts in the world and follow their advice while others dismiss it as drivel. But the fact is that there are a lot of intelligent people on both sides of the issue. My guess is that the proportion of people in the Orthodox world that feel this way matches the proportion of intelligent people in the non religious world. It has nothing to do with their violating the Halachos of Pikuach Nefesh. No matter how much some of us feel they are. (Which I clearly believe is the case - as do many Poskim across the board of Orthodoxy from Charedi to Modern Orthodox.) The fact is that there are outliers that actually believe they are not violating the Halochos of Pikuach Nefesh at all. And have respected doctors in their corner to defend them.

It is impossible to explain how one develops his belief system. Why does one intelligent religious person choose to believe the expertsand follow those guidelines meticulously while other intelligent realigiious person does not is a question that I can’t answer. But it should not shake one’s faith.

What can shake one’s faith is when the outliers refuse to respect those of us that believe what the experts tells us. And either don’t wear masks at all, or wear them improperly or react with indignity if they are told to follow the rules properly. It is one thing to not believe in masks but still follow the rules. But it is another to disregard those rules in the face of those that follow them. Just because they don’t believe in masks does not give them the right to remove them when others are around who believe masks protect them.

Jonathan and that doctor who became disillusioned at the fact that so many devout and otherwise intelligent Jews do not believe the experts should take solace in the fact that when it comes to trusting medical experts, religious jews, even intelligent ones, are no different than their non religious counterparts. But when those views are put into action – it shows these supposedly devout Jews being entirely selfish at the expense of their fellow Jews. That is reprehensible. And that is what should disillusion him.