Is There Justice for Domestic Abuse Victims in Boro Park? 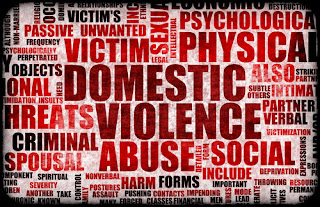 To be honest, I have mixed feelings about this. On the one hand I am outraged by Dan Glaun’s description of how domestic violence is handled in the Chasidic community of Boro Park. On the other hand, I am suspect of the one sided reporting that he based his article upon.

In reading it, I therefore tried to be objective and see what the other side might be saying in their defense. But it was hard to do in light of Glaun’s description. Besides - it isn’t about me.  It is about how the community itself feels about it.

In the world outside of this Chasidic bubble, the usual way domestic abuse is handled is by the police and government social service agencies that are staffed with qualified and licensed social workers. When a woman is physically abused by her husband, the police are called; family and child protective services get involved. In many cases the justice system gets involved too - often issuing orders of protection against an abusive spouse. Abusive husbands that violate protection orders can go to jail.

But things don’t operate that way in Boro Park.

“In Borough Park they like things taken care of in-house,” said Yael Machtinger, a professor at John Jay College of Criminal Justice who studies domestic violence in religious communities. “It’s definitely part of the culture that they don’t really want to be airing out their dirty laundry.”

First we need to dispense with the myth that domestic violence does not happen in religious Jewish homes. It does happen – probably just as frequently as it does in non religious homes.

When it happens, instead of going to the secular authorities, victims go to their religious authorities and rely on protection by ‘Shomrim’ - a group of untrained Orthodox Jews acting as a substitute for law enforcement. But the following excerpt from his article makes this scenario frightening:

Women from Borough Park and other Orthodox neighborhoods in the New York area described nightmare scenarios in which their husbands coerced them into having sex by invoking the authority of God, withheld money for household necessities and used GPS to track their movements. They told of being thrown to the ground while in late stages of pregnancy — or of watching their partners beat their children.

And they shared stories of seeking help from rabbinic and civil authorities, only to find themselves subjected to surveillance, harassment or the loss of their children in custody proceedings. This cycle has had profound consequences, intimidating victims into not reporting crimes, and shielding abusers from consequences.

I have no way of knowing how prevalent such claims are. Or how accurate. But the Chasidic world does not have a good track record on dealing with abuse. Which lends credence to this excerpt.

That said, I understand the rationale of trying to keep things in house. Religious standards by which these cases are judged are different than those of the secular authorities. And as mentioned - there is the fact that this community does not want to air their dirty laundry in public. Perpetuating up the façade  that domestic violence is rare in religious homes.

I wonder though how the general population of Boro Park Chasidim see this. Do they approve of the in house handling of domestic abuse? Are they satisfied with the judgment and subsequent verdicts of their religious courts? Do they see custody arrangements as fair and equitable?

And what about the parties to the domestic violene themselves? Are they satisfied with the status quo? Or do they just live with it - fearing the repercussions if they complain? It’s really hard to know the answer to that.

If there is legitimate widespread communal satisfaction with the current religious based outcomes, I would leave things as they are. As the secular authorities currently seem to be doing. But I suspect that deep down there is a lot of dissatisfaction, especially by those directly involved – along the lines of the above description.

Sadly, I don’t think we will ever know for sure.  One thing I am sure of however is that there will be a lot of pushback against an article like this. Just as there always is when accusations like these are made. What worries me though is that innocent people will suffer - and there is little they can do about it without suffering even more via the communal consequences of exposing the abuse they suffered.