The Sad Reality of MO-Lite 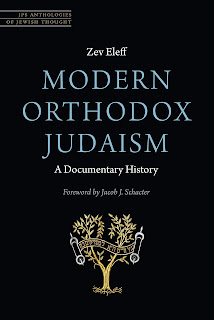 My views have not changed. If anything they have been reinforced by Avi Ciment’s observations in a Jewish Press op-ed.

Sometimes it seems like there are more divisions within Orthodoxy than there are religions and all their denominations combined! For purposes of this post, I will simplify the breakdown in Orthodoxy between Charedi Jews and Modern Orthodox (MO) Jews. My focus here is on Modern Orthodox Jews

Sadly, MO is divided into 3 widely disparate groups which I will call Centrist, Left wing, and MO-Lite. In my view the most legitimate segment is Centrist - which I consider myself to be a part of. Obviously. This segment believes in strict adherence to Halacha and loyalty to the Mesorah - the traditions of our forefathers. But at the same time Centrists place a high value on Mada - the study of worldly knowledge. We also have a positive view about participation on the general culture as long as it  does not contradict Halacha or Mesorah. (This is mostly where  we differ with Charedim. More about that later.)

The left wing of MO sees Halacha as vital but does not place as much value on tradition when the spirit of the times suggest changes. Of course they too place a high value on Mada and participation in the culture.

Then there is what I have called MO-Lite.  I fear that this may very well be the largest segment of MO.

These are people that are MO mostly for cultural reasons. For this reason, they do not have that  much of a commitment to Halacha, let alone the Mesorah. Nowhere is this better illustrated than in Avi’s personal observations. While it is true that this is merely anecdotal evidence. I would be willing to bet that it is a pretty accurate reflection of MO-Lite:

The other night, my friend’s daughter mentioned that she recently ate Shabbos lunch in a very popular Upper West Side building. Waiting in the lobby for a friend, she was surprised to see a large percentage of Modern Orthodox kippah-wearing boys walking through the electric sliding door and pushing the elevator button.

After lunch, one of the guests – all of whom were Modern Orthodox and had attended Jewish day schools – casually turned on the TV. No one said anything, probably because of peer pressure or, worse, because they didn’t regard it as such a big deal…

Despite parents spending hundreds of thousands of dollars on Jewish education, many of their children text on Shabbos, skip putting on tefillin, and don’t strictly keep kosher. I’ve spoken to many of these young adults, and you’d be shocked to find how many don’t truly believe that Hashem actually authored the Torah.

I don’t think there is any point in denying it. I have witnessed much the same thing. Given the choice in a conflict between Halacha and lifestyle, MO-Lite Jews will choose lifestyle. Tradition has little significance if any when this kind of conflict arises. I wish it weren’t so. But apparently it is very much so.

The sad thing is that many of MO-Lite Jews have had the benefit of an Orthodox Jewish education. But they basically ignore it!. Avi speculated about why that is the case:

Perhaps many of their parents didn’t convey to them the importance and beauty of keeping Shabbos or any of the other mitzvot. Or they only went to shul to discuss business and sports rather than pray to G-d. Remember, it’s not what you say, but what you do that counts most. (Emphasis mine).

I think that is exactly right. First let me state what I have said in the past and still strongly believe.  Without a formal Jewish education provided by religious day schools and high schools observant Judaism would be in decline. Possibly even facing an  existential, crisis. It the day school movement that has turned the tide - and why of all Jewish denominations Orthodoxy is the only one that is growing. There is not a doubt in my mind about that.

But there is an important caveat about the effectiveness of a religious Jewish education. If a child does not see it in the home, the school will not be enough. When there is a conflict between what the school teaches a child and what they see their parents do, the parents win.

If a parent is nominally observant but violates Halacha when it suits them, a child will pick that up as a value. That is what they internalize. It is rare for a child to break away from the relatively easier lifestyle of ‘Lite’ observance they see at home and the more serious form of observance they are taught in school.

I think that explains – at least in part – the behavior described by Avi. And much as I’d like to, I’m not sure there is anything we can do about it.

My gut feeling is that the MO left wing is the smallest group among MO and will eventually have to make c a decision about whether they actually belong in Orthodoxy or not. If they continue their current trajectory, that decision may be made for them.

MO-Lite is probably the largest segment. Which is why when someone mentions MO to a Charedi, that is what they all too often see.

Then there are the Centrists like myself. We are definitely greater in number by far than the left. We are as committed to to Halacha and Mesorah as is the Charedi world. but we are much smaller in number than they are. Probably by orders of magnitude.

It may not surprise anyone that I still consider Centrism to be closer to Emes – God’s intent on how His people should serve Him. Why I believe that is beyond the scope of this post. pointis that greater numbers do not equal greater truth. If that were true, we’d all be Christians!

I’ve said this before. Many times. Greater numbers and greater growth (mostly due to a higher birth  rate) does mean that our survival as a people lies largely with Charedim. On the plus side, our common values of strict observance of Halacha and loyalty to Mesorah makes it easy to live together with similar lifestyles. Our differences are intellectual and rarely discussed.

The question is whether Centrist Hashkafos will survive under these conditions. I think they will. In fact I believe that there will be - and currently is - cross-fertilization between us and each side has picked up a bit of what the other side has to offer. We will be fully integrated as a society.

That is already happening culturally as more Centrist MOs can be found to be wearing black hats and more Charedim are seeking higher educations and better jobs. And even our participation in the culture will not be that different. Although our attitudes about it differ in the sense that Charedim tend to do so with a certain degree of guilt. But that hasn't stopped them.

Another - perhaps more important question is what happens to MO-Lite? Are they going to be written off as a casualty of assimilation? If so is there anything we can do about it? I hope not. But I honestly don’t know.

Update: After consultations with people associated with the previous photo, I decided to change it to a less controversial image. I apologize if it offended anyone. That was certainly not my intent.