Being Overly Stringent Can Break You 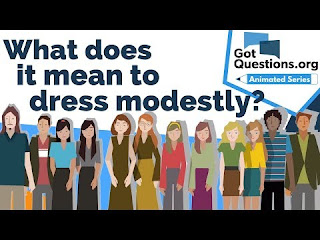 In light of all the online discussion about the new Netflix series, ‘My Unorthodox Life’ which focuses negatively on Orthodoxy’s modesty laws  - a Facebook forum to which I belong that features  dialogue between observant and OTD Jews asked the following 4 questions of those members that are OTD:

Did you / do you feel at all trapped by this? Do you have friends or family who feel trapped by it?

Do you feel that the strong emphasis on tznius for girls in many parts of the frum community puts a difficult burden on girls and women?

Do you feel that the standards of tznius are part of the reason why you or others have gone OTD?

For girls / women who went OTD, did you feel that once you went OTD you felt a need to go strongly in the opposite direction of tznius, as Julia says she did?

It occurred to me that the first two questions should be asked of the observant members of that forum too. Their answers might be surprisingly similar. If the answers of both the observant and OTD community are similar, why does one person go OTD while the other remains observant? Not sure I can answer that question. But I will try to analyze the dynamics.

Feeling uncomfortable with certain Halachos is quite natural. That does not mean you don’t follow them. Nevertheless our belief system does not ignore this. There were for example some Takanos (rabbinic edicts) issued by Chazal that were repealed because of something called ‘Ein HaTzibur Yochel La'amod Bohem’ - the Jewish community could not withstand observance of them. When Chazal realized how difficult is was to follow those edicts, they rescinded them.

That being said, Judaism is not a religion that necessarily serves our comfort level. It is far more about obligations than it is about rights or comfort levels. It requires serving God by being obedient to His laws and listening to the rabbis of each generation that are capable of determining how best to do that under the conditions in which we live. Sometimes it requires sacrifice. But usually not to the extent  that would turn Jews off of Judaism. Which is more or less the intent of rescinding them because of ‘Ein HaTzibur Yochel La'amod Bohem’.

With respect to the issue at hand - modesty laws, the way Orthodoxy defines them can vary quite a bit around the middle of the Tznius spectrum. Clearly the laws that govern base modesty should be understood for what they are - even in a general culture such as ours. Among other things they protect women from predatory eyes by not drawing attention to themselves with provocative clothing. I think most people understand that. In other words its not about a woman’s right to dress as she chooses. It’s about following a sensible obligation.

Ideally one should follow the customs of their own community. However, what if observance level of the more stringent communities is too difficult for some of its members to handle? Must they follow their particular community’s stricter standards? What if they don’t? What if they choose to follow only the base Halacha in those communities? Is that an option?

Going too far beyond base Halacha is what I think makes most people uncomfortable. Once again. moderation is the key. At least in my view. Base modesty standards can be quite fashionable and stylish in our culture. You don’t have to dress provocatively to do that. This may difficult for some who would prefer expand their choices of clothing beyond base permissible limits. But that is the nature of observance. We do what we must, which is not always what we want.

It is on the basis of moderation that most of the women I know dress. I don't think too many women in my community - including the moderate Charedim feel stifled or overly burdened by their adherence base Halachic modesty standards. Even though it limits what they can wear to some extent. For those that live in a community that has stricter standards than base law requires, I can understand how some there might find it stifling. But that does not mean dropping all modesty standards. It just means not going to the extremes demanded of them in their own stricter community.

The problem with this is peer pressure and communal expectations. If someone dresses in ways that are not acceptable in that community even though base modesty laws are observed, they tend to be looked down upon, in some cases strongly criticized, and even ostracized. If not officially then by the reaction of their peers. Staying within stricter parameters to avoid all that is where the danger of going OTD lies.

For example, a few years ago the length of a Shaitel (wig) which is the most common way for a married observant woman to cover her hair was deemed immodest by some of the more extreme rabbinic authorities if it was too long. There were some pretty harsh words written about women who wear that kind of Shaitel. Even though there is no Halachic problem with it.

What they accomplish with this kind of rhetoric is making observance of modesty much harder for some women who simply want to look their best while observing Halacha. Which can in some cases cause them to just throw off the entire yoke of observance. Preventing this is what I assume was Chazal had in mind when repealing a stringency because of ‘Ein HaTzibur Yochel La'amod Bohem’.

As I always say, moderation is the key to success in most of the things we do, including how to avoid going OTD. It is one thing to not be happy with some of our basic laws but observe them anyway. It is another when stringencies become so restrictive that some people will just drop observance entirely. The key is to find what the Rambam calls the Shvil HaZahav - the golden mean. The point where one’s observance is not compromised and at the same time not so strict that it will break you.