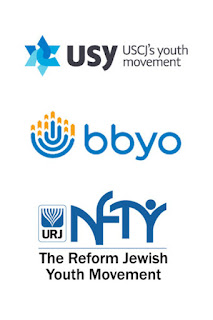 It’s a toxic culture. That seems to be the conclusion of a lengthy investigative report about Jewish youth groups. Three such groups were found to be breeding a toxic sexual culture for teenagers. The three organizations are under the auspices of either the Conservative movement (USY); the Reform movement (NFTY), or the pluralistic BBYO.

The description of what goes on among teens at their events should make any parent shudder at the prospect of sending their teenage children there. It doesn’t seem to matter how well informed those kids are… or how forewarned and prepared. That culture goes on - apparently unhindered.

For starters, I have long felt that coed high religious schools are a bad idea. They all too often facilitate the kind of behavior described in this article.  At the same time I felt that that complete segregation of the sexes at that age was counterproductive. There is definitely a plus to young people interacting socially in a controlled atmosphere. For example, families that know each other well and have teenage children of the opposite sex should not be impeded from enjoying a Shabbos meal together. I know more than a few Shidduchim that happened as a result of this type of interaction.

Sure, bad things can sometimes happen. But that is true in any situation. When the good outweighs the bad interactions like this should not be discouraged. Especially since dating in the Charedi world - and increasingly even in the Centrist world - has functioned almost exclusively through Shadchanim. Which for reasons beyond the scope of this post has fostered a toxic environment of its own in all too many cases.

What about group teenage settings like those mentioned in the article? That is not an easy question to answer. Looking at this article one would think it is a bad idea no matter what we try to do to prevent the kind of things described there.  But let us step back for a moment and examine the issue.

I think that toxic culture starts with a general culture that glorifies casual, non marital sex in a variety of ways. Some overtly – as in the entertainment industry.  And some not so overtly as in advertising. A product will always sell better if a beautiful woman is hawking it. Whether its cars or beer.  It won’t take long to notice that if one just samples the typical television or print ad.

This is the culture in which these kids are raised. Day after day, week after week. Add raging teenage hormones into the mix and this phenomenon should not come as too much of a surprise. No matter how hard decent parents try to instill decent moral standards into their children. In some cases it works. But in far to may cases, the hormones overcome the best efforts to control them.

It is interesting to note that the Orthodox version of a Jewish youth movement, NCSY*, was not listed as one of these toxic cultures. .A cynic might say that the reason for that is because they didn’t bother studying it for some reason. And that they might have found the same problem there if they had. But I have a different theory.

The difference between Orthodoxy and heterodoxy is that Orthodoxy does not rely on parents alone to counter the cultural glorification of sex. Orthodox values are taught in the home, in the school, and in the synagogue. The observance of Halacha is paramount in Orthodoxy. That requires us to be vigilant about teaching our values at every level.

While teenage hormones rage in Orthodox teens - just as they are in every other teen, Orthodox teens are more likely to have the discipline to hold back their impulses. Orthodoxly is about strictly following Halacha. Parents and educators try mightily to counter the general cultural attitude about casual sex - constantly reminding their charges of the Torah’s attitude about when sexual activity is appropriate (marriage) and when it isn’t (unmarried). While this approach is not foolproof it works a lot better than abandoning Halacha  (Reform) or ignoring non observance of it (Conservative).

The stated purpose of all these organizations is to instill a love of Yiddishkeit (Judaism) into Jewish youth. True - these movements define it differently.  But that is nonetheless their stated goal. The Orthodox version of that (NCSY) concentrates on reaching out to teenagers whose Jewish education is minimal at best.

The question is, when so many NCSYers come from the same non observant homes as members of the heterodox youth movements, why shouldn’t we expect the same results?

Allow me to speculate. First – all the young volunteers (advisers) are Orthodox and knowledgeable about Halacha and Jewish values. They can therefore can keep a closer eye on what goes on at their get- togethers and know what to look for. NCSY runs a  tight  ship. If any inappropriate activity is detected it is nipped in the bud very quickly. And if it is repeated, violators are sked to leave. Blatant repeated violation of Halacha is not tolerated. Advisors are trained and know what to expect and look for in teenagers raised in western culture. Heterodox movements on the other hand either don’t care about Halacha or ignore violations of it.

The type of behavior described in this article rarely happens in an Orthodox environment that goes to the lengths NCSY does. When it does, it is dealt with  quickly and efficiently. (Especially 20 years after policies were developed and enacted to prevent sexual abuse - and deal with it swiftly if it ever does happen.)

The outreach currently being done by NCSY has resulted in an explosion of successes. A lot of formerly non observant teens have given Orthodoxy a serious look.  Some even transfer to an Orthodox high school for the remainder of their high school years after experiencing NCSY.  An  example of the kind of success they are having this year can be seen by the following. Over 1500 teenage NCSYers went to Israel this year to participate in a program - part of which was experiencing Tisha B’Av at the Kotel. Some of them declared that it was a transformative experience! How many of us can say that about our own Tisha B’Av experience?

As indicated, this does not mean that inappropriate behavior of the type never happens at NCSY.  I’m sure it does. But it is rare. Certainly compared to the frequency which seems to be the case in the above-mentioned heterodox youth movements.

If I were a non observant parent with values that countered the promiscuous nature of much of western culture I would be extremely hesitant to send my teenage children to a heterodox youth group after reading an article like this. On the other hand, knowing what I do about NCSY and their track record , I would be enthusiastic about sending them to NCSY. Which, I think accounts for the massive successes they are now experiencing.

* (Full disclosure - NCSY’s International Director is my son in law)