Removing the Kashrus Monopoly from the Chief Rabbinate 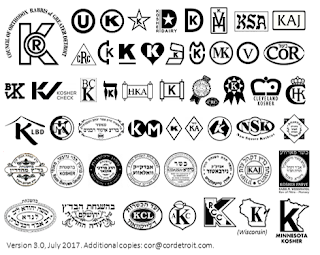 I admit to being somewhat conflicted. I have long ago come to the conclusion that the State of Israel requires a strong rabbinic body to oversee religious issues. If Israel is going to remain a Jewish state it is imperative that it be defined by people that understand what Judaism actually means. Which should mean a body that consists of the finest Halachic and ethical minds in the country and whose integrity is unquestionable. Currently the Chief Rabbinate (Rabbanut) acts in that capacity. Even with all of its considerable flaws - falling well short of those high standards, it is all Israel has in governing religious matters.

That being said, the Chief Rabbinate has become very controversial of late. Ethical challenges have plagued it as demonstrated most loudly by the former Chief Rabbi having been found guilty of massive corruption and serving time in prison for that. And so too  have religious matters been controversial in a variety of areas.  Most notably in matters of Kosher supervision.

Ideally, it would be best to have one governing body where the highest standards of Kashrus can be assured in every certification (Hechsher) they grant – without political or any other consideration.

Unfortunately that is not currently the case. It is rather well known that Rabbanut certification is not at all trustworthy among – not only the religious right – but by almost anyone that cares about keeping kosher. The level of supervision in some cases is practically non existent. The Rabbanut themselves unofficially acknowledge that since they offer a stricter version of certification called Rabbanut Mehadrin. That is trusted by most religious people. Most Charedim go beyond that Hechsher and trust only those establishments that are certified by Charedi Rabbis – most notably the Eida HaCharedis.

What many people do not realize that the Stae of Israel requires a Rabbanut Hechsher as well even for the Eida without which they will not allow it to be certified. That is how things stand now, if I understand correctly. In other words the Rabbanut is technically in control. No other agency is allowed to grant certification.

The problem is that there is still a lot of corruption involved with Rabbanut certification. Bribes have taken place where  there was no actual on site observation. I know of at least one Charedi establishment that a few years ago, received the Eida Hechsher without a single rabbi checking it out – relying solely on the reputation of the owner/operator!

The Rabbanut for their part denies that these allegations but there is evidence to the contrary. This gave rise to a rival certification agency operated by the more liberal Religious Zionist Tzohar organization. Which claims to have more integrity and better on site supervision than the Rabbanut. But they are not without their own controversy. Until now they were not recognized by the state. But that is about to change. Israel’s Religious affairs Minister seeks to remove control over Kashrus in Israel and grant  other Kashrus supervising agencies certification rights. Charedi leaders are near apoplectic over this:

Liberalizing kosher certification opens the door to Reform and Conservative certifying agencies which are not considered legitimate by any Orthodox standards, Even on the outside chance that their supervision might in some cases coincide with Orthodox standards.

I understand their concern. But to say that it will destroy kashrus is simply not true. What it will however do is require those of us that are concerned about Kashrus standards to be more discerning about which certifications are legitimate and which are not. Something most of already do anyway.

If  legalizing multiple certifications is the death of Kashrus in Israel, then it should have died in America a long time ago. There are hundreds of thousands of products we all use that have a legitimate Hechsher, despite the fact that there are now many non trustworthy agencies granting certification to food products and food establishments.

This will now be the case in Israel. The Eida will not stop issuing certifications. But they will obviously drop their no longer needed Rabbanut Hechsher. Restaurants and food products that are trusted now will be trusted later. Liberalizing Kosher certification may - or may not be a bad idea, but either way it will not be the end of the world. Those of us that really care will be doing the same thing we have always done and check out the legitimacy of the certifying agency before purchacing a food product or eating in a restaurant.

This does not mean the Rabbanut should be abolished. While it can use a lot of improvement  I am nevertheless still in favor of having a religious body determining what makes Israel a legitimate Jewish state and what does not. But  the way I see it, giving up full control over Kashrus does not destroy that mission.