There seems to be a lot of Jews in the closet. I say ‘seems’ because I don’t know this for sure. But a discussion on Frum/OTD Dialogue has opened my eyes to the struggles of Jews that no longer believe in Judaism and in some cases - no longer believe in God. These are Off the Derech Jews (Henceforth to be referred to as OTDs.)  Stories come out from time to time about OTDs  that lead double lives: Publicly observant but secretly rejecting it.

I recall being shocked by 2 specific people like that. One was a Modern Orthodox (MO) rabbi of  an MO Shul that had written about himself anonymously. He was leading his congregation as though he was a believe and no one was the wiser. He like his job and said he was good at it so he did not want o come out of his closet.

The other case was a bit more shocking. A Charedi Posek who – if I recall correctly lived in Bnei Brak - stopped believing in Judaism and no one was the wiser until he was somehow caught. When asked how he was able to do that, he said that he was well trained in Psak Halcha and simply Paskined the way he would have had he remained a believer. (Needless to say, he no longer Paskins for anyone.)

But these two individuals are an anomaly. It seems like there are a lot of OTDs that remain openly observant while not being believers. And many of them struggle with it.

Based on the discussion in Frum/OTD Dialogue - closet OTDs seems to occur more often in Charedi circles than they do in Modern Orthodox circles.  I think there is certain ‘logic’ to this.

Charedi is far more intolerant of going OTD. In their circles going OTD encompasses a much greater degree of behavior that it would in MO circles. The desire to ‘taste the outside world is easier in MO circles since the range of permissible behavior is much greater. For example, going to movies, watching TV, listening to secular music, and socializing with the opposite sex is perfectly fine in MO circles.

While in Charedi circles it is unacceptable and clearly a sign of going OTD. It I therefore a bit easier to be OTD and still be accepted – even though they do not observe Shabbos and Kashrus. Only the latter 2 things are unacceptable.

It’s just that the OTD lifestyle allows them mre freedom which might mean that those two ites are not violated as publicly. In the Charedi community, the strictures do not allow for any involvement in the above-mentioned activities, makes it much harder to stay in the closet – if they want to ‘taste’ a bit of the outside world.

To be sure, neither the MO nor the Charedi world accepts going OTD.  Abandoning Halachic observance is not OK in either world. It’s just that one community is more tolerant than the other.

The lack of tolerance is often so pronounced that OTDs are not even welcomed at all. They are often ostracized and abandoned. Making any possible chance of returing to observance highly unlikely. (This is changing as people that deal with youthful OTDs realize that ‘throwing them out is the worst thing they can do. Most Charedim that work in the field now say that parents and family must express unconditional love of a child that goes OTD and even allow them to live in their homes – as long as some basic rules are observed – like not trying to influence siblings to go OTD and not desecrating Shabbos while in the home.)

Be that as it may, Jews that go OTD for intellectual reasons are unlikely to return. And yet they still want to maintain a loving relationship with their parents and family. And of they are married with children – all the moreso. This is why they reamin in the closet. But doing so exacts a steep price. By ‘faking it’ they are not being true to themselves. And it also prevents them from enjoying the full range of options now available to them – which in the past was ‘forbidden fruit’.

In short, they don’t want to lose their families while at the same time be true to themselves.

That dilemma was presented by one such OTD who appears to come from a Charedi backgroubnd.  He has not fully come out of the closet (although he has to his wife)and he doesn’t know what to do. He therefore asked for input from other closet or formerly in the closet OTDs.

On the one hand he does not want to hurt is parents. His children are being raised as observant Jews and are educated accordingly. (A condition his wife made for them to stay together.) On the other hand he believes his children should know the truth about him. Will they accept him? Or will they reject him? If he does come out of the closet he will very likely lose his wife and custody of the children. One moment you are part of a community and in the next moment you are out. 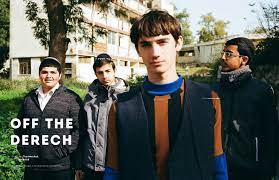 You may be free in one sense but a prisoner of an unfamiliar lifestyle in a community where no one knows you. You will be entering a new world and have to learn how to live in it without the benefit of being raised in it. Without the benefit of friends and family support.

These were some of my thoughts as I read his post. As an observant Jew that believes that God wants His people to be observant, I am sorry that any Jew has come to believe that Judaism is untrue. I firmly believe they are wrong. But I also know that it is difficult if not impossible in most cases o disabuse them of their new found ‘faith’ (for lack of a better term).

But even though I am observant and my views will therefore be perceived as biased along those lines, I will try to be as objective as I can. I really believe that lesser of those to ‘evils’ is to remain in the closet. Freedom to taste the forbidden fruit of the outside world is highly overrated. One can still be true to his own beliefs (or lack of them in this case) and be part of the observant world.

The benefits of ‘playing the game’ far outweigh the benefits of ‘coming out’. He will have his wife and children, his parents, and his community. The price of having that is worth more in my view than whatever he will gain by leaving it.

Posted by Harry Maryles at 9:11 AM