The Final Word on Walder (I Hope) 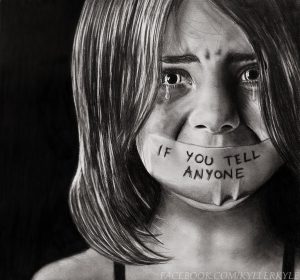 I do not ever recall a reaction of this magnitude to the exposure of a sexual predator. No matter how prominent they were when they were exposed.

This is not to say that those cases were swept under the rug. Or that they were given short shrift. There was plenty of ‘back and forth’. But it just seems like the amount of discussion and level of the passion about Chaim Walder is unprecedented.

Why is there so much discussion about this particular predator? Surely it has something to do with how popular his books, newspaper column, and radio show were.  But I think there is more to it than that.

Here are my thoughts about why this case is different. Although there are similarities between Walder and other prominent Orthodox Jews exposed as sex abusers who had otherwise made great contributions to society, this time it came too close to home. Some of this has to do with his prodigious production of very popular children’s books. Books that could be found on the shelves of observant families extending well beyond his own Charedi world. Walder was also a trusted children’s therapist. Which is where he found and groomed his victims. But even that doesn’t fully explain it. However, a Facebook post by Shalvie Friedman via Alex Fleksher explains it better than I ever could:

Tonight I sat with my 8 and 6 year old daughter. I had to explain why we were throwing out a whole pile of books. We spoke about how if a grown up touches or hurts a kid, it's never the kids fault. And how no matter how nice someone seems, anyone can do bad stuff and that whatever happens you always tell a grown up. And they nodded. This sadly wasn't new material we were covering. Then they went off to play with their dollies. And I sat and cried. Because I learnt those lessons when I was their age. From Kids Speak.

Kids Speak as anyone following this story knows is Walder’s acclaimed series of children’s books aimed at helping them deal with a variety of issues - including some very sensitive ones. Like sex abuse.

These books were so good – so well received that in 2003 Walder was given the Israeli prime minister’s ‘protector of the child' award. It’s not that his books were simply an entertaining good read. Something positive and wholesome for kids to do. As are many children’s books. It’s that they were apparently very effective in gently teaching children how to protect themselves from sexual predators. Like the author himself.

There were very few if any books like that in the Charedi world. But so good were they at conveying its message the Charedi world quickly accepted them and saw the author as an outsized hero for his unprecedented contribution to a subject that needed to be addressed in a world where that was woefully missing. So good that they were translated from the original Hebrew into English and crossed Hashkafic lines beyond the Charedi world.

It is a well known by now when abusers are people of high achievement and contributions it is difficult to believe their accusers. Surely that was the case with Walder. But in his case, the incredulity was sky high. How can someone so good at tackling the abuse issue be an abuser himself?! A serial abuser at that! Impossible!

There can be no greater contrast between what Walder wrote and what he did. That’s where the incredulity lies.

I suppose it’s easier for someone like me to so quickly condemn him. My views are not colored by his overwhelming accomplishments. I am also fully aware that sociopaths that are prominent people of high achievement are given opportunities to sexually abuse people because of their otherwise excellent reputations. But Walder was in a class all by himself. People across the entire spectrum of Orthodoxy trusted him with their children. Because of his books, that trust surpassed the trust given to other high profile predators.

Adding to that trust was that his public life was exemplary. He was by all accounts a good husband and father.  As did his denials, passing a lie detector test, and his claim that enemies were conspiring to destroy him. (A common tactic of abusers.)

Then came the suicide.

R’ Gershon Edelstein was quick to blame it on the public condemnations of him - which shamed him into killing himself.

And this is why Walder’s funeral was so widely attended. It was huge! Befitting that of a great Rosh Yeshiva.

And why so many Charedi publications are praising his accomplishments posthumously as though nothing has happened. Completely ignoring the overwhelming evidence of his 25 years of sexual abuse. I guess they feel that since he is no longer a danger, why say anything bad about him? What’s the point? Even if he was guilty, what good does it do to smear him now, other than hurting his family?

It apparently doesn’t occur to them that by praising Walder they are hurting his victims. One of whom has already committed suicide.

I am not here (nor am I qualified) to dispute R’ Edelstein’s Torah based comments. But as noted in an earlier post, I believe he might have reacted differently had he heard the testimony from the 22 victims that R’ Shmuel Eliyahu's Beis Din did.

I’m happy to see the comments of R’ Yitzchok Adlerstein (Whose Cross Currents article is a must read). He expresses my own sentiments quite clearly.  To put it the way he did:

Rav Gershon Edelstein’s, shlit”a, words are a powerful reproach about how we use speech. But they cannot be the last word, the only takeaway from this horrible story.

I am also happy to see R’ Ron Yitzchok Eisenman’s words. (Also a must read). Here is an excerpt:

As a person who has had the painful experiences of crying with victims of sexual abuse for two and half decades, I have decided I cannot remain silent.

I CANNOT BE SILENT when I think of a beloved friend who was brought up in the heart of a Chassidic community and is now an avowed atheist.

When I am contacted by women who were violated and are now emotionally scarred, I cannot be silent.

And when I see people I used to respect downplaying, minimizing, and –worst of all blaming the victims, I cannot be silent.

There is no code of silence when someone is screaming in pain.

When one is silent, they are engaging in complacency and complicity.

I could not have put it better myself.  It  is precisely because of Walder’s hero status prior to being exposed that he MUST be condemned. Out loud and forcefully. The Charedi rehabilitation of Walder must not be allowed to go unanswered. As R’ Eisenman said, not doing so is ‘engaging in complacency and complicity’.