A Crisis of Their Own Making 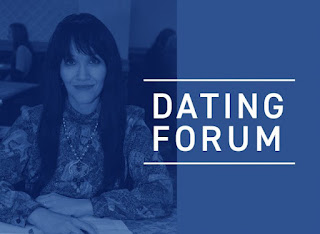 I was recently sent a link to a letter in a column called ‘Dating Forum’ This is an advice column by Baila Sebrow, a professional shadchan that responds to people with Shiduch questions. It appeared in The 5 Towns Jewish Times a few months ago.

That letter it is as relevant today as it was then. And as it has been for quite a few years. It reflects exactly what is wrong with the Shiduch system as it is practiced in the mainstream non Chasidic Yeshiva world. A system riddled with problems of a legitimate Torah Hashkafa taken to extremes. Which among other things includes a Shiduch crisis that has left many singles out in the cold. Despite the best efforts by their rabbinic leaders to change things for the better. I believe this letter is yet another example of the malaise of this exaggerated form of the Hashkafa that characterizes this world  today. The letter speaks for itself. Here is an excerpt that demonstrates the problem:

Last year, after my father’s complications from COVID-19 left him unable to return to work, I had to stop learning full-time in order to take over his business. As a result, my then-kallah broke our engagement, accusing me of “breaching the Covenant between Hashem and Klal Yisrael” for ceasing to learn full-time.

One might think that this is an anomaly. That this young lady’s attitude is atypical. But the following excerpts say otherwise - that her reaction was quite mainstream:

Since the end of this fiasco, I have had a much more difficult time getting dates. The girls being suggested to me by various shadchanim are far below my level of frumkeit. When I recently e-mailed my ex-kallah to ask if she had any friends who would be shayach for me, she forwarded shidduch résumés of her former classmates who went OTD, as well as the résumés of her friends who are now divorced. (I am a kohen.)

Despite my prioritizing learning every night from 7:00 p.m. until 11:00 p.m. every night with the balabatim in shul, their still-single daughters my age (upper twenties), in addition to shadchanim, are continuing to discredit my non-full-time learning as if I were a member of Footsteps or Minyan Shelanu (the lesser-known Footsteps equivalent in Lakewood).

If this doesn’t tell you how messed up this Hashkafa has become, nothing will.

As I said, there is nothing wrong with choosing to learn full time provided that this is truly your calling. As long as you do not rely mostly on public funds, I support doing this. But not for everyone - for a variety of reasons.

Some people do not have the aptitude for that - having instead an aptitude for other worthy endeavors; some do not have the patience of diligence to do it properly. But they are all nonetheless steered in the same direction of full time Torah study. All while being denied their real talents by virtue of the constant harangue by their teachers to learn Torah full time for as long as possible. With no thought about how they can support their families. Much less prepare them for it should they need to do that at some time in the future. Thereby negating the talents they might otherwise be better utilized in service to both God and man.

In terms of getting married, the Hashkafa of studying Torah full time has been exaggerated to such an extreme that if a young man has to leave it for the most legitimate reasons, he is hung out to dry by mainstream Shadchanim.

The columnist responded to the letter writer - that he was lucky to find this out now before that marriage ever took place. His former fiancé was basically a control freak that would have bolted at the first sign of adversity that veered away from her idyllic lifestyle.

She was also quite critical of the Yeshiva Shiduch system in which parents looking for marriage prospects for their children - place all of their marbles into  the full time Torah study basket - and the high prices parents are willing to pay to support the young Kollel couple in order to keep him there. She added that Midos – the character traits of these young men are practically ignored:

It is not uncommon to hear of affluent men who walk into a yeshiva and request from the menahel or mashgiach to get him the “best and top learning boy” in the yeshiva. In fact, the reason such stories are well-known is because they are told over by the people who successfully accomplish their goal and whose daughters get married under those circumstances.

The pressure for these young men to get married is extreme. They are oftentimes ranked not so much by their middos or compatibilities as a husband and future father, but by their learning capabilities.

And they better not have come to late to the party. If they did not start out in a right wing Yeshiva but came there after learning in a Yeshiva like YU - they are considered unworthy of dating by most of these young women. No matter how brilliant and diligent they are at Torah study now. There is also this:

The mothers of these “top learning boys” will choose the prettiest and richest girls from the most yichusdik family they can find. Yes, this is the system that is in place, and no one can change it.

Finally she advises that the young man seek a Shadchanim that specialize in ‘learner earners’ like this young man in order to improve his chances. And to modify his lifestyle a bit from the one he was taught to live by.

I don’t think I can add anything to what the message really is here. This is something I have said many times in the past. In the world of Yeshivos, people that work for a living are second class citizens that are unworthy of dating top tier young women.

By the same token, young women are indoctrinated with these ideals from the very first moment they step into a classroom. By they time they graduate high school this attitude becomes a Yehoreg V’Al Yavor. To the point of rejecting as marriage material any young man that does not study full time. Something that is reflected by the way mainstream Shadchanim treated this young man after he broke up with his fiancé.

That this system is broken should be more than obvious by - not only this letter - but by the very acknowledgement of the Shiduch crisis their rabbinic leaders admit to being in.  But it is a crisis of their own making. The Shadchan in this article is right, It ain’t gonna change anytime soon. Which means that in the world of Yeshivos there will probably be an increase in number of unmarried singles of both sexes.

(To be fair there is a marriage crisis in the world of Modern Orthodoxy for entirely different reasons. But that is beyond the scope of this post which deals with the letter in Dating Forum.)