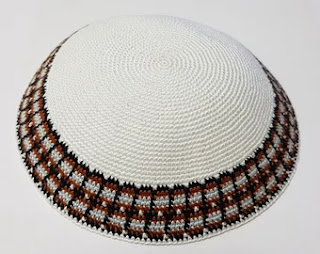 One of the things I have often been criticized about by friends to my religious left is my characterization of  what I believes is the way the majority of Modern Orthodox (MO) Jews live. The term I have used for them is MO-Lite.

Before I get to that I need to remind people how I define Modern Orthodoxy. Or better, how it should be defined. Which is unfortunately not the mistaken way the Charedi world defines it.

I call myself a Centrist. Which I see as the definitive form of Modern Orthodoxy. I say this despite my suspicion that the Centrist community is probably a lot smaller than the MO-Lite community.  But definitions are not a democracy determined by numbers. The definition of MO is based on its Hashkafa. No matter how few people adhere to that Hashkafa.

For Centrists the word ‘Orthodox’ is the key component of MO.   Far more important than the word ‘modern’.  The idea being that observance of Halacha can never be compromised. Regardless of what modernity has to offer.  We not only observe Halacha as meticulously as the Charedi world, we also agree with observing long established traditions. (Often referred to as our Mesorah.)

That being said, modernity plays a much bigger role in our lives than it does for Charedim. This is where we part company. As long as there is no contradiction to Halacha or tradition, we view modern culture favorably.  And perhaps more importantly we consider Limudei Chol (Madda) as as a highly valuable and important area of study that should be vigorously pursued while understanding that it is nevertheless secondary to Limudei Kodesh. Charedim have a negative view of modern culture and at best view Limudei Chol in far less favorable terms - almost as a B’Dieved. Centrists also have a positive view of the State of Israel. Charedim do not.

That’s a brief description of the Centrist form of Modern Orthodoxy.

There is also Left Wing Modern Orthodoxy (LWMO - which used to be called Open Orthodox). They are NOT ‘lite’. They are fully committed to Halacha. The problem is with their view of tradition. Some of which is too easily discarded in favor of the the cultural Zeitgeist. Without getting into detail - at its worst this can lead to interpretation of Halacha that stands traditional, long accepted interpretations of it on its head. But they too are a small percentage of the whole of MO. Probably even smaller than Centrists.

Which brings me back to MO-Lite. The reason I use a term so objectionable to many is that their actual observance of the many of the Mitzvos can at best be called ‘lite’ observance. I also believe that a lot of their form of observance is based on the social norms of their MO-Lite peers.

I have in the past given some examples of this. But a recent article by Avi Ciment in the Jewish Press does an excellent job of describing them. It includes many things that in past discussion I had inadvertently missed, My only quibble with Avi is his monolithic characterization of MO. He does not make any of the distinctions I do. Which I believe are critical. But I otherwise agree with him as it applies to the majority of MO which I see as being MO-Lite. Here in part is what he says:

…while there may be more Modern Orthodox day schools and synagogues popping up around the country, it is what goes on behind these walls that tells the real story. Namely, that a large number of our children are not really frum – ignoring mitzvot such as Shabbos, kashrut and tefillin. And if your kids go to secular college and they aren’t the rare, disciplined select few who can withstand the challenges of college life, then they too may fall short. A larger, growing number of young Modern Orthodox families no longer come to shul regularly. Some rabbis blamed it on the Covid epidemic, but many others are more frank and tell it like it is: That for many people, except for the social dynamic, many do not miss going to shul…

In my community, it’s now common to see dozens of young kippah-wearing parents in the park, yet few attend shul, let alone become a member of the shul. Many in my community haven’t returned to shul because they’d rather have Shabbos kiddush at people’s houses or stay home. They simply used Covid as an excuse to check out…

In fact, many kids (Avi) polled consider themselves Orthodox, regardless of the fact that they texted on Shabbos, didn’t put on tefillin regularly, weren’t strict about davening three times a day (exceptions noted)…

A recent Pew poll suggested that as many as one in three children from Modern Orthodox families will more than likely be mechalel Shabbos. While the black hat world is not immune to problems, the numbers do not even come close to what is happening in the Modern world in terms of religious observance.

There is so much more in this article which should be read in its entirety.

This is quite the indictment of the MO-Lite community. If Avi is right, things are much worse than I ever suspected. Why this is the case is beyond the scope of the post.  However, it is discussed more fully in Avi’s follow up article.

Does this mean Modern Orthodoxy is doomed? Avi seems to imply as much. But I do not believe that is the case. What may be doomed is MO-Lite. Which if true is a tragic outcome for Jews that for the most part were observant at some level although placing little emphasis on it for their children. It’s bad enough to be losing the vast majority of American secular Jewry to assimilation and intermarriage. But to lose one out of every 3 children of MO parents is even harder to swallow. And yet not all that surprising considering that MO-Lite imparts so little value to their children on the ‘O’ in that description.

I believe that Centrism will eventually become the dominant form of MO. And although we may comprise a minority of the whole of observant Jewry, we will nevertheless survive with our values intact. Even as we continue to integrate into the much larger moderate Charedi world  whose Hashkafos are different (as described above). But whose lifestyles are practically the same.