Is Daas Torah for Real? 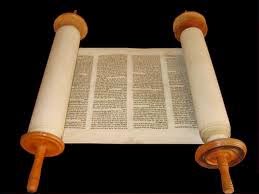 There is a lot of confusion about the definition of Daas Torah. This is a relatively new term used mostly by the Charedi world. It is based on the concept of Emunas Chachamim. Faith in our sages. Rabbi Avi Shafran of Agudath Israel wrote an article about it a few years ago and defined it this way:

What Da’at Torah means, simply put, is that those most imbued with Torah-knowledge and who have internalized a large degree of the perfection of values and refinement of character that the Torah idealizes are thereby rendered particularly, indeed extraordinarily, qualified to offer an authentic Jewish perspective on matters of import to Jews – just as expert doctors are those most qualified (though still fallible, to be sure) to offer medical advice.

It’s hard to argue with that. But is Daas Torah as expressed by such institutions as the Agudah Moetzes the only real experession of this?

Rabbi Julius Berman has written a thoughtful  article in the current edition of Jewish Action discussing what he believes should be the guiding principles for determining what is and isn’t Daas Torah in our day.

First let us define the term. Daas Torah simply means the wisdom of the Torah. The Torah having been authored by God makes it infallible. But as Ross Perot once said about reforming Social Security, ‘The devil is in the details’.  That’s why there is a massive Talmud that discusses it. And an even more massive body of work written by Rishonim, Achronim, and Poskim – each trying to determine what exactly God wants from His people, the Jewish people. That they were - and are - all human makes them fallible. Which is why we have differences of opinion on what the Torah actually meant in many cases.

When it comes to Halacha, one needs to ‘ask the rabbi’. He is the one most qualified to answer such questions.  That there are differing opinions among qualified rabbis is OK. Each qualified rabbi - or more precisely Posek - is entitled to interpret Halacha as he understands it. So when we ask a Shaila, we can rely on his knowledge and follow his Psak. Whether it is stringent or lenient.

It is important however that we make sure that any Posek we ask, is as knowledgeable about all the details surrounding the question by either being an expert on them himself, or relying on those who are in order to get a clear understanding of what’s involved. There are unfortunately some Poskim who make decisions based on insufficient information or a misunderstanding of all the facts involved. But once it is determined that a Posek truly understands what is at hand, his Psak can be relied upon.

But there are other matters that are not strictly Halacha. They are based on Hashkafa, which can sometimes produce radically different opinions. Such as whether serving in the Israeli military is a Mitzvah or an Aveira. Are we free to make our own determinations about what approach to take? Must we listen to rabbinic opinions on the matter – same as Psak Halacha?

And what about public policy decisions? Is that that strictly under the  purview of the great rabbis? Is there a difference between Daas Torah and personal opinion with respect to what a rabbinic great says?

Rabbi Berman says yes, there is. Daas Torah does matter. But he believes that there is much confusion today about what it actually is. The reason for that is because rabbinic decisions are often made without referencing whether  it is Daas Torah or strictly a personal opinion.  I think he’s right.


‘Confusion about such statements is rampant. The public needs to be able to differentiate between pesak, da’at Torah and opinion.’

He makes a suggestion that Daas Torah not only be labeled as such but should be explained. Meaning that any rabbinic decision made should include sources and an explanation. Otherwise it should not be considered anything more than an opinion and not binding in any way. I agree.

Additionally I do not agree with a policy like that of the Agudah Moetzes that does not allow dissent within its ranks to be expressed publicly. They will only express a unified view publicly allowing dissent to be expressed only during an internal debate on the issue. Dissenters must sign off on the majority view. But dissent by a rabbinic great, even if it the minority view is still Daas Torah. And I think the public has a right to know what that view is. R’ Chaim Soloveichik would not join the Agudah Moetzes when it was founded precisely that reason.

Year after year one will hear at least one speaker at an Agudah convention or banquet talks about listening to the Gedolim.  Because only they express Daas Torah. But is that the case? Is it theirs the only expression of Daas Torah?  Or are there other expressions outside the Agudah Moetzes that are Daas Torah as well?

What about dissent within their ranks? Why not adopt Rabbi Berman’s suggestions as well? Most of all there ought to be clarity about what is Daas Torah... and what is simply an opinion. And certainly there should be clarity that Daas Torah does not belong to only one Hashkafa.
Posted by Harry Maryles at 1:54 PM