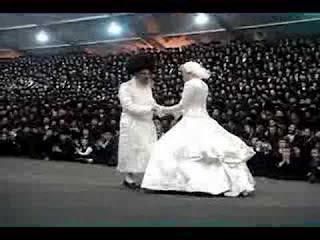 So I bit the bullet. Last Sunday morning I ventured forth into the ‘pandemic wilderness’ to attend a Minyan in a Shul. Now that the CRC, OU, and RCA have begun allow Shuls to open up - I decided to rely upon the good judgment of health professionals, city and state government officials, and the vast majority of Orthodox rabbis who have said it is relatively safe to do so in Chicago. As long as the restrictions of wearing masks, social distancing, and good hygiene (washing hands well and often) and disinfection between each Minyan are strictly adhered to. So I ventured forth.

I must admit it felt a little strange doing this. First because I have gotten so used to Davening at home, that going to Shul even under the most normal of conditions would have felt a bit weird. But the conditions were anything but normal. Doing so with all these restrictions  made it feel like I was in really bad B movie. Everyone around me in Shul wore a mask. No one sat at my table. And the tables were spread pretty far apart. I never experienced anything like it. And I’m sure none of the people in the Shul that first morning did either.

t wasn’t an easy choice. Many of my friends are still staying at home. At my age of 73, I thought about doing that, too. But that would mean staying in my home until a vaccine is available. Who knows how long that will be. On the other hand people are still getting sick, some very sick, some still dying. Even though the rates of increase illness and death are decreasing, they are still around and still highly contagious. So many people have died horrible deaths – I still worry what if…? I don’t want to die. Nor do I want to get sick. Even a little bit. with that dillema in mind I decided to check with my physician. He gave me an unequivocal go-ahead.

What I cannot understand is why so many people don’t have the same fears I do? Instead of thinking about the health issues involved - a lot of people see this as government interference in their lives.  Almost as though they don’t really believe there is a pandemic going on. Or they think it will not happen to them.

I know people are anxious to get out of the ‘gilded prison’ of their home. I know that a lot of people need to get back to work so that they can support their families. But why don’t they understand that by doing so they risk death and disease - as well as the possibility of bringing all that into their homes?

The people involved in the ‘Black Lives Matter’ protests seem to be ignoring it, too. Although many of them are wearing masks. Some are not. And social distancing does not exist. All the shouting and screaming doesn’t help either. That propels the virus much further than it might otherwise go.

I understand the need to protest the kind of racism that leads to so many ‘George Floyds’. As I have said many times,  I strongly support it. But at what price? Will this cause a spike in the incidence of the disease? And more deaths? Is the protest worth the cost? I do not ask this question rhetorically. I just ask it. I don’t  think that the people protesting are taking the pandemic seriously enough.

And then there are all those revelers at beaches and other public locations that seem to be ignoring the pandemic completely. Are they not aware of all the people that were and still are on ventilators? Are they not aware how contagious this disease is? And how easy it is to catch from people that are asymptomatic? They seem to be oblivious to it.

What upsets me the most is the attitude of some of our own people. There are two incidents that reflect that. First there is this story reported in the New York Post:

A trio of lawmakers on Tuesday had the chains cut off of two closed Brooklyn playgrounds... neighborhood elected officials Assemblyman Simcha Eichenstein, state Sen. Simcha Felder and Councilman Kalman Yeger the next morning organized to have chains power-sawed off the gates at Kolbert Playground on Avenue L and East 18th Street and Dome Playground at 38th Street

They argue that if parks are open, so too should playgrounds. By not opening - they contend the dangers are even worse since by keeping playgrounds closed, children are playing in the streets.

Granted there is danger where children play on the streets. But that is not the same as taking chances on getting infected by a highly contagious and deadly disease from asymptomatic carriers that can be spread quickly without tthe new carriers even realizing it. Ad then spreading form there to other communities. The attitude seems to be that the government is the villain. Not the virus.

Do they think a small playground where many children running around in close proximity to each other is just as safe as an open park where people can spread out?

It’s pretty easy these days to blame Mayor de Blasio for antisemitic motives in keeping playgrounds closed. But even if that were true, why don’t they fear the risk a crowded playground would have on spreading the disease among themselves and their families? Do they think they are immune? Do they think this is a joke?

I know everyone is tired of being cooped up. I know children need to play. I know sheltering in place is hard. I know people are fed up. I compeletly understand the frustration. But I also know what death and disease looks like. Why don’t they?

What upsets me the most is what happened in Kiryas Joel last week. That makes all of the rest of my complaints seem trivial by comparison. The Satmar Rebbe decided to have have the traditional wedding reserved for children of  Chasidic Rebbes. Which meant thousands of his Chasidim cramped together, singing and swaying while the Rebbe had a Mitzvah Tantz with his daughter. No masks. No social distancing - which was impossible with so many people in attendance.

If anyone thinks that Satmar is in any way serious about the pandemic, the video of the event (below) should put that to rest. Comparing thousands of people attending a wedding for the daughter of their Rebbe - to the thousands of people protesting race based murder by the police is an insult to the dignity of human life. But this is their rationale. ‘If they can do that, we can do this!’ And it’s not like they don’t know the dangers. Their community was one of the hardest hit by the pandemic, back in March. Do they think that it’s all over and that the government restrictions still in place are antisemitic in nature?!

This is typical of their culture. And not much different than those funerals attended so many Chasidim - or the classes some Chasidic teachers held clandestinely. The scenes in the video below were broadcast on the TV news. It was shocking to watch in light of so many people dying after being next to someone contagious and unknowingly getting infected..

While it is true that media is biased and can’t be trusted - pictures (videos in this case) don’t lie.  Flouting a law based on public health concerns for the purpose of having a grand wedding attended by thousands of people without a hint of any protective measures is both dangerous and a Chilul HaShem. Especially when using protests against the kind of racism that has proven deadly for black people as an excuse to do it. The chances of someone getting sick, spreading it even further, and possibly dying are real. God forbid I’m proven right.