Conversion and the Unity of the Jewish People 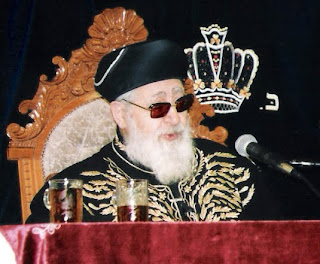 One of the biggest issues facing Judaism today is the conversion issue. This is not a new problem. It is a problem as old as Judaism itself.

I have always said and continue to believe that Gerim – converts to Judaism (along with Baalei Teshuva) are shining examples to us of what it means to be a Jew. While there are many reasons one may seek conversion to Judaism, the sincere among them do so because they have found Emes. We who are born into religious homes and indoctrinated to believe in Judaism and perform the Mitzvos often do not have that advantage. There is no better way of serving God than by finding Him yourself. I think that defines L’Shma.

The problem is when some converts do not do it for the right reasons. Sometimes those reasons are not good enough to qualify for conversions. For example among many illegitimate reasons is when two people fall in love and one of them isn’t Jewish. Intermarriage has (until recently in the Reform Movement) been anathema to even the most liberal streams of Judaism. So even secular non observant parents seek a fast track conversion for their child’s fiancé. The non Jewish party will want to please their Jewish fiancé and his or her parents and ‘convert’ in name only - never really intending to observe any Mitzvos. That of course is unacceptable. And yet for many years even some Orthodox rabbis converted people this way. Rav Shach once famously said about such converts that you can sell them your Chometz on Pesach.

The core issue here is Mitzva observance. A convert must pledge to keep all the Mitzvos. Although there is some debate as to whether this was indeed always a requirement with Rishonim quoted and interpreted as not requiring it, in our day this is no longer in dispute. Orthodox conversions require a commitment to observe all the Mitzvos (along with an immersion in a Mikva - and for men circumcision).

The problem came to a head when a huge influx of Russians - many of them of questionable Jewish status immigrated from Russia to Israel. Most of them were Jewish by birth - both parents being Jewish. But a great number of them were products of intermarriage. They were Jews only if the mother was Jewish. Statistically that means about half of them were not Jewish at all. This included even mothers who converted in Russia by non Orthodox rabbis who believed they were Jewish. All of these immigrants believed they were full fledged Jews having been raised that way culturally albeit irreligiously. Many serve in the army some fighting and dying for their country. There are enough immigrants in this category to make them a demographic time bomb for Israel with the potential of making the majority citizens of Israel not Jewish.

The government of Israel wants to keep Israel a Jewish country. They have therefore embarked on a policy of converting them all using every leniency possible. That has caused the issue to explode into the consciousness of all segments of - not only Israel but - the entire Jewish world. The conversion issue remains contentious and unresolved. The latest and perhaps most serious manifestation is IDF (Israeli Defense Forces) conversions. And the sticking point is still Mitzvah observance.

The requirements for conversion are circumcision (for men); immersion in a Mikva; and a sincere promise to observe all the Mitzvos. The first two components and are pretty straight forward and without controversy. Mitzvah observance on the other hand is the issue that is causing what may be the biggest spilt in Orthodox Judaism to date.

The Gemara answers that question for us. We examine the applicant to see how sincere they are, tell them of the huge body of Mitzvos to be observed, require them to agree to fulfill all of them as they continue to learn them post conversion. We then tell them some of the basics Mitzvos and complete the conversion process immediately.

The Halacha clearly states that if a convert is sincere in his commitment to fulfill all of the Mitzvos at the time of his conversion and then proceeds to violate all of them –her she is a Mumar Yisroel - full fledged Jew who is treated as any Jew who violates Halacha.

This might seem like a simple answer for these new immigrants who convert while making this commitment and then proceed to violate the Mitzvos right away. But it is not that simple. Rav Moshe Feinstein famously Paskin’d that if it is obvious from the start that there was never really any intent to observe the Mitzvos, than any such statement by a potential convert is meaningless. He calls it an Anan Sahdi. This is a principle which essentially means that ‘we are all public witness’ to the lie of Mitzvah fulfillment. If one for example eats Treif just before their conversion and then immediately eats Treif afterwards, their s no greater sign that their commitment was never sincere. Their conversion is therefore null and void. Never happened!

When the IDF converts someone, they require a statement of Mitzvah commitment but in most cases Halacha is not followed afterwards.

The dispute is not between lightweights. It is between some very big people. Rav Elyashiv and other Ashkenazi Rabbanim have signed a document rejecting all the IDF conversions claiming there was never any intent to observe Mitzvos. Rav Ovadia Yosef and other Sephardi Rabbanim say that IDF conversions are valid. Apparently Rav Yosef holds that their commitment to observe the Mitzvos at the time of conversion was sincere enough to make them all full-fledged Jews. That they sin afterward makes them sinning Jews. Not gentiles

When Rav Yosef was asked about it during a Shiva call to Israeli President Shimon Peres he said ‘that the guiding principle in his ruling was the unity of the Jewish people, within the framework of Halacha’.

The Jerusalem Post reports that Rav Elyashiv issued some very strong words against his great colleague and counterpart in the Sephardi world expressing his “great protest” and pain over the “breach of the boundaries of the vineyard of the Jewish people to ‘kosher’ conversions that are not according to Halacha, and [that] bring gentiles into the vineyard of the Jewish people.”

“And we turn to whoever can do anything to prevent this terrible desecration... and God may give the hearts of those erring wisdom,” the letter ends in what appears to be a wish aimed at Yosef.

Rav Yosef is not some low level rabbi who doesn’t care what Rav Elyashiv says. He is a Gadol - every bit the Gadol Rav Elyashiv is. Who is greater? It doesn’t really matter. Both are giants and have the standing to make rulings on these issues. And yet Rav Yosef has decided to take the same position that many non Charedi left wing critics have on the issue of conversions – for much the same reasons – national unity.

Up to this point – it was an argument between left and right. But now it is the right versus the right. Sepahrdim versus Ashkenazim. What Charedi Jews have in the past thought was a settled issue for them, is far now from settled.

Are these new non observant converts legitimate? Are Sephardim going to accept them, while Askanazim reject them? Will there be a breach between these two worlds so great that we will not be permitted to intermarry with each other? Stay tuned. I think the fight has just begun.
Posted by Harry Maryles at 11:28 AM