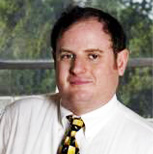 A few years ago, Rabbi Michael Broyde (pictured left) wrote an analysis of the Halacha requiring married women to cover their hair. Although he in no way said that a married woman may uncover her hair he suggested that it is possible to say that there were Halachic sources that may have permitted it in certain social circumstances.

I am not going to go into the details about his arguments. His article on the subject may be read in its entirety in Tradition Magazine.  His point then was not to permit married women to uncover their hair. He clearly does not. His point was to provide a Limud Zechus for them. These are married women who are religious in all other respects and dress in Halachicly modest ways. They should therefore not be looked down upon.

One can debate the merits of his arguments. That was indeed done respectfully by Rabbi Eli Baruch Shulman in a rebuttal article in a subsequent edition of that magazine, to which Rabbi Broyde responded. The debate is unsettled.

What was troubling for me was not that there were legitimate attempts to refute his argument, but that in some cases there was accompanying condescension towards him - as was the case with an article in Dialogue Magazine (unavailable online). That too was rebutted on Gil Student's blog, Hirhurim.

In one case a highly respected Charedi Posek and Rosh Kollel compared Rabbi Broyde's words to those of Aharon “Choriner”, the “Posek” for the Reform Movement. (If I understand correctly Rabbi Chorin wrote a “Teshuva” permitting organ music in a Reform Temple on Shabbos.)

What all of this demonstrates is an attitude of disrespect for a Talmid Chacham – not because he did anything wrong. But because he dared to try and defend religious married women who do not cover their hair.

This attitude of intolerance is one that permeates much of the right wing. They do not only seek to raise the standard of observance among their own. They seek to delegitimize anyone else that doesn’t. This is manifested in many ways. There are for example day schools who will not accept children if their mothers do not cover their hair. Despite the fact that they are totally observant in every other way - if a child is brought up in a home is completely Shomer Shabbos; Shomer Kashrus; and observes Taharas HaMishpacha scrupulously… that’s not good enough! They do not want the taint of a Modern Orthodox woman in their parent body. And will not allow the child of such a woman into their school.

When my own children were in elementary school, our parent body consisted of many different types of religious Jews. Some of the women covered their hair and some didn’t. Some wore pants and some didn’t. Other schools were particular about these things and denied admission to children of such parents.

I clearly recall the reaction of the principal of my children’s school to that.  “If only all religious women would have the integrity and level of devotion to Yiddishkeit that the mothers  in his school did, Judaism would be in far better shape.” He said that he would measure their level of commitment against the parent body of any other school. For the record, many of those mothers have long since covered their hair. Some of their children are now right wing Roshei Yeshiva!

Which brings me to an article by Jonathan Rosenblum in Mishpacha Magazine about the very subject: Intolerance by the right for Modern Orthodox Jews.

Jonathan actually gets it. He is by any definition a Charedi Jew. But he clearly appreciates the value of Jews who do not live by Charedi standards. And he has a very clear label for those who don’t. It’s called Sinas Chinam - baseless hatred!  The wonderful story Jonathan tells about a true Aishes Chayil who unfortunately succumbed to cancer a few years ago - yet again illustrates why there should not only be tolerance but complete Achdus in the world of observant Jewry. His words follow.

Outside of Chicago, I doubt many Mishpacha readers ever heard of Miriam. But she probably had a greater influence on my younger brother Mordechai’s path to becoming a Torah observant Jew than anyone else, and through him on the entire Rosenblum family.

My brother first met Miriam when he was a 15-year-old high school sophomore from a Chicago suburb and she was a high school senior at a religious high school in Chicago. They were part of a Chicago Federation summer trip to Israel that included both Orthodox and non-Orthodox high school students.

At one of the organizational meetings for that trip, Miriam approached my mother and told her, “Don’t worry Mrs. Rosenblum, we’ll take good care of your son.” And she smiled. On the car ride home, my mother told my brother, “That Miriam, she’s special.” I’m not sure that either of them had ever met a religious Jew before, but both my mother and brother instantly sensed that Miriam was qualitatively different from all those they were used to meeting.

On the way to the Kosel that Tisha B’Av, Miriam explained to my brother the tragedy of Tisha B’Av and the significance of the loss of the Beis HaMikdash. At that point in his life, I doubt my brother had ever fasted other than on Yom Kippur. But that Tisha B’Av he fasted. If it meant that much to Miriam, he reasoned, it must be worth doing.

After they returned from Israel, Miriam introduced my brother to her wide circle of friends in West Rogers Park. Under the influence of his new friends, he was ready for a year on a religious kibbutz in Israel and was talking about becoming an Orthodox rabbi by the time he graduated high school.

In time, Miriam married a rabbi, Jerry Isenberg, the head of Hebrew Theological College (Skokie Yeshiva), and became a legendary baalas chesed, both in her job as a school social worker and in the countless ways she found to help others, without fanfare, despite battling cancer most of her adult life. But her special qualities were all there from an early age — the smile, the intensity of her davening, the goodness.

Miriam came from a Modern Orthodox background. On that first trip to Israel, she confided to my brother that many of her friends were having difficulty on the religious kibbutz on which they had been placed because the kibbutz members frowned on the slacks they were used to wearing in Chicago.

But Miriam and the Modern Orthodox teenagers to whom she introduced my brother were the catalyst for four nonobservant Jewish brothers to become observant Jews.

The chareidi branch of the Rosenblum family today numbers over 60 members. I’d like all those descendants who never met Miriam to know that they are likely here today as shomrei Torah u’mitzvos in large part because of a group of teenagers whom they might be inclined to dismiss as insufficiently frum if they saw them on the street today.

Perhaps that knowledge would help immunize them from the temptation to puff themselves at the expense of others whose religious standards appear less stringent, while missing all the maalos that those not exactly like them possess.

I only wish I were more optimistic about my immunization program — even with respect to myself.
Posted by Harry Maryles at 10:36 AM