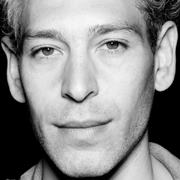 I am not a fan of ‘Matisyahu’. Not because of anything personal. I just don’t like reggae music. But I am a fan of the man himself - increasingly so. For those who have just returned from a lengthy trip to Mars, Matisyahu is a Grammy nominated international singing star who also happens to be an observant Jew.

Until very recently that he was religious was obvious by the way he looked. With his long beard and long Peyos; Tzitzis hanging out; and large black Kipa on his head, his look was unmistakably  Jewish – or better described  - Charedi.


If I recall correctly, his search for spirituality somehow led him to Chabad and indeed he became a Lubavitcher Chasid. After he was “discovered” and presented on various TV programs hosted by some famous celebrities his fame sky-rocketed.

Over the last 10 years since he has hit the national scene - he has maintained the look of a Chasid while selling millions of records (CDs) - singing his reggae songs the lyrics of  which were mostly spiritual and – if I understand correctly -  based on the Kabbalistic concepts of Chasidus.

Although I am not a Chasid and do not study Kabbalah, I nevertheless thought that he was a great role model for young people – showing that one can climb the heights of success even in the field of popular music and still be observant. So I admired him for that and have been kind of following his career – even though I am not a reggae fan.

But earlier this year he did something that made many of his religious Jewish fans think that he might just have gone OTD. He shaved off his beard. For those who are not familiar with Chabad, they consider it a religious requirement for men to grow their beards in full. They consider it Halachicly forbidden to shave off a beard, or even to trim it. So when he did this, I felt that he may have just decided to chuck it all.

But thank God I was wrong. He is still observant according to an article in Aish.com where he has given an exclusive interview.

What changed is not his observance, but his blind belief in the stringencies he had taken upon himself. He is apparently a critical thinker and has decided that those stringencies do not define his Judaism. The interview is a very worthwhile read and as Aish.com describes it “in many ways typifies the odyssey that so many go through on their path toward a Torah observant life”.

I don’t know what the future holds for Matisyahu. He is apparently still searching for the truths of Judaism and trying to understand them as he encounters them. But isn’t that what we should all be doing?

That said sometimes a search like this can lead a person astray without the proper foundation and guidance. My hope is that he continues to examine what is Emes and what is Sheker; what is the ‘wheat’ of Judaism and what is the ‘chaff’. And that he finds the right path that will help him better understand those truths. God bless him on his continuing journey.
Posted by Harry Maryles at 8:27 AM