The Truth – Inspiration or Not? 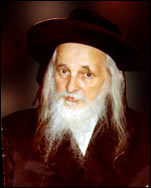 It seems to becoming a weekly ritual. Once again I find myself commenting on an editorial written in Ami Magazine.  (Maybe I should ask for a fee for free advertising.) This time it is an editorial written by Ami Publisher Rabbi Yitzchok Frankfurter.  In it he thanks Rabbi Hertz Frankel for a series of articles  about his relationship with the Satmar Rebbe.

In an amazing moment of candor, uncharactersitic of the right, he actually makes statements about biographies of great rabbinic figures that I and many other like minded commentators have made.  We call it the “ArtScrollization” of history. These biographies are so sanitized as to make their subjects  “perfectly ideal figures”,  “supernatural beings”  “the Divine in human form”  (to put the way Rabbi Frankfurter did).

He continues by pointing out the problem with omitting the human qualities of these great figures   –  saying the following:

(T)he knowledge of their faults and weaknesses does not detract from the stature of great men; on the contrary, it adds to their stature and makes their life stories even more instructive. Had they been portrayed as shining models of perfection, flawless and unblemished, we would have assumed that they had been endowed with a higher stature, not given to us to attain.

I could not have said it better myself. This is in fact precisely what Rav Nosson Kaminetsky said about his epic historical tome, The Making of a Gadol. A book which was banned by the right precisely because of such honesty!

Rabbi Frankfruter also makes a point of saying that this is how the Torah itself treats great biblical figures including the man we consider the greatest prophet of all time, Moshe Rabbenu. In fact just yesterday we read that portion of the Torah that described the incident of the Mei Mereiva (the waters of strife - Bamidbar 20:7-13). The Torah did not shy away from displaying Moshe Rabbenu’s flaws.  Only God is perfect. Man is imperfect. It is God we are supposed to emulate, not necessarily his flawed human messengers here on earth.

In an interview a while back, the view of the right was ably described by ArtScroll publisher, Rabbi Nosson Scherman. He defended ArtScroll’s sanitized biographies using exactly the opposite argument. He claimed that including unflattering portraits of their subjects’ lives – even if truthful – would be counter-productive to the goals biographies should have for religious Jews. The only purpose of these  biographies is to serve as inspiration to readers and  not as any sort of accurate historical record.

So I am a bit surprised by such candor on the part of Rabbi Frankfurter. Especially since the “ArtScroll” approach is the preferred Charedi approach. But I welcome it. It is the truth.

However - almost as if to refute this message - the very closing article by Rabbi Frankel - the man Rabbi Frankfurter thanks in the same issue - practically does deify the Satmar Rebbe.  Among some of his statements were the following:

“I don’t think there is a mortal who can really grasp the chochma and tzidkis (wisdom and righteousness) of the Rebbe. He was a malach Elokim bikirbenu (an angle of God in our midst).”  …(He was a malach in the sense of having) the highest level of Kedusha and tzidkis and tzedaka and chesed.” He can be compared to Ezra Hasofer, who blew the ruach hachiam (spirit oif life) into the atazmos yeveishos (dry bones)”.

In other words he writes about him very much in the ArtScroll tradition of hyperbole - the subtext of which is that Gedolim like the Satmar Rebbe were unflawed and too great to emulate.

So I am not sure what to make of Rabbi Frankurter’s editorial. He is saying the right things but the very article that generated this editorial completely ignores it.

So which is it, Rabbi Frankfurter? Was the Satmar Rebbe a great human being but flawed or an angel from heaven living among mortal men?

People who read this blog regularly know my view of the Satmar Rebbe. He was a great man but most definitely flawed. All of the positive things Rabbi Frankel said about him are true (excluding the hyperbole).  He is indeed responsible for a lot of the Chesed coming out of that community.

But his Chesed did not extend to ideological opponents like Rav Avrohom Yitzchok HaKohen Kook. He called him an Ish Tzar V’Oyev - the same phrase used in Megilas Esther to describe Haman HaRasha! That plus his vitriolic descriptions of the miraculous events of Israel’s wars of independence and survival as the work of the devil made me lose the respect I used to have of him.

Just to be clear, I will repeat what I have said many times. I have no issue with the Satmar Rebbe’s view that the existence of the State of Israel is against the will of God. Elu V’Elu. Although I strongly disagree with it, he is entitled to have this view which is based on his own interpretation of the Gemarah -  especially considering his brilliance and knowledge of Torah.

It is the vitriolic way in which he expressed those views and the disparaging comments he made about those of equal stature that he disagreed with that made me lose respect. I blame his attitude - not his Shittah – as the inspiration for the violence of those Chasidic delinquents who see him as their spiritual guide and venerate him along the lines of Rabbi Frankel.

The fallout of fawning hyperbolic descriptions about flawed human beings as angels adds to their aura of infallibility. And in the minds of the delinquents, it legitimizes their actions. I know it’s a cliché sourced  in the Christian bible about their own version of the truth - but I really believe that when it comes to biographies of great Jewish figures, the truth shall indeed set you free!
Posted by Harry Maryles at 11:15 AM