The Lines Have Been Redrawn 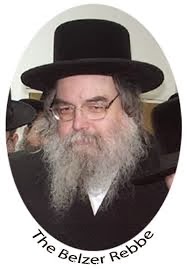 Speaking strictly as an Orthodox Jew – I have come to believe that we are increasingly becoming a divided nation religiously. But not in ways that I would have ever dreamed. So divided are we that it almost seems like we are on different planets.

It used to be a foregone conclusion that observant Jewry would always be united by the very fact of their observance. No matter how our different our Hashkafos were from each other, there was always the realization that what united us was far greater than what divided us.

Not that the relationship between Modern Orthodox Jews,  Chasidic Jews, and Lithuanian type Yeshiva Charedim  was always that smooth. It wasn’t. There have been some major disagreements between the factions in the past. But whenever it came down to the basics of Judaism, we all understood that there were observant Jews and non observant Jews.  And that Orthodoxy represented the vast majority of observant Jews.

In Israel where small differences are often magnified beyond all proportion there was still the observance factor that united us. There were secular Jews and religious Jews. I’m not making any judgments. I’m just stating the facts.

That’s how it used to be until now. The dividing line has changed. And in my view not for the better. It is no longer religious Jews on one side and secular Jews on the other. It is Charedi Jews of the Lithuanian Yeshiva mentality on one side – and everybody else on the other. And by everyone else I include secular Jews, Dati Leumi Jews, and even Chasidim and Sephardi Jews – in at least one very important area. Parnassa - making a living.

The Lithuanian Yeshiva mentality is completely opposed to doing anything about preparing their people for the workplace. It is all Torah all the time. 24/7. The very idea of trying to prepare for a Parnassa and not relying on various forms of charity is non existent. If a Charedi man leaves a Kollel and tries to find a job, he is considered a second class citizen for abandoning the Beis HaMedrash.  Finding a decent job is a near impossibility without  some sort of preparation. And yet there is absolutely no preparation of any kind given – or even tolerated during the educational career of a Charedi male of the Lithuanian variety.

To the extent that anyone tries to do anything about it, it is seen as anti Torah. As is well known to readers here, the government’s decision to fund Charedi schools at past levels only if they offer a core curriculum is seen as anti Torah… even anti Semitic by comparing them to Czarist Russia of the 19th century who tried to do the same thing to Yeshivos there!

Israeli Charedim in are the only segment in all of Jewry that have this attitude. No other segment is so anti work (in practical terms) as is this segment. Even Chasidim. It has been reported that the Belzer Rebbe said that his Chasdim should spend at least two nights a week while still in Kollel preparing for the workplace by learning a profession.  So that they can get a good job right away when they leave Kollel.

And it was recently reported that the Sephardi school system has agreed to implement a core secular curriculum into their schools for which they will receive full funding.

It is no Mitzvah to rely on charity. It seems that every segment of the observant knows this except the Lithuanian Yeshiva world.

American Lithuanian Charedi leadership knows this too. They have always had a secular studies program in their mainstream high schools. Even though they advocate full time Torah study for as long as possible, they realize that most Avreichim will eventually leave to find work. At least they will have a basic secular education to help them if they try to get training for jobs.

But even as American Charedim allow for a secular studies program, they support their Israeli counterparts in their struggle to oppose it – saying that Israel’s situation is different thanAmerica’s situation.

I agree.  It is different. Israel is far worse off than America in this regard and requires a greater change. But that’s not what they mean by different. They mean that the paradigm of no secular studies at all for men has always worked in Israel. It produces a different product. Oe that is far more learned in Torah than the American product. They should therefore be supported in their opposition to a core curriculum for their schools. There are some American Charedi Roshei Yeshiva that have adopted the Israeli paradigm for their own Yeshivas - as more and more small Yeshiva high schools pop up that do not offer any secular studies.

There you have it. All Lithuanian type Charedim are on one side of the religious divide and the rest of religious Jewry – including the Chasidim of Belz.

While Belz may be opposed to a formal core secular curriculum for their schools, they do support Parnassa training for their Avrechim while still in Kollel. (And even if they don’t all support the Belzer Rebbe’s idea all Chasidic Rebbes believe that their Chasidim should work to support their families and not stay in the Beis HaMedrash forever). To the Lithuanian Yeshiva mind - that is a virtual heresy!


There are of course other major issues that divide the Dati Leumi community on one side and both Lithuanian type Charedim and Chasidim on the other. Like the draft... and their views about the State of Israel. Differences that have led to some of the harshest language ever by each side against the other.

And that’s the way it is, sadly. We religious Jews are more divided than ever. How far we have fallen!
Posted by Harry Maryles at 12:14 PM