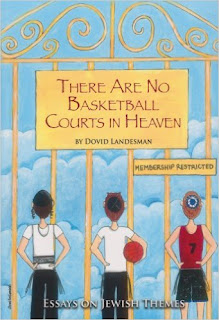 My son, who lives in Ramat Bet Shemesh, called me with the news on Sunday. Rabbi Dovid Landesman who also lived there, died suddenly and unexpectedly last Friday. Very sad news. Although I never personally met him, I was a fan. And I will miss him.

Rabbi Landesman identified as Charedi and was proud of it. But he was a critical of things within his community which he felt were wrong.  My being a Centrist, he and I differed on some issues. But he and I thought alike on a great many others. Like the obligation a Jew in Israel should feel to serve in its defense forces – regardless of his Hashkafa. Even if he was Charedi.

Rabbi Landesman served proudly joining the IDF upon his making Aliyah. His sons served, too. If all Charedim thought as he did, there would be little enmity between Charedim and Dati Leumi Jews. Or even secular Jews. In fact I’ll bet a lot of Charedim might secteretly feel as he does but are afraid to change the way they live for fear of being ostracized by their peers and fiends.

Rabbi Landesman was an occasional commenter here. His comments were always full of wisdom – whether one agreed with him or not. He also wrote some original guest posts here - as well as for Cross Currents. He was indeed a man for all seasons. Telling the truth as he saw it without fear. Regardless of popular opinion.  Emes is something this blog strives for. Sometimes it succeeds and sometimes it doesn’t. Rabbi Landesman strived for it too. It was obvious in everything he wrote. He was an Ish Emes – a man of truth.

His voice has been silenced. He is now in the Olam HaEmes. But his message will remain, having published at least 2 books (which he sent me) on Hashkafa aimed and young people: There Are No Basketball Courts in Heaven and Food for Thought: No Hechsher Required.


Rabbi Landesman was Charedi and one of my heroes. He stood up for Emes and minced no words. He will be sorely missed. Baruch Dayan HaEmes.