Looking at the Negatives and the Positives 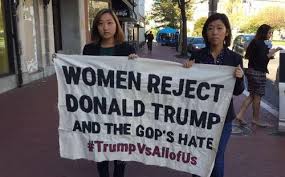 It’s been quite a ride so far. The upcoming inauguration for President has fostered the most divisive partisan debate in my memory. Considering that my memory includes the Viet Nam War, that is saying lot.

This is not to say that I don’t have issues with the results of the election.  As I’ve made clear numerous times, I do. I was just as upset as more than half of America was when it became clear that Donald Trump was going to be our next President.

I’ve since calmed down and realized that what we saw is not necessarily what we are going to get. Most of his outrageous rhetoric about how he was going to make America great again will not happen. (Surely not to the extent of his ridiculous exaggerations.)

But my fears are not entirely allayed. I am actually quite nervous about January 20th and am still in shock at how it is possible for a man who lacks the dignity required by an office as high as this to be elected to it.

It’s not like he was keeping it secret. His lack of dignity was apparent during the entire campaign. And yet the same America that elected Barak Obama elected Donald Trump. The difference is of course in the swing votes and the lack of turnout for Clinton by constituencies that came out for Obama. And Trump’s appeal to the American worker that lost his job.

One cannot lose sight of the fact that nearly half of America voted for this erratic man instead of a seasoned politician far more prepared, knowledgeable, and respectful of the office than Trump. It is overly simplistic to say that nearly half of the voting public is ignorant and stupid. It is simply not true and insulting to the people of this great nation.

My feelings about Trump as an embarrassment to this nation have not changed. Every time he opens his mouth, I cringe. Simply put -  this is not the way a President should act. And I don’t think anything will change in a few days after  the word ‘elect’ is removed from his current title.

That he is incompetent to be President should not be such a surprise since he never served in any government office. His interests and expertise lay in business and making lots of money. That is no way to prepare for leading the most powerful nation on earth.

That said, I do not think his Presidency will be as bad as all of this might indicate. Certainly his policies with respect to Israel are far more supportive of that nation and its current leader than the last one. Or even the one before that. That is borne out by his choices for people that will be involved with Israel. In my view, that is a good thing despite a lot of angst about it from the left - both here and in Israel. How this will pan out in policy remains to be seen. But I doubt - for example - there will be another abstention by the US in the UN on mostly one sided resolutions that condemn Israel on Trump’s watch.

What about all of his other policies? If there was ever any question about what a President’s policies would actually be before he took office, this is it. Just today he surprised many people by saying that the Affordable Care Act (Obamacare) he so vehemently opposed – calling it disastrous - will be replaced with a new health care act that will provide health care coverage to every single American. This sounds almost Clintonesque (Hillary Clinton promised to do exactly the same thing as First Lady early in her husband’s term - and failed big time).

So why am I not so worried? I actually addressed this question early in the campaign when I speculated that he might actually win. Ironically it is his lack of knowledge and expertise that encourages me. I am pretty sure that Trump knows how unprepared and lacking he is.  Which means he is going to rely heavily on the people he has chosen to advise him. Most of whom do have some expertise in the areas they are being asked to serve. That he has chosen people with the same political perspective he has - should not surprise anyone.

A liberal President will choose liberal advisers. A conservative President will choose conservative ones. Trump has chosen people that more or less align with his views. It should not be a surprise therefore that he has chosen people favorable to business and deregulation as his economic advisers. Trump will listen to their advice and govern accordingly.

It also seems pretty clear that his attitudes on social issues are more or less mainstream conservative. But despite that his choice for Attorney General has said that he will follow all settled law on any given issue. Which means that the guaranteed pro choice right to abortions settled by the Supreme Court decision on Roe-V-Wade is safe.  Despite his own convictions against it. As he will in any other issue that comes before him that has been settled by the Supreme Court.

Which brings me to all of the public boycotting of his inauguration. It is as though his Presidency was still unsettled. It is more than obvious to me that this is being driven by the left. The left refuses to let go of their hatred of this man. It isn’t about all of those issues I mentioned. It about the fear that their leftist agenda will be changed into a right wing agenda. That fear may be justified. But it is based on the same fear they have when any conservative President takes office.

The reaction to it is unprecedented. Civil Rights Icon, Congressmen John Lewis has said he will boycott the inauguration – calling Trump’s Presidency illegitimate. Hollywood (which is filled with leftists) has made sure that few if any entertainers will perform at the inaugural. Rabbis have been intimated about their participation in it. (Although I didn’t see anyone protesting Cardinal Timothy Dolan of New York for participating in it.)

In my view. The left is just taking advantage of the public angst over Trump as an opportunity to vent their rage at his Conservative policies more stridently than ever.

For me the most outrageous protest of is the one being held on Shabbos by Jewish feminists. For a group identifying themselves as Jews to protest an incoming President on Shabbos when there is no imminent danger to uproot any of the government’s policies favorable to them shows how shallow their fealty to Judaism is.

Let them protest. Free country. But there is nothing Jewish about it. No lives are at stake here. This isn’t the like the Holocaust era when a group of 100 Orthodox rabbis felt the need to protest on Shabbos. These are just people who fear losing their grip on the social fabric of this country.

I support Roe-V-Wade. I am pro choice. But I cannot be happier that the pendulum is swinging back to the center now. For me that is the best possible outcome of this election. If there was ever a time when lemonade could be made out of a lemon, this might be it.
Posted by Harry Maryles at 12:53 PM