No Way to Lead a Country 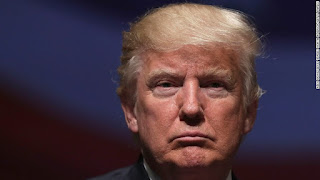 The people voted. And we have a President: Donald J. Trump. Those who voted for him knew exactly what they were getting. A man they saw the ultimate change agent. A man that publicly said what they were thinking. To say that kind of thinking is politically incorrect is an understatement. In fact much of his rhetoric has spiked bigotry, racism, and antisemitism to raise their ugly heads. Trump didn’t create it. But he surely embolded the bigots, racists and antisemites of the world to come out of thew woodwork and say and/or do their thing. I don’t think any fair minded person could deny that.

Just to take one example of this - even the most ardent Trump supporter has to know that referring to illegal Mexican immigrants as murderers, drug dealers, and rapists is going to spike anti immigrant talk. Now I’m sure that Trump didn’t mean that all illegal aliens were like that. He actually ‘explained’ that he did not mean all of them.

But his comments were nevertheless warmly accepted by his followers as the heretofore unspoken truth they were all thinking but were never going to say publicly. And now, finally someone was running for office who was willing to say what they were thinking. Obviously - and unfortunately - many Americans harbor this bias wrong though they may be. But these are the people that elected him. Because they felt that for the first time their concerns (which included a lot more that illegal immigration) were being addressed

I don’t believe that Trump is any of the things he is being accused of by so many of his political opponents and some media pundits. He is not a racist, bigot or antisemite. But many of those who voted against him have bought into that.

What about some of the more outrageous polices he promised to implement? … which is another reason many people voted for him? I don’t think they are going to happen.

The US embassy is not going to be moved to Jerusalem.  US policy opposing settlements in the West Bank seems to more or less staying in place. NATO is not going away. There will be no dismantling the nuclear deal with Iran. There will be no wholesale deportation of illegal immigrants. Just criminals.  And if Obamacare is replaced, it will likely be with slightly different version of the same Obamacare.

There is one thing however that has not changed and not for the better. His communications style. And some of the outrageous things he communicates. I had a glimmer of hope that last Tuesday’s speech to congress was the start of his being more Presidential . But that hope has been dashed once again by his return to tweeting. In what at first glance seems to be an outrageous claim - he accused his predecessor of wiretapping his phones during the campaign.

If that were true, then Obama would be no different than Nixon. I know a lot of Americans can’t stand Obama, but do they really believe that a lame duck President that had nothing personal to gain would participate in a Watergate style crime  just before he was about leave office? Not to mention the fact that the candidate he supported was predicted by all to win the election?

And yet… there is former Republican Attorney General, Michael Mukasey. (See video below) He actually believes that there may very well have been a wiretap of Trump during the campaign. Not by the former President, but by his Attorney General seeking to find out if there was something going on between the Trump campaign and the Russians.

I don’t find that all that far fetched either…considering all those accusations about Trump and his staff about that. Mukasey bases this on inadvertent comments last October made by House Democrat Adam Schiff’s about gathering counter intelligence. He says it is quite plausible the FISA court may have granted the Attorney General permission to wiretap Trump for those reasons.

(What about those accusations? Is it even reasonable to say Russia supported the man that all the polls were predicting was surely going to lose the election? Mukasey also argues that the Russians would have been foolish to do that. Would they not have been wiser to figure out a way to appease the presumptive winner?)

Whether Mukasey is right or wrong is debatable. What is true is that Trump is the most unqualified man to be President in American history. And with the exception of last Tuesday, remains an embarrassment.

You don’t tweet something that might be as big as Watergate! You have a major press conference with your Attorney General at your side that speaks of evidence and special prosecutors. He did not do that! Instead, he tweeted!

I am dismayed. I say this in spite of the fact that I support much of the President's agenda. Which includes having a much friendlier approach to Israel and its sitting Prime Minister; his favorable disposition to school choice; his promise to rebuild and repair America’s infrastructure; his promise to strengthen the military; his promise to more carefully scrutinize immigrants from terrorist supporting countries like Iran;  the fact that there are more observant Jews advising a President than any other time in American history; the fact that I take pride in the fact that his oldest daughter and her husband are observant Jews and perhaps his closest advisers; and the fact so many Americans continue to support him as shown by pro Trump demonstrations all across the country, yesterday.

Yes, all those things are important to me. But I wish we had a President that does not act in ways that constantly embarrasses us. Or that uses twitter as his primary means of communication. That is no way to lead a country. And no way to present yourself as the leader of the free world.