The Legacy of Sinai* 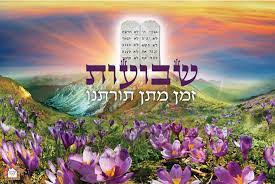 There seems to an interesting contradiction in the Torah about our acceptance of it at Sinai. On the one hand the Torah tells us that we, the Jewish people accepted the Torah without even knowing what was in it: Na’aseh V’Nishma – we will observe and we will listen. (Shemos 24:7). As if to say that we are first committed to do the will of God whatever it may be, and only then do we say we will listen to what it has to say.

However in an earlier section of the Torah it speaks about how we stood ‘at the foot of the mountain’ (Shemos 19:17). The Gemarah (Shabbos 88a) explains this to mean that God held a mountain over the all of the Jewish people as if it were a cask and gave us an ultimatum, ‘If you accept the Torah, good. If not, THERE will be your burial!  Which basically means that God forced the Jewish people to accept it!

Is it possible that the Jews were at one moment ambivalent about accepting something that would separate them from all others and then shortly after that - they were so accepting of the Torah that it didn’t matter to them what was in it?

Rav Aaron Soloveichik has a novel interpretation of this seeming contradiction. He explains that we were never forced. That would have denied us our free will. Then he notes the strange use of the word ‘THERE’ in the Gemarah’s explanation of that verse. Why not use the more appropriate ‘HERE’. What does us of the word ‘THERE’ mean to tell us?

Rav Ahron suggests that a Midrash on Shir HaShirim can help explain the discrepancy. God asked our forefathers for guarantees before giving them the Torah. He wanted to assure that the Torah would be the cornerstone of Jewish national existence.

Our ancestors first offered the patriarchs and then the prophets as guarantors. But God rejected both proposals. Only when the Jewish people pledged that future generations would uphold His word, that God accepted it. The Torah was too precious to be given to only a single generation. It had to be ‘a legacy for the community of Ya’akov (D’varim 33:4).

This is where the word ‘THERE’ comes in. What that means is that if future generations abandon the commitment to the Torah guaranteed by their ancestors at Sinai, whenever or wherever they may be, ‘THERE’ will be their burial. That would be their tragic end.

There is therefore no contradiction in the 2 aforementioned biblical passages. They willingly – even eagerly accepted the Torah in both instances. It was only in the sense of guaranteeing future generations that Israel showed some reluctance. On this point there was coercion.

Rav Ahron adds that the idea of holding the mountain over their heads like a cask is an exact expression. Freedom is most important gift God has bestowed upon mankind. But it is also the most abused and misunderstood of all moral values.

From the Torah’s perspective, freedom is to be treated as an opportunity. Which should be used maximize one’s potential. It is not an end in itself.

The last Mishna in Shas tells us that God did not find a better ‘cask’ in, which Bracha – blessing - can be kept than Shalom - peace.  ‘God will give strength to His people; God will bless His people with Shalom’ (Tehilim 29:11).

Shalom means the absence of conflict and the absence of the abuse of power. It is synonymous not only with peace but also with freedom. Shalom is merely a cask in which the Yeino Shel Torah – the wine of the Torah is kept. It is the opportunity for Bracha where fulfillment of our moral and spiritual potential can be realized.  As long as the cask opening is face up the wine is preserved. If on the other hand it is turned face down – the wine will spill out.

As long as we treat freedom as a cask, as an opportunity whereby the image of God in our souls can be realized, then freedom is the source of Bracha.  But if that cask is overturned and treated as an end in itself, then the wine of Torah  will be spilled out and lost to the grave of absorption.

Only in utilizing freedom properly by realizing the image of God within us, by committing our children to the Torah, can we preserve Bracha for our generation and all future ones.

*Adapted from The Warmth and the Light.