Just Say No… to Nonsense! 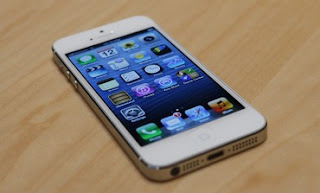 Stories like the one in a Jerusalem Post article are so common place that reporting on them is no longer news worthy. And commenting on them has become an exercise in redundancy. In fact I just wrote about a story like this. This story takes it step further though. It is not only about how evil smart-phones are. It is about how vile and disgusting the people who own them are!

I am beginning to find that the more I see a story like this, the more I just want to fold up my tent, and go home. No matter how much one wants to be Dan L’Kaf Zechus and judge people and their actions favorably, a story like this comes along which makes it extremely difficult to do so. Here is an excerpt:

During his tirade, given from behind a table with an iPhone sitting on it, the rabbi inveighed against anyone possessing the popular smart phone. “A religious person who owns this impure device is an abomination and a disgusting, vile villain,” (Rabbi Lior) Glazer said.

(Rabbi Glazer) then gave an account of a man who had purchased an iPhone, which “ruined his life” and on account of which he got divorced from his wife.

Of course Rabbi Glazer fails to take into account the very likely fact that this fellow probably had ‘issues’ that led him to “ruin his life” in that way. Issues that mentally healthy people do not.  That was the real cause of the problem.  As was the case with a Charedi principal who published his own story (in the now defunct Jewish Observer) of how he got caught up with child pornography on his computer.

Nonetheless, Rabbi Glazer, like virtually every other Rav in the very right wing Charedi world of Bnei Brak blames such things on the technology. And not the abnormal psychology of the individual.

This is not to say that there aren’t problems for normal people. Of course there is. Especially for children whom we want to protect from these images. But this community sees a problem and uses the nuclear option to solve it! It is tantamount to killing a patient that has cancer in order to destroy the cancer.  Obvioulsy they see absolutely no value in smart-phones.  Which is why the following happened:

At the end of his sermon, the rabbi recited a brief prayer requesting that God defeat the nation of Amalek, an ancient enemy of the Israelites and Jewish people used as a catchall for evil in general. He then proceeded to smash the offending iPhone with a hammer in front of his audience until it was left in pieces on the table.

I need not mention how absolutely ridiculous this is. Or how much ignorance this shows about the value of iphones. Or how futile this gesture is. Or the possible Chilul HaShem this may be because of how ignorant it makes our rabbis look.

I also seriously doubt there are too many people who bought an iphone who will be moved to rid themselves of it by hearing of this.  Nor do I believe that of those Charedim who do own iphones would ever access pornography – except for those like that elementary school  principlal that have some sort of psychological problem.

One of the things that I believe to be driving this mentality is the idea that it is only a problem for religious Jews. And that the non Jewish world is evil by nature. Or just doesn’t care about it. We are not like the Goyim. We are a holy people! We must separate ourselves from them!  And THIS  is how a Torah Jew deals with it!  THIS is how we are Mekadesh Shem Shamyim – sanctify God’s name!

Really? That is another big mistake they make. There is not a decent parent in the civilized world - Jew or gentile - that isn’t concerned by what goes on in the dark corners of the internet. Pornography is available at a single click of a mouse.Chat rooms abound with pedophiles trying to lure victims into their net all the time. They are good at what they do. They can entice even the nicest and most innocent young girls or boys from the best of homes to come and see them under the most innocent sounding pretext.

This happens every day. Hundreds of times. These rabbis are not the only ones who know that. Everyone does. It is not a secret. We are all in this together – Jew and gentile alike. The Torah world is not unique in its very legitimate ‘fear’ of the internet’s very accessible dark side. That’s why there are filters. Filters -  and guidelines of internet use for children - that were created by non Jews.

No rational person should do to an iphone what Rabbi Glazer and many others like him did, smashing it to pieces as though he was destroying Amalek… and treat anyone who uses an iphone as though they were the most vile people on earth!

A far better example for us is the non Jewish “First Family”. From the Daily Mail Online (May 12th):

Barack Obama has revealed that he made his eldest daughter wait until she was 12 before allowing her to have a cell phone. The President said that he finally agreed to give 13-year-old Malia a mobile last year - but banned her from using it during the week. His youngest daughter Sasha, nine, has been told she must wait before being given the same privilege.  During the week neither of the Presidential daughters can use their computers or watch TV for anything except homework either, he added.

This may not be the exact way we should handle it. But it is a lot closer to that than what Rabbi Glazer did. I think most rational people realize that smashing iphones is not the way to solve the problems of the internet.

I wonder just how many people are affected by something like this. It isn’t like Rabbi Glazer just decided out of the blue to smash an iphone in public. This technology was after all banned by another Bnei Brak Rabbi, whom many consider the Posek HaDor.  And he was not the only Charedi Rav in who banned it! Rabbi Glazer and others like him are simply taking their cues from them.

Is it just a few extremists or are there actually mainstream Charedi Jews who so shun the internet that they would resort to smashing them when they find them - as if they were destroying Amalek?  Is this how the world of the right sees it?

Is this the issue they think will destroy the Jewish people more than any other? If that is the case, how are they going to treat the vast majority of Jews who will no doubt ignore this event and the edicts that generated it.  It isn’t only Modern Orthodox Jews that use smart phones. It is the Charedi world too. Like Agudah Executive Director, Rabbi Chaim Dovid Zweibel, who pulled out his Blackberry during a speech he gave about the evils of the internet at the last Agudah convention!

Is there now going to be a new divide among Charedim themselves – the “evil” Charedim who are as vile as Amalek for having an iphone and those who think iphones should be smashed?

I almost hope that is the case. Because if that happens, I welcome the “evil” ones.  Because they are NOT evil.  They are normal. They will survive into the future. Those who smash iphones will isolate themselves into extinction. We should honor those who stay on the rational side of this new divide. And for their courage in just saying NO!  …to nonesense.