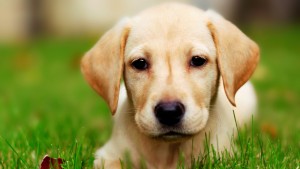 Unlike many of my co-religionists from Chabad, Religious Zionism, and even the Charedi Yeshiva world where the words of Rav Elchonon Wasserman in Ikvesa D'Meshcha are revered - I do  not believe we are in any kind of messianic era.  Despite what many in these disparate communities call evidence of it, I have yet to be convinced that Moshiach is coming any time soon. This does not mean I don’t think he can come at any moment. Of course I do. But there is nothing on the horizon that convinces me that his coming is imminent.

In part the reason for that is because the evidence cited by those that believe we are in messianic times are unique to their Hashkafos and possibly even contradictory to the Hashkafos of each.

Many in Chabad actually believe that he has already appeared on earth in the person of the late Lubavitcher Rebbe; died; and will be resurrected in a second coming. Or variations on that theme.

Religious Zionists believe that regaining possession of the land of Israel for the first time in 2000 years is the first flowering of the redemption that will be heralded soon by the arrival of Moshiach. The lightning victory of the 6 day war in 1967 which recaptured more of that land including the very significant recapture of Temple Mount - added to this thinking.

Basing himself on the words of the Vilna Goan and the Gemarah, Rav Elchonon Wasserman believed that the antisemitism of his time in Europe and rise of the secular Zionist leadership of the Jewish people where Torah scholars are scorned presages the type of holocaust against the Jewish people foretold as a possible scenario prior to the arrival of Moshiach. It is hard to argue that the holocaust did not fulfil that prediction. Except that we are now 70 plus past the holocaust.

Rabbi Yaakov Menken mentions in a recent Cross-Currents post that the Conservative Movement’s leadership is indicative of a famous quote from the Gemarah. That by hiring a re-branding firm - they leaders aren’t really leading. They are following. I made a similar point on a recent post. That may be true. But let us examine the actual quote and see whether it applies.

The Gemarah in Sotah ( Mishna 49a-b) describes what the world will be like in pre-messianic times. After a description of our behavior in those times showing how far we will have fallen from our lofty ideals; the Mishna concludes with the following declaration: Pnei HaDor K’Pnei HaKelev. The face of the generation is like the face of a dog.

Rav Yisroel ben Ze'ev Wolf Lipkin - better know as R' Yisroel Salanter explains this cryptic comment as follows. The face – meaning the rabbinic leadership – of that generation will behave like dogs. How so? Dogs run ahead of their masters and appear to be leading them. But in actuality they are following – always looking back at their masters to know which way to go. They look like they are leading. But they are following.

But is this how our rabbinic leadership behaves today? Are they looking back at their masters to know which way to go? And who might those masters be? Their Asakanim? Some might say so. There have been many incidents where a rabbinic leader was manipulated by their Asaknim to act based on how they characterized events and people - manipulating the desired response from them. Rav Nosson Kamentsky’s famous description of how his book was banned is a wonderful example of that.


I am not God forbid casting any aspersions on the rabbinic leaders of our generation. I do not believe that they purposely look to their Asknanim and base their decisions on what they think. I believe they are men of very high integrity that always try and see things through the lens of the Torah as they understand it. An understanding based on considerable knowledge gained during a lifetime of Torah study And as I said, I do not believe we are in the immediate pre-messianic era anyway. On the other hand when one sees this kind of thing happening one wonders what – exactly - is going on???
Posted by Harry Maryles at 12:37 PM